“To send men to the firing squad, judicial proof is unnecessary…These procedures are an archaic bourgeois detail. This is a revolution! And a revolutionary must become a cold killing machine motivated by pure hate. We must create the pedagogy of the The Wall! (El Paredón)”
— Ernesto ‘Che’ Guevara

This is going to go viral quite quickly so might as well jump on the train. Check out this news report from a Fox channel in Houston. They film a bit in a brand spanking new Obama campaign office in Houston and what do you see on the wall? A flag with a picture of the murderer Che Guevara:

But hey, the man was only responsible [singlepic=170,320,240,,right] for the execution of thousands of political prisoners, imprisoned because they opposed Fidel. He was key in setting up the Castro forced labor camps and secret police and in his spare time took in the sport of torture those same political prisoners, some of them children.

As Fontova points out, during the 1960s alone, the regime Che helped set up executed over 100,000 people, and incarcerated some 350,000 political prisoners out of a Cuban population that numbered only 6.3 million in 1960 (for more detailed figures, see the chapter on Cuba in the thorough Black Book of Communism

). Undoubtedly, there would have been even more executions and political prisoners if not for the fact that so many Cubans were able to flee to the nearby United States.

As Don Surber points out tho, it makes sense:

Well, why not. Obama is a lot like Che. His parents were elitists and maybe leftist. Sure, why not? 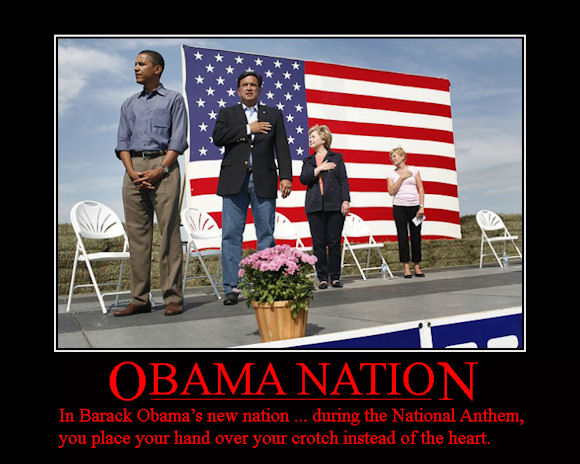 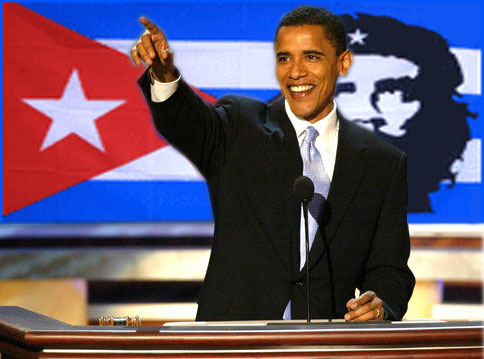 A very dangerous man who is getting quite close to becoming our President. Meanwhile you have the loyal party booster Juan Cole calling Ed Morrissey a party flack while making the argument that a flag of a murderer on the walls of a Democrat nominee for President is a-ok because, well, our policy on Cuba sucks.

The DummiesU crowd is claiming its not really a Obama office because its all volunteer workers in the office. You see, it only becomes a real office when PAID workers get there…..

Then the Che fanbois came out:

My understanding is that he is a great Latin American Hero, and yes, he was a revolutionary.

Sounds like that’s what George Washington was as well.

You are a fool…..if you think that Che is evil.