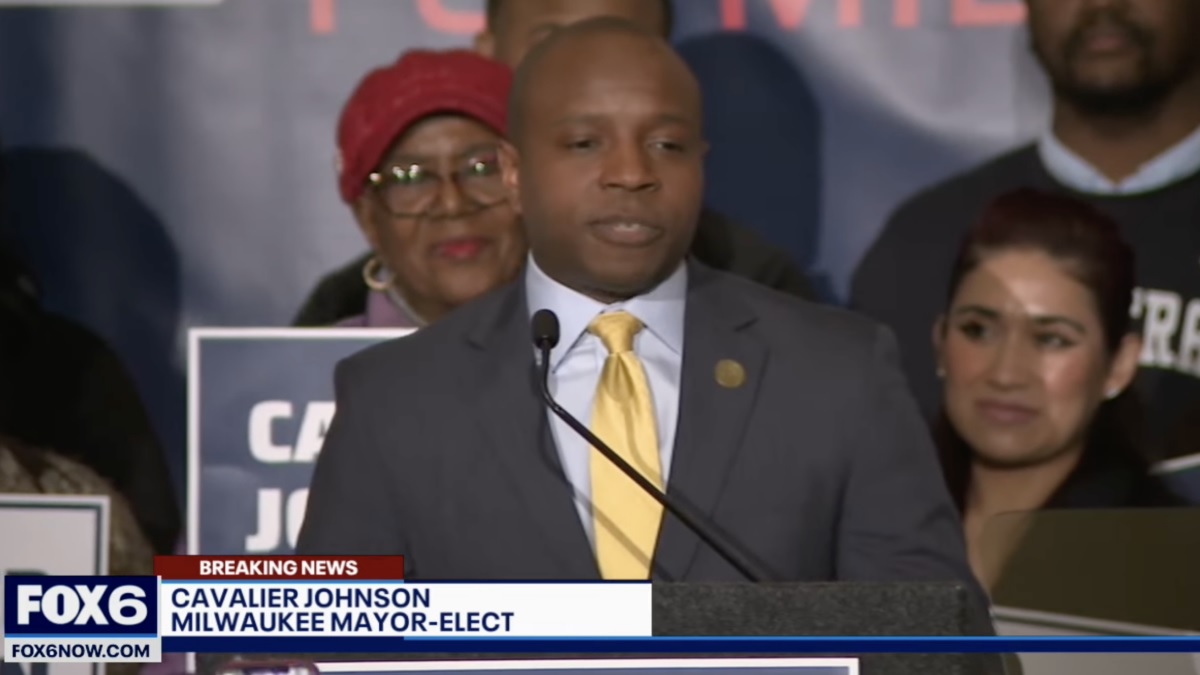 The Republican Party of Wisconsin has filed a lawsuit challenging the city of Milwaukee’s “Milwaukee Votes 2022” initiative, after an exclusive report by Empower Wisconsin revealed that Milwaukee Mayor Cavalier Johnson asked a Democratic Party operative for help spinning the city’s privately funded get-out-the-vote campaign, which some critics label “Zuckbucks 2.0.”

“The Republican Party of Wisconsin is deeply concerned that cities like Milwaukee are working with Democrat operatives and partisan third party groups to get out the vote in a manner designed to tip the scales for Democrats,” Mark Jefferson, executive director of the Republican Party of Wisconsin said in a press release. “Government’s role in elections must be to ensure fairness and transparency, not to benefit one party at the expense of another, and we will aggressively fight to ensure that election laws are followed.”

In text and emails obtained by state Rep. Janel Brandtjen’s public records request, Johnson and his aide Jeff Fleming ask left-wing operative and political consultant Sachin Chheda for how to respond to questions regarding “Milwaukee Votes 2022,” a door-to-door canvassing get-out-the-vote campaign “funded by the private sector.” Chheda has an extensive history of working for Democratic political campaigns, the Democratic Party of Wisconsin, and former Democratic Gov. Jim Doyle.

“Getting multiple media requests on where the $$$ is coming from for canvassing and outreach. Do you have an answer?” Fleming texted Chheda on Sept. 12.

“Private donors and foundations,” Chheda responded, before adding that Fleming could also direct reporters’ questions to Melissa Baldauff, another Democratic Party activist (and former communications director for Wisconsin Gov. Tony Evers) who is the spokeswoman for Milwaukee Votes 2022, per the records.

But Chheda then changed his mind, texting Fleming, “Actually hold on. Can we just sit tight for an hour and then get back to folks?” Fleming’s response was not included in the requested records.

A couple of days later, Chheda texted Johnson himself and asked if there was any update on “whether you got these questions at the art museum?”

Hey, Sachin. Yes they did ask about Milwaukee Votes 2022. I said that it is:

– an initiative that we spoke about going back to May

– encourages all voters to be engaged regardless of party

– Isn’t much different than the activity we see before elections

Johnson had originally told reporters that the city was helping with Milwaukee Votes 2022’s get-out-the-vote efforts. He later walked back his comments by saying the initiative would be carried out without government support. Texts and email exchanges between Johnson and Chheda suggest otherwise.

“Wanted to let you guys know we have been approved for a $1 million grant from The Center for Secure and Modern Elections,” Chheda wrote in a Sept. 2 text to Mayor Johnson and his chief of staff Jim Bohl. “The money is coming to the High Ground Institute to support the nonpartisan Milwaukee Votes 2022 Canvass as we discussed. We should set up a meeting next week to give you guys the full update.”

The Center for Secure and Modern Elections is a leftist advocacy group created by the New Venture Fund, a 501(c)(3) nonprofit that promotes radical changes to America’s elections, including automatic voter registration at state agencies. The center is also closely connected to the Center for Technology and Civic Life, one of two leftist advocacy groups that funneled a $419 million grant from Mark Zuckerberg — colloquially labeled “ZuckBucks” — to fund the private takeover of government election offices during the 2020 contest. Wisconsin was a key recipient of Zuckbucks.

They rigged the 2020 Presidential Election.

Why would we trust any election, after that, if they continue to allow companies and foreigners to pump money into a campaign?

By the way, if a white female college-aged “volunteer” has to come harvest your vote and give you a beer or amazon gift card, YOUR VOTE IS FRAUDULENT.

Remember when Democrats whined about too much money in elections? Yeah, those were the days, when they thought every dollar the Republicans spent was unfair. Now they have Zuckbucks and that’s all in the past.

0
Reply
Michael
Reply to  Deplorable Me

Democrats appear to be thinking, “Why allow the bad guys to wield a weapon that we don’t allow ourselves to use?”

Democrats appear to be cheating, just as they appeared to be (and turned out were) cheating in 2020. Democrats will use more fraud and use Zuckerbucks to tamp down Republican voters. That’s what power-hungry despots with a failing record do.

0
Reply
Michael
Reply to  Deplorable Me

“Democrats will use more fraud and use Zuckerbucks to tamp down Republican voters.”

Yeah, you don’t care how the Constitution gets raped as long as the left comes out on top, never stopping to question WHY the left cannot win legitimately on their own merits.

Glad you said the quiet part out loud, and forfeited your American citizenship.

You are an enemy of our state.

Fight well, traitor. This ends now. You people are poised to rig the elections, and even Bill Gates said that will spark a civil war.

Internet tough guy indeed. You’ll be in class collecting your taxpayer check, pretending nothing is happening.

So has it always been with cowards.

So you keep telling me.

You’re a walking, talking red flag. If I knew you lived near me, I’d actually be worried that you might kill me.

Shouldn’t you be working on the curriculum for the next day or actually teaching? Seems you are here quite a lot. I guess the kids can just teach themselves, huh?

Trump beat Hillary with HALF the money, which is impossible..by modern election standards.

Biden was pumped full of about Six Billion from banks, tech, pharma, and corps….and they STILL had to rig the election.

Democrats are the bad guys, and they’ve been using illegal election weapons for quite some time.

You’ve become the bigoted religious zealot with money you thought your fighting.

There’s no evidence of Republicans using tech billionaires to pay $400 million to hold their own shadow election system, like Zuckerberg. No Republican said “Biden won’t win. I made f*cking sure of that” like Dominion employee Eric Coomer did about Trump, complete with actual software glitches.

No GOP vote counters ousted the poll watchers and then kept counting.

No igloo coolers showed up late.

No videos of counters biases for the GOP handing off zip drives or pulling boxes from under the table.

Yeah….the “weapons” are wholly, and completely, on the side of the cheating Democrats.

Democrats have more money for elections.