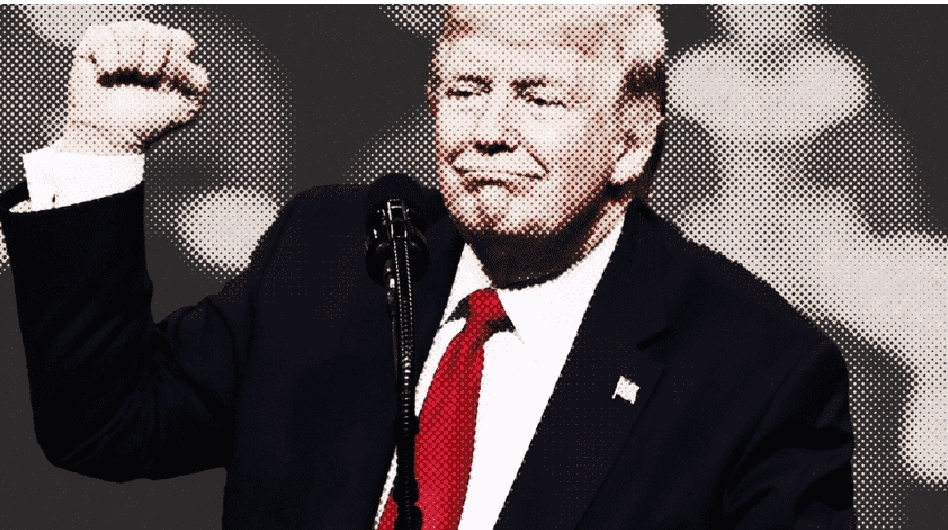 Conservatives across America, and indeed, the entire Western world, have plenty of reason to embrace doom and gloom.

The entire world seems to be on fire. Long-held assumptions of Western liberalism like equality under the law, free speech, and even truth itself seem to be not only under attack, but completely falling apart. Cultural Marxists have weaponized concepts of gender and race against society, unleashing radical feminism, anti-white racism, and transgenderism against normal society. Basic morality and the value of life are under assault by postmodernism and anti-religious zealots. The seed of Western Civilization—Christianity—is in freefall in the United States.

The recent FBI raid on former President Donald Trump’s Mar-a-Lago home, the first such raid in our country’s 250-year history, seems to be the straw that broke the camel’s proverbial back. It serves as yet more proof (as if more was needed) that the “wise restraints that keep men free” have been completely unshackled inside the highest levels of our government as an unprecedented Rubicon has been crossed.

Our day-to-day lives seem to be getting worse too. The COVID-19 pandemic and subsequent lockdowns caused mental and emotional damage to school-aged kids that we haven’t even begun to address. Young people aren’t having families, or even getting jobs like they used to. Young men walking into public places to commit acts of mass slaughter is just taken as routine. We are visually assaulted by vile public sex parades and now, even young kids at school are sexualized in the classroom and in public libraries. Parents take their children to drag queen shows. The streets are full of homeless people openly taking drugs. Rioters destroy cities and kill people like clockwork every few years.

More quietly, millions of people are enslaved to the hedonism of secular life, using alcohol, prescription medication, social media, and pornography to distract from the meaninglessness they’ve constructed around themselves. Who can blame a conservative for feeling dejected when looking at all this? America is a dark place right now.

But perhaps we have reason to be hopeful. More reason than you think. Indeed, I feel that the current darkness we’re seeing has a purpose.

For we are entering the final phase before victory–victory over the forces of leftism and totalitarian control, “The Fourth Turning” if you will.

If you can, imagine America at the turn of the millennium. Old foes like the Soviet Union were in tatters. The economy was good. Neoliberalism was dominant. Republican George W. Bush won the presidency that year, ending the Democratic dominance of the White House that characterized much of the 1990s. Conservatives had plenty to be happy about. Of course, there were some who warned us that America was still on the wrong path. Patrick Buchanan, in his 1996 “Culture War” speech and beyond, told us that America was on the wrong path. But most conservatives never picked up on this.

The Bush presidency, of course, turned out to be a major disaster. The War on Terror created a wide-ranging security state that is now being used to target domestic opposition to the regime. The 2003 invasion of Iraq was an epic blunder, and the invasion of Afghanistan, though justified, was dragged out for far too long with no clear, winnable objective. All of it culminated in the financial crisis.

The disasters of the Bush years delivered virtually one-party rule in 2009, with the presidency of Barack Obama. The Tea Party movement provided substantive resistance to the overreach of Obama, but too many Americans, conservatives included, were still caught up in the idea that they were dealing with the same old Democrats that had been around forever. Democrats themselves even invited these comparisons, championing the late Ted Kennedy in their push for Obamacare. As a result, no candidate in the 2012 race was really able to embody or channel the anger of the Tea Party and we were left with Mitt Romney.

President Obama himself provided a nice cover for more insidious far-left ideologies. At the time of Obama’s election, things like transgenderism, pronouns, “white privilege,” safe spaces, CRT, and trigger warnings weren’t concepts that average Americans were even aware of. There was no Black Lives Matter or Antifa. Obama himself was still against gay marriage at the start of his presidency. That’s not to say that there were no culture war issues–there were. But wild left-wing ideas about society had not yet migrated off of college campuses. Things were still somewhat “normal.”

Over the eight years of the Obama presidency, all of the ideas listed above would explode into public consciousness and eventually come to dominate national conversation. This phenomenon, dubbed by some as the “Great Awokening,” has shocked many Americans and caused a sense of whiplash among many people who formerly thought of themselves liberal. As Elon Musk said, he voted for Democrats throughout his life because they were the “kindness party,” but he no longer sees them this way. Instead, Musk said, he sees Democrats as “the party of division & hate.” Indeed.

But what is behind the massive and rapid spread of these divisive ideas? What caused the Great Awokening that has so corroded our public discourse and corrupted our institutions?

It’s simple: liberals got too confident.

McCain and Romney were too polite, too nice. They were the “establishment” Republicans that Trump despised and that wanted to destroy him. They thought the Democrats were still establishment, too, and would continue to play the quid pro quo game of “you scratch my back and I’ll scratch yours.” They, like every other establishment Republican were eaten alive.

After McCain’s mamby-pamby approach to the campaign, I supported Gingrich because in addition to being smart and effective, I viewed him as a fighter that would not back down and certainly would not have let (too much) Candy Crowley get away with coming to Obama’s rescue during the debate.

Trump didn’t put up with that shit and he gave others the confidence to grow a pair and stand up for the American people instead of simply padding their portfolios.

The left was overconfident in 2016. They committed some election fraud in the way of illegal immigrants voting, but didn’t feel they needed much to push crooked Hillary over the finish line. They miscalculated.

In 2020 they knew they needed LOTS of help in the way of fraud because, despite the DOJ/FBI/IC/Media onslaught, Trump was wildly popular. It took MASSIVE election fraud to drag that dilapidated bag of shit idiot Biden over the finish line and they see the writing on the wall for 2022 and 2024 and will pull out all the election fraud stops. The nation has to be diligent; our survival depends on it.