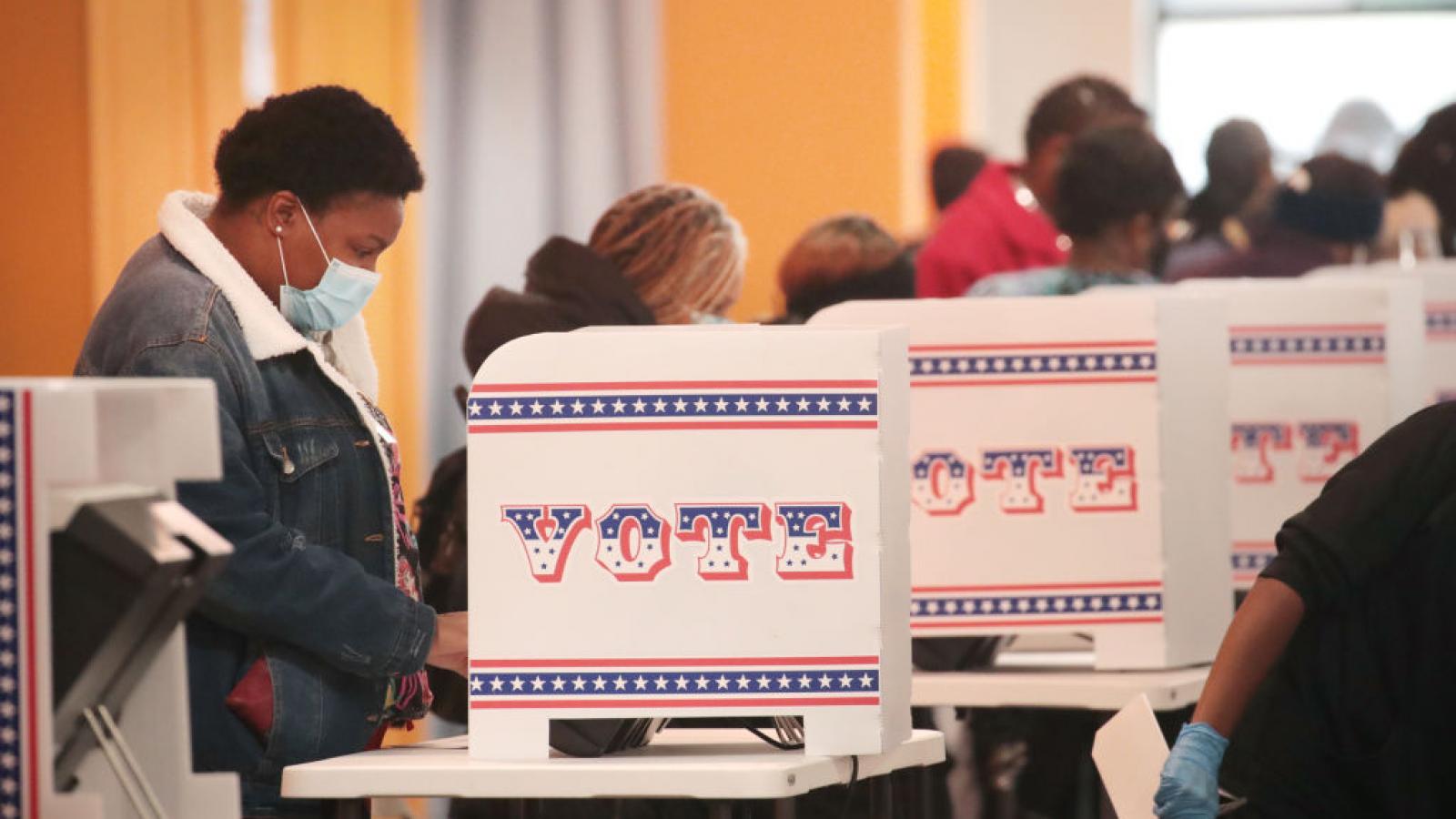 Move over Arizona and hold on Pennsylvania, the next election integrity investigation to take center stage is occurring in Wisconsin, where a former state Supreme Court justice empowered by the Legislature to compel testimony and document production is gathering steam.

Interviews with more than a dozen witnesses, officials and lawyers who have interacted with retired Justice Mike Gableman and his staff suggest a strong focus on the role election bureaucracies played in changing the rules — without legislative consent — for how ballots were sent out, filled out, collected and counted.

Gableman’s early investigative work as special counsel appointed by Wisconsin Assembly Speaker Robin Vos is shining a spotlight among other things on the Wisconsin Election Commission, a statewide body created by GOP lawmakers after an earlier political rigging scandal in the state known as the John Doe investigations. The commission provides guidance and rules to the 1,852 election clerks in the state on how to conduct voting.

The commission in 2020 altered numerous state voting rules and procedures during the pandemic, often without seeking legislative permission. The changes range from allowing nursing home staff to help fill out resident ballots to giving permission to election clerks to fill out missing witness information required for absentee ballots.

Those two changes alone affected thousands of ballots in a state in which Joe Biden was declared the winner with a narrow margin of just 20,600 votes.

Perhaps even more consequential, the commission gave its blessing to an idea first conceived by election clerks in the blue counties of Dane and Milwaukee that voters could claim the normally rare status of “indefinitely confined” if they were too scared to go out during the COVID outbreak. The change allowed nearly 250,000 people to vote by absentee without complying with required voter ID rules.

That advice, the Wisconsin Supreme Court ruled after the election, was unlawful. Only people who determine they have bona fide disabilities and infirmities are allowed to vote as “indefinitely confined,” and regulators had no right to declare the pandemic as such a condition, the justices ruled in the only major court decision after Nov. 3 to declare a large bloc of votes as potentially illegally cast.

Gableman has the ability to determine why the rules change was made, whether it was influenced by politics and how many of the 249,769 people who voted as indefinitely confined in 2020 didn’t meet the legal criteria and simply voted that way on the flawed advice of regulators.

As a point of comparison, only about 72,000 voters in 2019 sought “indefinitely confined” status, leaving open the possibility that 150,000 or more voters in 2020 did not meet the proper standards, officials told Just the News. The potential total could be seven times the vote margin of Biden’s victory.

Gableman also has signaled a focus on Wisconsin’s big blue urban areas of Milwaukee, Madison, Racine, Kenosha and Green Bay. Those five voting metropolises accepted more than $6 million in unprecedented donations to their election coordinators and judges in 2020 from the Center for Tech and Civic Life, a nonprofit funded almost exclusively by Facebook founder Mark Zuckerberg.

The money, which also went to other major voting jurisdictions across America in 2020, has provoked enormous controversy, as Just the News has previously reported. First, the so-called Zuckerberg bucks allowed a single billionaire to route his money outside the normal campaign finance system to  election referees.

Secondly, the donations came with strings attached that influenced how elections were carried out in the municipalities that got money. Documents previously obtained by Just the News, for instance, show officials in Green Bay and Brown County were required to conduct voter registration drives among specific minority groups that tend to vote Democrat.

And former Brown County elections clerk Sandy Juno told Just the News professional elections experts like herself were sidelined in last November’s election in favor of a liberal activist from the East Coast brought in with the Zuckerberg money. “We need to be really on top of this, because if this is how elections are going to go, we won’t have election integrity,” Juno said in a recent interview with Just the News.

Officials and witnesses familiar with Gableman’s document requests indicate he also is interested in investigating two events staged by election officials in the liberal bastion of Madison under the banner of “Democracy in the Park.”

Gableman is investigating allegations that poll workers were instructed to go to the city’s parks on Sept. 26 and Oct. 3 and collect ballots from voters even though Wisconsin does not allow for voting in locations outside approved precinct voting stations.

Those who have interacted with Gableman’s team say he appears focused on substantive issues and committed to identifying how ballot collecting and counting was improperly changed in 2020 and how it can be improved or fixed by the Legislature for future elections.

“Some of the earlier election audits and hearings have had a bit of folly to them, things that caused the media to take them less serious,” said one person who has interacted with Gableman in recent weeks, whereas Gableman “seems to be serious about focusing on what matters and what can make Wisconsin elections better for the future.”

His work, however, has not escaped criticism. The state’s Democrat attorney general and a key Republican state lawmaker expressed concerns Monday about the start of the investigation and its early subpoenas and whether it should continue.