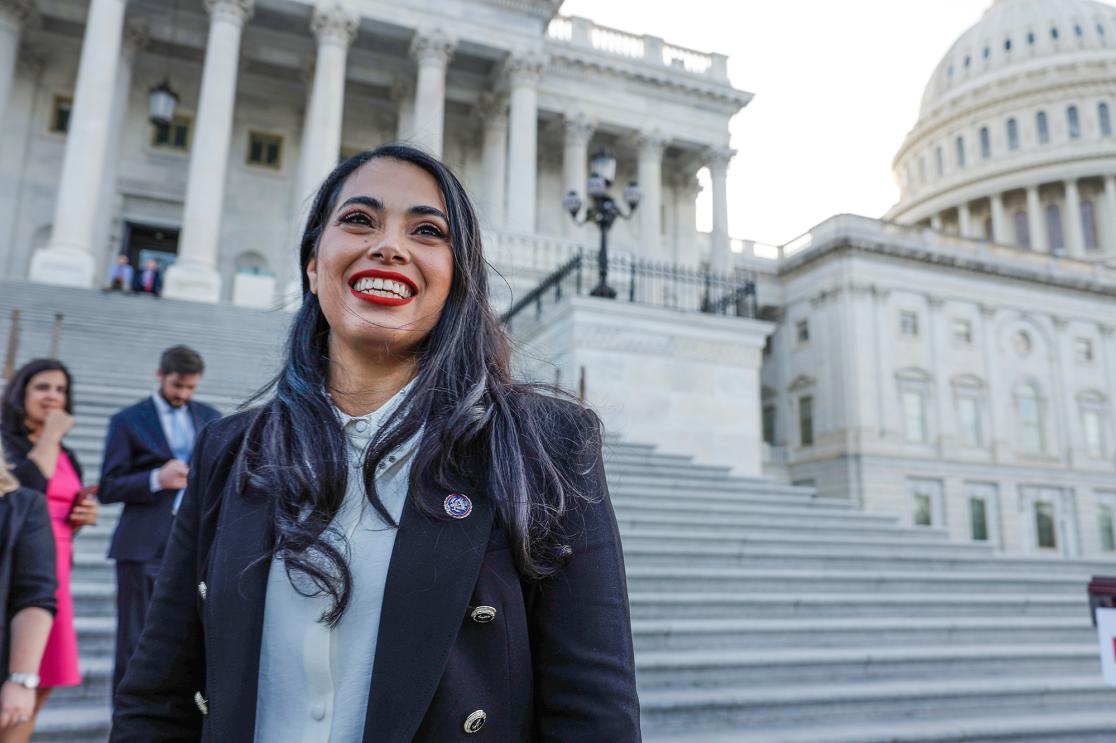 Mayra Flores was sworn in as the first Mexican-born member of Congress this week. And she did it as a Republican running in a Texas district that has only ever elected Democrats.

Flores, a 30-something mother of four, told me she was brought up with “strong conservative values that focused on faith, family and hard work.”

She won nearly 51% of the vote against her Democratic opponent’s 43% in the special election to replace Democrat Filemon Vela, who retired before his term ended.

She even earned the vote of Texas transplant and billionaire Elon Musk, the Tesla and SpaceX CEO, who revealed on Twitter he had just made his first-ever vote for a Republican candidate: “I voted for Mayra Flores — first time I ever voted Republican. Massive red wave in 2022.”

Flores will serve out the remainder of Vela’s term and must face Democratic nominee Vicente Gonzalez in November’s general election to keep the seat. While her initial term will be short-lived (and she has a tough fight ahead of her in the general), her victory signifies the growing shift of Hispanic voters connecting with a more conservative message.

The voters in Flores’ 34th congressional district are 84.5% Hispanic. Flores, who hails from the northeastern state of Tamaulipas, Mexico, and came to the US “legally” with her family when she was six years old, is a respiratory care worker and the wife of a border patrol agent. Her campaign never shied away from the issue of border security and her belief that everyone can earn the American Dream.

“People want you to understand the things that are really impacting their lives, like inflation, education policies, the border crisis, which is literally in our backyard, escalating crime and the drug crisis,” said Flores in an interview with The Post.

“We need a legal immigration system that works — not what we have going on here everyday in the district,” she said of the flood of migrants entering the southern border daily.

Flores said she got involved with her local Republican party several years ago when she realized she lined up with their views on faith, education and border security.

She said Hispanic voters see themselves as Americans, while Democrats see Hispanic voters as an ethnic voting bloc. “Because of that they felt entitled to our vote,” Flores said. “The problem is they do not represent our values of faith, community, work ethic or the desire to seek better opportunities.”

Although Flores’ Rio Grande Valley district has been controlled by the Democrats for more than a century, the party’s support here is steadily beginning to erode. While Obama won here by a whopping 22.1% just 10 years ago, Biden took it by just 4.2%.

Cameron County — which is 85 percent Hispanic and located on the border — has swung 14.3 percentage points toward Republicans in less than two years. Biden took that county by 13.2 percentage points; Flores won it by 1.1%.

Flores’ remarkable victory is reminiscent of the 2010 red wave, when Republican House candidates in the Rust Belt states of Ohio, Michigan, Wisconsin and Pennsylvania swept seats that Democrats had held for generations. The media and the Democratic Party never expected Hispanics to vote Republican in the same way they never expected legacy blue-collar Democrats to flip parties in the 2010 and 2014 midterms. But they did.

House Minority Leader Kevin McCarthy (R-Calif.) said Democrats have taken these voters for granted. “They always believed they were entitled to their vote in the same way they believed for years they were entitled to the working class white vote, but when you stop talking to voters about things they care about — kitchen table issues like inflation, crime, the cost of gas or utilities and securing the border — you lose them,” he said.

“While Flores was talking about those issues in the closing days of the election, her opponent was running on [the Capitol riot of] January 6. That showed how out of touch Democrats are in understanding what people are worried about right now,” McCarthy said.