When no one steps up to deal with violence and insanity 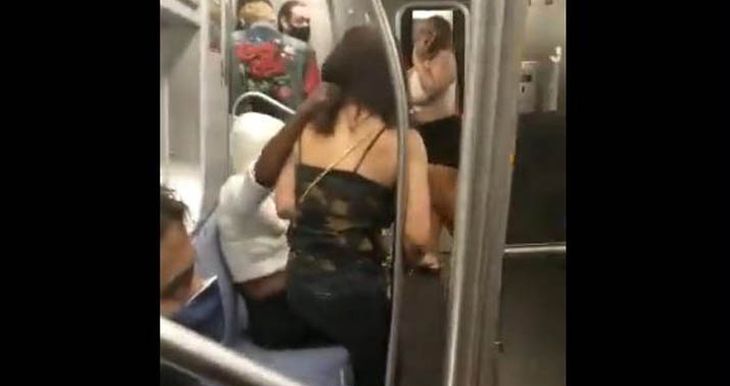 We’re all still wondering why police in Uvalde, Texas didn’t storm the classroom and kill the gunman given that active-shooter training indicates that’s what should happen. Also this week there’s a video circulating on Twitter which has me wondering almost the same thing. Why did no one act?

A viral video on social media shows a woman being assaulted on a New York City subway train as bystanders keep a safe distance away from the scene.

The video shows an individual acting out on the subway. As other passengers move away, the individual pulls one passenger down onto a seat by her hair.

Here’s the clip [some NSFW langauge]

Just another day in new york city safest subway system, where innocent people are being harassed and assaulted.

But the mayor wants you to ride the subway instead of driving, to save the environment. pic.twitter.com/9FfVzfzLoC

On the scale of New York City disturbances, this one was so minor that it seems no one reported it. So far as anyone knows, there’s no police report. No local news outlet covered it. Fox News wrote about the video because it was trending online but even they don’t seem to know when or where it was shot. The guy filming is clearly visible in the middle of the clip but you can’t hear what he’s saying and I don’t think he’s been identified. Neither has the the crazy man who is the focus of the video. He’s still out there I guess.

Except for the video itself, this entire incident was considered beneath notice. And yet, this is obviously dangerous. This man is clearly on drugs and is out of his mind. He’s behaving violently and erratically. He grabs one woman by the hair and he verbally threatens people and tries to smash the window with his feet. He’s a real danger to everyone.

And no one does anything. No one tells him to let go of the poor woman who is clearly terrified. No one wants to become the focus of his attention, which is understandable. And yet I found myself wishing one of the large men on the train would step up and face the danger rather than letting a small woman face it alone.

The video appeared the day after the Uvalde shooting and before we knew that police had waited outside the room where the shooter had locked himself inside. But I can’t help think there’s a similar calculation going on in both cases. As one DPS spokesman said, police didn’t want to get shot. Better to “contain” the gunman in a room with his innocent victims until the proper team and the proper equipment had arrived. And if that took 75 minutes, well, better safe than sorry. That was the thinking at the time. And we’re hearing today that other cops on the scene were unhappy about it but none of them did anything until the BORTAC agents finally got sick of waiting and went in and killed Ramos.

The scene on the train isn’t the same but the mood is similar. You have a deranged and violent person in a small area with a bunch of potential victims and everyone decides not to engage.