Was the Russia Hoax a Chinese Operation? Were the Chinese Involved in the 2020 Election Fraud? 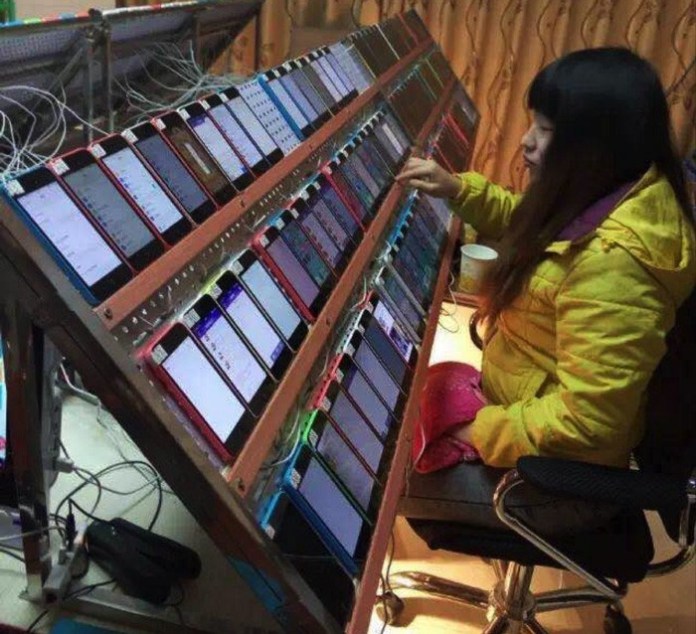 By Stu Cvrk and Larry Schweikart

Were the Chinese Involved in the 2020 Election Fraud?

Massive election irregularities during the 2020 election have been exposed in sworn depositions from many witnesses in state hearings, technical data analyses performed by statistical experts, many written depositions in several lawsuits affidavits were sworn under threat of perjury, and many videos that captured election fraud criminality.

Director of National Intelligence John Ratcliffe recently confirmed in an interview with CBS News correspondent Catherine Herridge that Communist China (along with other nations) interfered in the 2020 presidential election. A report detailing that foreign interference is due out within weeks.

The key goal of the Chicom election meddling campaign is to essentially effect a political coup in the United States because President Trump’s foreign policy has directly threatened the Chicoms’ long-term goal of world domination. An election fraud panel discussed that coup in this highly revealing video.

Warnings about Chinese interference in the 2020 election was made by President Trump’s National Security Advisor, Robert O’Brien back in September. O’Brien stated that “… the Chinese have taken the most active role … and [has] the most massive program to influence the United States politically … I am not going to go into all the intelligence, but the massive activities of the Chinese and cyber realm, it’s really an extraordinary thing that we’re facing. We’ve never seen anything like it. It was nothing like this in the Cold War with the Soviets.” Chicom election meddling includes the use of hackers, fake social media accounts, and bot farms, as well as the exploitation of fellow travelers with the legacy media, to influence U.S. voters and decision-makers.

Back in September, Facebook removed a network of over 180 China-based fake accounts, some of which were apparently attempting to influence the U.S. presidential election. Nathaniel Gleicher, Head of Security Policy for Facebook posted on the official FB blog that the accounts were removed because they were “inauthentic” and “posted content both in support of and against presidential candidates Pete Buttigieg, Joe Biden and Donald Trump” in attempting to influence the American electorate. Facebook defines “inauthentic” as being false accounts established on behalf of a foreign or government entity to convey propaganda.

Other Big Tech companies have been penetrated by the Chicoms to influence U.S. public opinion in recent years. As detailed here, YouTube has hired several Chinese software engineers with direct ties to the Chinese Communist Party. It is thus no surprise that YouTube has censored political speech of pro-Trump voices – a practice that began during the 2020 campaign and has accelerated since Election Day. As reported here, in September, Facebook hired “six employees [who] previously worked for the state-backed Chinese telecommunications firm Huawei,” which may explain why Facebook postings of the Hunter Biden laptop and subsequent revelations by Biden family business partner Tony Bobulinski were censored by Facebook before the election.

And not to be outdone, Twitter hired Dr. Fei-Fei Li as an independent advisor back in May. She was previously a vice president at Google and an artificial intelligence expert with ties to the CCP’s ubiquitous United Front Work Department. Of course, it is entirely coincidental that Twitter’s meddling with pro-Trump Twitter accounts somehow accelerated from that point on, and the President’s own tweets about the transparently obvious election fraud have been flagged routinely since Election Day with the phrase, “This claim about the election fraud is disputed.” Oddly, Joe Biden’s tweets about having “won the election” do not receive the same flagging even though plenty of people dispute his claims based on solid evidence of massive election fraud!

The Chinese have been developing their political influence operations for years, as summarized here:

Years before the advent of Facebook and Twitter, Beijing initiated a well-resourced and multi-pronged campaign to positively influence public opinion about China worldwide and neutralize potential threats to the regime’s carefully crafted international image. Such efforts began with relatively benign person-to-person exchanges and the cultivation of discreet relationships with influential U.S. business executives and decision makers. In the intervening years, these efforts have expanded to include disinformation; coercion; threats of retaliation; clandestine operations and the weaponization of the West’s regulatory, legal and lobbying loopholes. … [T]hey seek to achieve political outcomes in the United States and other democracies that are beneficial to Beijing.

In April 2020, the Chicoms honed their direct election meddling techniques in South Korea’s national election, sweeping the leftist party of incumbent President Moon Jae-in to an overwhelming victory despite evidence of unprecedented election irregularities that were detailed in an independent report entitled, Fraud in South Korea’s April 2020 Elections. The irregularities discussed in the report were categorized as follows: Digital/Electronic manipulation of the vote, National Election Commission (NEC) Server (with firewalls from Huawei!), manipulation of QR codes for validating individual votes, use of counterfeit ballots, ballot ‘chain of custody’ problems, statistically improbable voting patterns, and ‘early’ voting’ versus ‘election day’ voting result inconsistencies. This report comments on Chicom involvement in the fraud in that South Korean election:

The April 15, 2020 election rigging allegations claim that China played a direct role in the election rigging scheme, to include technical aspects such as computer hacking and Big Data analysis. Huawei hardware in the election infrastructure also has been cited in these allegations. China could have deployed the necessary technical expertise to manipulate vote totals or otherwise assist with rigging the April 2020 election. China arguably had motivation, opportunity, access, and expertise [to do so].

Note that the “irregularities” in the South Korea national elections are exactly the same kinds of irregularities found during the US election on November 3rd. But what evidence exists of direct PRC influence in the 2020 election this year besides the general allegations of cyber hacking, bot farms, and fake social media accounts noted above? Here are several pertinent reports:

*Bulk ordering of fake US ballots. There is a video at this link that contains an audio recording in Mandarin Chinese of a phone call request for 5.4 million fake ballots to be produced by a Chinese factory in Kwangtung, China.

*Fake ballots transshipped to the US. Attorney Sidney Powell confirmed in an interview with NTD News’s Sean Lin that she has collected evidence of fake ballots that were printed in China, and that fraudulent ballots were still being intercepted crossing the U.S. border as late as December 3rd.

*Chicom funding of the Facebook Fact Checker. As reported here, a key Facebook political fact-checker, Lead Stories, is partially paid by TikTok, a social media platform run by a Chinese company that owes its allegiance to the Chinese Communist Party.

Staple Street Capital, a private equity firm located in New York, purchased Dominion in 2018, according to a press release. The securities firm that arranged the transaction, UBS Securities LLC, is a division of UBS Americas Inc., which ultimately falls under UBS Group AG, a company listed on the SIX Swiss stock exchange. Three out of four board members of UBS Securities LLC are Chinese, at least one of whom appears to reside in Hong Kong.

*Dominion Systems technician worked for a CCP military proxies. As reported here, the “Core Infrastructure Manager of Information Technology at Dominion Voting Systems previous worked a China Telecom,” which “has been identified by the U.S. Department of Defense as having collaborated with the country’s military for over two decades.”

Chinese ownership interests in Dominion Systems, employment of Chinese technicians with PLA-related experience, use of Chinese-made components including modems for internet access in U.S. voting systems, Chinese-produced fake ballots, and forensic evidence of external access (hacking/meddling) of voting systems during the election are not simply coincidences. They are evidence of Chinese meddling in the 2020 election.

Chicom influence operations in the U.S. transcend involvement in corrupting American cultural institutions like the media, Hollywood and Academia. In recent years, they have become much bolder in providing funding and support for their preferred candidates and political causes favorable to Chinese interests. Let us examine some examples.

The Chicoms have been funding and organizing much of the civil unrest and rioting in American cities over the past nine months:

China had a central role in providing financial support, structural assistance, ideological manifestos, and mass and social media propaganda tools to America-hating radicals who are intent on destroying this nation and its people’s way of life.

And they are not shy about soliciting donations from Americans and others to augment Chicom “direct investment”! On the webpage for Black Futures Lab, a project of Black Lives Matter founder Alicia Garza, donations are directly solicited for the Chinese Progressive Association, a 501c3 non-profit organization (!) that is a Chicom-controlled front organization.

Much of that support has been funneled through domestic Communist organizations, including the 66,000-member Democratic Socialists of America (closely aligned with Antifa), World Workers Party, Revolutionary Communist Party, and the Party for Socialism and Liberation. All of these organizations have been involved in organizing and funding the riots across the nation this year.

There were other aspects of Chinese meddling in US domestic riots in 2020. According to Radio Free Asia, the Chicoms leveraged the Chinese consulate in Houston, Texas, to find sympathetic Americans willing to participate in riots instigated by BLM and Antifa: