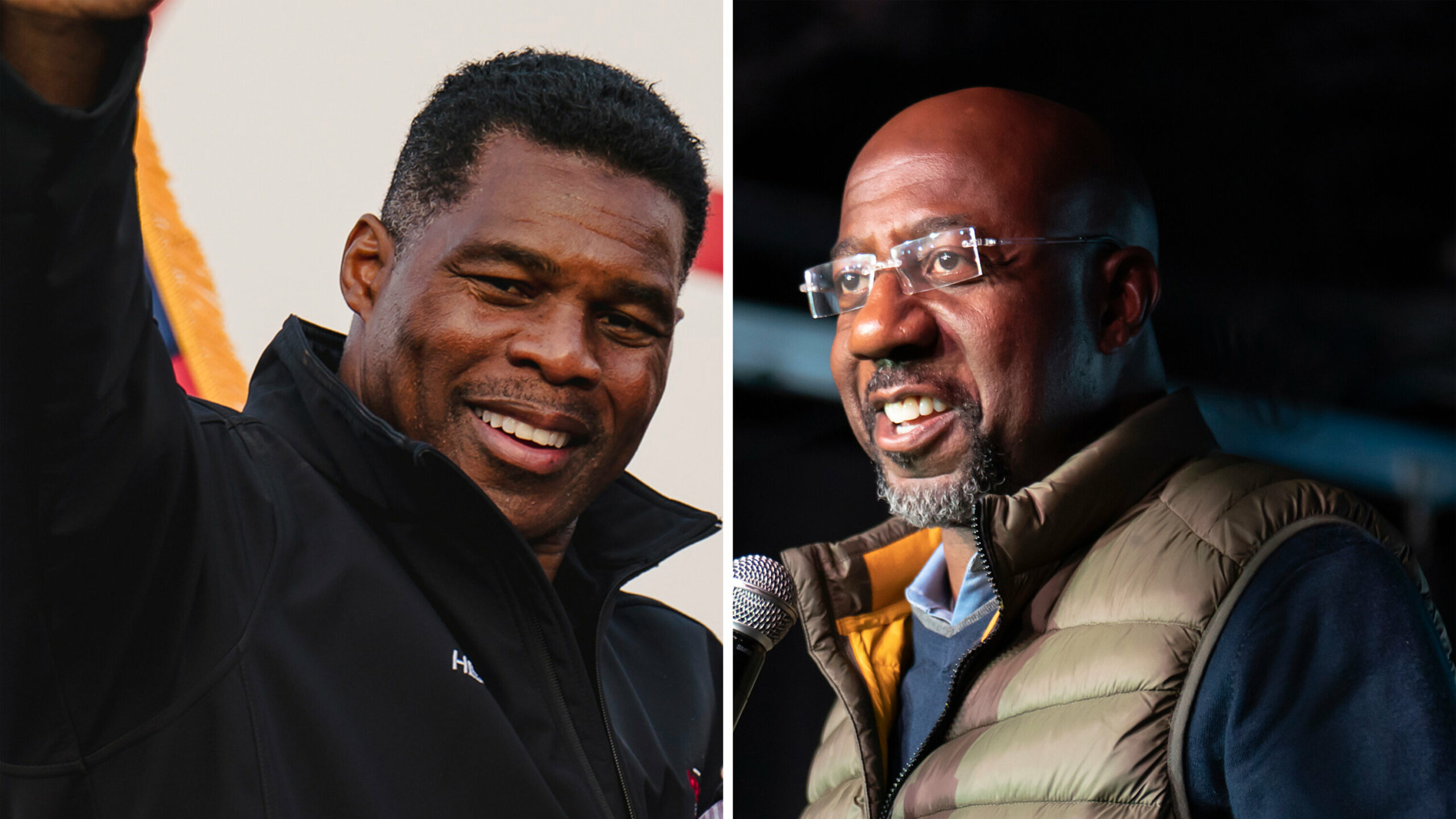 The Democrats extended their grip on the Senate and rendered the potential dissent of Joe Manchin irrelevant with the victory last night of Raphael Warnock over GOP challenger Herschel Walker for Georgia’s Senate seat.

Warnock’s victory will give Democrats an outright majority in the Senate after two years under a 50-50 divide, with Vice President Kamala Harris casting tie-breaking votes.

The win cements President Joe Biden’s unexpected midterm success, allowing his party to grow the majority in the Senate.

What a sorry situation that was, given that the contest seemed so winnable … and wasn’t.

What does the Senate do?

The Senate has two important and specific duties. Senators are empowered to conduct impeachment proceedings of high federal officials, are tasked with exercising the power of advice and consent on treaties, and play an important role in the confirmation (or denial) of certain appointments including ambassadors and judicial court justices.

Now Biden will have a free path towards nominating the craziest of the crazy left Supreme Court justices, be in a position to squelch potentially bipartisan legislation, end the filibuster, provide advice and consent on U.S. treaties (Hellooo, United Nations rule!) and serve as jury for votes on impeachment. This Senate, with its 51-seat majority, will be in a position conduct considerable mischief, all without having to worry much about John Fetterman being absent for health reasons, or Joe Manchin getting a case of the willies from his constituents. Nor will it have much use for Kamala Harris to break ties, which frees her up for more selfies, Vogue photo shoots, and campaigning for president in Joe’s stead, particularly if Joe experiences a full lights out. Lastly, Republicans will no longer have dibs on half the committee seats, which are there to determine whether legislation should go forward, it’s winner take all with that Warnock seat majority.

No wonder the gushiest of leftists (and some on the right) are now hailing or have hailed, Warnock, a marginal character with a skeevy personal record a couple years ago, and a completely leftist record as Senator since, as Democrat presidential material now. The Democrats couldn’t be happier. “Warnock’s Victory Forges Democrats’ Path Through the New Battlegrounds,” the New York Times wrote.

Obviously, something is wrong. Georgia is a historically red state surrounded by other red states yet has become an island of ‘blue’ in a region that doesn’t take too kindly to huge overbearing federal government, high taxes, high crime, soaring gas prices, record inflation, Critical Race Theory, the trans agenda in schools, and all the other ‘gifts’ to the electorate brought by Democrats. It would have made sense for Georgia’s Republican candidate, to have won that race, but that didn’t happen.

And that makes the case for new GOP leadership. GOP leader Ronna Romney McDaniel is a fine person, a reliable conservative, a person who can get along with any fractious branch of the Republicans, who has never insulted conservative voters, but she’s now presided over the loss of the last three election cycles, plus this last fiasco in Georgia. Were she a baseball team manager or a CEO, it would be time to replace her. Several viable candidate have opted to challenge her for the post, and it’s time to pick one of them if for nothing else to try something else.

NBC gives a pretty accurate, if incomplete, list of some slam dunk reasons why the expected GOP victory in Georgia didn’t happen:

Senate Republicans had been hoping to get a headstart on the 2024 election, when the electoral map heavily favors the GOP. But Walker was dogged by scandals, a more than 2-to-1 spending disadvantage and lack of confidence in both the candidate and his campaign from some GOP officials.

Walker’s scandals didn’t help, but they were balanced out by Warnock’s scandals, such as his church’s involvement in a slumlord operation which evicts homeless vets, so scandals abounded. But the 2-1 spending disadvantage and the obnoxious statements from the likes of Mitch McConnell and others about “candidate quality” stunk bigtime and should have been squelched by whoever was running the GOP. Apparently McDaniel could neither stop McConnell nor secure a balance of funding against the Warnock juggernaut to put Walker over the finish line. The fact that Walker came within a hair’s breadth of winning anyway without it tells us how much potential ‘win’ there could have been in that race had it been an evenly matched contest and McConnell had kept his turtle trap shut.

NBC also claimed that the Walker victory was a testimony to the fading influence of Trump but the jury is out on that one. Trump, after all, did win in 2016, much to the Democrats’ surprise, and he may have won in 2020, too, despite the media’s pooh-poohing of the matter — and the shenanigans in Georgia with all its suitcase balloting, fake water main breaks, and sent-home observers as the counting went on.

All of that has been dismissed as nonsense by the GOP establishment as well as the left, while to voters it remains a live issue with ‘just shut up’ not a credible explanation.

Much has been made of one phenomenon that seems to be advantaging Democrats — the quest for early ballots “in the bank” before the election itself, which apparently give Democrat operatives more time and resources to ballot-harvest, or “get out the vote,” or lean on independents for the rest of their registered electorate. This is something Republicans apparently weren’t on the ball for in the case of Georgia.  Georgia doesn’t register by party, according to this chart, but there are likely other indicators of who votes Republican and who votes Democrat and who’s an independent that could have made a difference if Republicans had focused harder on getting hold of their ballots. Gathering “ballots, not votes” is the name of the game now in elections, as the important essay by Conservative Treehouse has noted.

You have to be a helluva candidate to defeat both the opponent and the media. Walker might not have been a super candidate but Warnock is a scumbag, a socialist racist misogynist deadbeat that tried to cover up abuse of children at his day camp.

God, but I worry about the future of this country.

1
Reply
Greg
Reply to  Deplorable Me

Herschel Walker was a defective candidate. Someone more articulate, informed, and intelligent than Mr. Walker would have made the election a contest of issue and opinions, rather than raising questions about competency.

Oh, so because Walker doesn’t drop the black vernacular, he’s not “articulate”? As to informed, he was highly informed; he knows idiot Biden created the border crisis, the energy crisis, the inflation crisis, the Afghanistan crisis, the Ukrainian crisis, the crime crisis and that it takes the Republican policies in place before idiot Biden f**ked the nation over. Walker didn’t go to college just to play football; he got a degree.

Meanwhile, Warnock does whatever the squad commands, just like idiot Biden. He is a racist and anti-Semite. He tried to run over his wife and skipped on his child support. He’s a liar (well, being a Democrat, that goes without saying). The Democrats are destroying this country and Warnock is more than happy to help, as he thinks it is racist.

It’s not vernacular. It’s the information deficiency, and the fact that he’s just not very smart. He would have been somebody’s puppet.

There was no information deficiency on Walker’s part. Of course, when you are a Democrat, you don’t need information; you would be lying about everything, as Warnock did. Idiot Biden is a puppet, Warnock is a puppet. AOC tells them what to do.

And, Warnock is racist, Walker is not. That’s a tipping point.

The GA senate runoff was rigged, so it’s a moot point.

Beating any incumbent is difficult.
Add in the media siding with that incumbent.
Then add in what got Mitt Romney in trouble once: 47% of Americans are reliant on gov’t largess.
Since covid that number has skyrocketed.
Who promises more dole?
Dems.
And nowadays even Mitt Romney is on the side of Warnock over Walker, so…