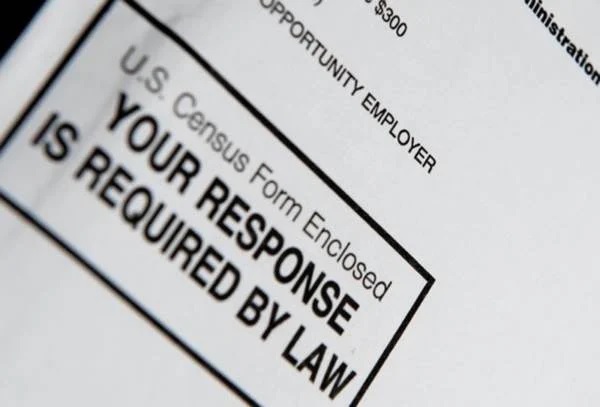 The Gateway Pundit previously reported on how 14 states were significantly miscounted in the 2020 census.

Out of the states that were undercounted, most of them were red states.

Out of the states that were overcounted, most of them were blue states.

According to analysis, the inaccurate counting cost Florida and Texas one house seat each — for the next 10 years!

They also called for an investigation if Republicans retake Congress.

Well, well. Remember how Democrats accused the Trump Administration of trying to rig the 2020 Census? Now a Census Bureau study reveals that Republican-leaning states may have been hurt by mistaken under-counts.

But recall that progressives in autumn 2020 sued to kick the reapportionment into the Biden Administration. By law the Census was supposed to be complete by Dec. 31. Yet Democrats claimed that bureaucrats needed more time to do post-survey accuracy checks. They got their way. Whatever accuracy checks the bureau used, they evidently failed.

This week’s report notes that over-counts were partly due to people or census workers filling out duplicate surveys. For households that didn’t respond to the survey, bureaucrats imputed how many people live at an address using other government data such as welfare benefits or literally their best hunch. Surprise—they often guessed wrong.

If Republicans take control of the House, an oversight investigation into the Census seems warranted.

Well, well. Remember how Democrats accused the Trump Administration of trying to rig the 2020 Census?

Democrats telegraph what they are up to by accusing others of it.

Baghdad Bob, greg, will vociferously claim the is no shred of evidence that the democrats, who steal elections, would conduct fraudulent census numbers. Did they count illegal aliens as 3/5ths or as a full person?

Jul 05, 2019 · What was Supreme Court Justice John Roberts thinking? He ruled the administration’s rationale for including a citizenship question on the census was “contrived” — in other words, a lie …

Rather an overly simplistic answer there Michael. You think he controlled all the levers of the census? Weak sauce answer from you. Trump tried to get citizenship put on the census and the left fussed about it.

“Rather an overly simplistic answer there Michael.”

No more simplistic than the things you guys say about Biden all the time—or Trump, for that matter.

Please be specific On the surface that reply is a complete dodge.

Do you believe the citizens of this country are deserving of proportionate representation in the House of Representatives?

No more simplistic than the things you guys say about Biden all the time—or Trump, for that matter.

None of you leftists ever substantiated any of your simplistic accusations of Trump.

Quite naive, fraud is cause by human interaction. The mere fact that the fraud occurred while President Trump was President in no way vindicates those who engaged in fraud. Your ease with which you dispense of those responsible shows you are constrained by 1st order thinking only. Those who are 1st order thinkers are a detriment to a civil society.

All people like Michael and Greg need to accept lies and corruption is an explanation they can believe. Even when they know it is a lie, it’s still an explanation.

They are both paid to simply sh*t on the conversation, Bannon-style. Greg is love with Steve Bannon, as we can clearly see.

It’s not the miscounts… it’s the tabulations, which happened under idiot Biden’s fraudulent term.

Good to know you think that way. Therefore:

I looked and the citizenship question was removed in 2010 by the Obama administration.
No less than 3 people came to camp, which is not a residence each told it was not a residence but a recreational property, I filled the paperwork out twice for Zero the youngsters were very nice but a bit nervous driving down a dirt road clearly marked Private no trespassing in the middle of the sticks. There is no mail delivery nor mail boxes only an address for purpose billing of taxes and electric for those that have service.(both those bills are sent to my residence)
Made me wonder how many times they went looking down the same road if you travel a short bit past my place you cant turn around you have to back down the “road” til you reach a “driveway”.