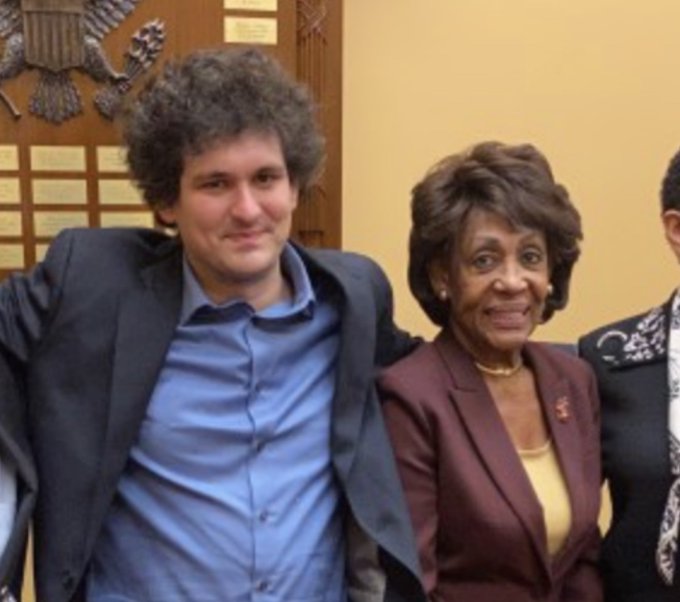 It appears Sam Bankman-Fried is using the ‘Simple Jack’ defense…

Bankman-Fried started the interview by saying he’s deeply sorry about what happened.

“I didn’t ever try to commit fraud on anyone,” Bankman-Fried (SBF) said.

He claims he was shocked by what happened this month.

“I have limited access to data,” Bankman-Fried said about his attempt to reconstruct what happened over the past month.

Which makes us wonder – if he didn’t have the data, who did?

Which we note is not a denial, and as NYT notes, on the commingling of funds, there appears to be ample evidence suggests that Alameda and FTX shared an account at their U.S. banking partner Silvergate. Not sure how that could square with SBF’s claim that that didn’t occur, or wasn’t aware it was occurring.

Over and over again, SBF calls it an “accounting mistake” claiming that there was a difference between FTX’s audited financials vs FTX’s internal dashboards showing Alameda’s positions.

SBF tries to distance himself from the trading firm, claiming he did not have the bandwidth to run two companies (FTX and Alameda).

“I wasn’t running Alameda,” he says.

“I was nervous because of the conflict of interest of being too involved.”

Clearly SBF is attempting to throw Caroline Ellison, the former CEO of Alameda under the bus as responsible for the downfall.

Asked when he knew there was a problem, he responded “Nov 6th”, which just happens to be the day that Changpeng Zhao, also known as CZ, publicly tweeted he’d be liquidating Binance’s holdings of FTT.

When they looked at the data, they realized “there was a potential, serious problem there,” he says. Alameda’s position was huge on FTX, and it had just taken a huge hit.

When asked by Sorkin if his lawyers support him speaking publicly about this, SBF says “no they are very much not.”

“I have a duty to talk and to explain what happened.”

“I’m looking to be helpful anywhere I can with any of the global entities,” he says.

SBF framed the whole debacle as a risk management problem that got out of hand in what he calls a “run on the bank,” and that he was unaware of any actions taken by Alameda.

The former White Knight notably squirmed uncomfortably when asked if he is concerned about criminal liability, stuttering the comment that “there’s a time and a place for me to think about  myself and my own future.  I don’t think this is it.”

“I don’t personally think that I have” criminal liability.

Asked whether FTX’s charitable endeavors were part of a PR campaign. Some were real, he said.

But “there are things I felt like we needed to do for the business.”

With regard to his massive donations to Democrats and cozy relationships with regulators, he said he participated in these types of things, and he wishes that this wasn’t how the world worked, blasting the ‘greenwashing’ that many firms have to do.

“I spent probably thousands of hours in DC trying to get to the point where I could actually have meetings with some of the regulators,” Bankman-Fried said. He said it wasn’t an issue of donations or money — it was a matter of repeatedly asking for meetings and submitting documents.

Sorkin asks SBF about the adderal use and group sleepovers. SBF responds, “We messed up big.”

“Look, I screwed up,” adding that we “completely failed” on risk management, and conflict of interest risk.

On reports of drug use at FTX, SBF says “there were no wild parties. At our parties we play board games. Twenty percent of people would have a quarter of a beer each and the rest of us would not drink anything.”

He says he has been prescribed various things to help him concentrate. “I think they help me focus a little bit,” he says.

Finally, when asked if he was truthful, SBF said:

“I was as truthful as I’m knowledgeable to be,” SBF said.

Bankman-Fried ended the interview by admitting:

“I obviously wish that I spent more time dwelling on the downsides and less time thinking about the upsides.”

Perhaps the most memorable line of the whole thing was this: “Look, I’ve had a bad month,” claiming that he has just one working credit card left, and admitting “I don;t know what the future holds.”

Sadly, we have a feeling justice will never be done here for the 1000s of FTX clients who have lost millions…

No, but seriously, the only way Sam goes to prison is if he misgenders some pre-op https://t.co/frNQqmu733

“I can’t promise anyone anything,” he says.

As we discussed last week, Sam Bankman-Fried has now demonstrated that he is both a pathological liar and a sociopath, the kind who in “explaining” to his employees how he stole billions (over $4 billion according to new FTX CEO John J. Ray) from the now bankrupt FTX, an act which left it insolvent and without liquidity, called it “loans” which were “generally” not used for “large amounts of personal consumption” (just “small amounts” used for such trivial items as $40 million penthouses and private jets).

And the only reason we don’t officially call him a criminal just yet, is because he has not yet confirmed he used client money from his exchange to fund his personal hedge fund, an act which would cost any other individual decades in jail… but not prominent democrats like SBF or Jon Corzine, of course. Plus it’s the US legal system’s job to do that, not ours. Although we are growing increasingly skeptical this prominent Democratic donor will ever see the inside of a courtroom.

It’s not just us: with much of the entire world demanding to know how this corpulent 30-year-old still has not been thrown in prison, or at least charged with a variety of crimes, the NYT has now confirmed to the entire world what a farce the one-time paper of record has become, and how it is willing to whore itself out for clicks – not to mention prominent Democrat donors – because following such luminaries as Janet Yellen, Larry Fink, Mark Zuckerberg, and Volodymyr Zelensky, none other than SBF will be speaking with Andrew Ross-Sorkin at the NYT Dealbook “summit” this evening…

The shocked, stunned, and simply disgusted reactions to this grifter’s appearance have continued…

I’ll be speaking with @SBF_FTX at the @dealbook summit next Wednesday (11/30) by hiding in one of the bathroom stalls and surprising him while he’s using the urinal.

What questions should I ask him?

How did this dude steal billions of dollars and is now speaking at a summit as a free man?

Hey @andrewrsorkin, can you also please invite AG Merrick Garland to the summit: we'd love to see him shake hands with SBF https://t.co/twLcOLQUtP

When SBF flies safely back to the Bahamas after attending the @dealbook summit pic.twitter.com/qgYCyQMlUA

While the FTX founder hasn’t gone completely silent since the collapse of his crypto empire, this marks one of the first times he’ll speak in front of a live audience.

And while we are certain that the NYT – which we assume is done writing puff pieces on behalf of SBF after it became a laughing stock last week – would be quick to mercilessly cancel and expel from its “prestigious” conference anyone who had misgendered some post-op transsexual, it is willing to give this thieving pathological liar and sociopath a forum in which to profess his innocence to the entire world, and by association with other Democrat “celebrities” such as this one…

Find a photo of him wearing a MAGA hat and he goes to jail.

That’s OK.
Looks like we’re all going to be required to throw our money on the fire.

joe has just recommended that retirement investment houses and other investment firms ignore “profits,” and focus on social justice and climate change.
Screw making money for your customers.
just throw their money into these loser money pits.

If the way electric companies used to pay you to put in a “smart meter,” then try to shame you into putting in a “smart meter,” and have now begun to turn off your electricity if you refuse a “smart meter,” is any indication of the progression, joe will soon move to require investments into wind, solar and green instead of merely recommending it.