There’s another MAJOR discrepancy with Cassidy Hutchinson’s testimony, this one confirmed by Eric Herschmann 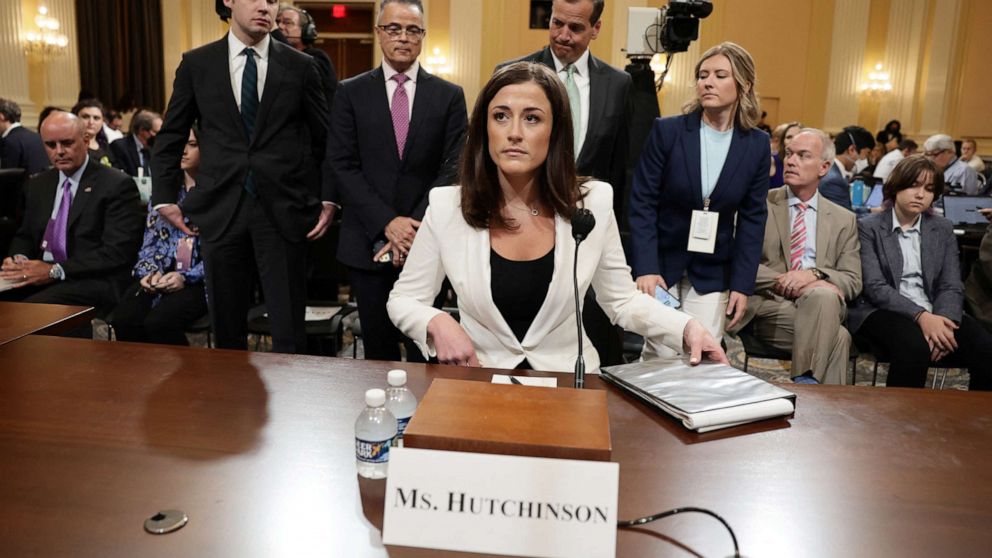 It’s not just the bogus limo story. There’s another major discrepancy with Cassidy Hutchinson’s testimony from yesterday’s January 6 Committee hearing, this one confirmed by another star witness for the committee, White House lawyer Eric Herschmann:

BREAKING: Former White House lawyer Eric Herschmann says that it is not true that Cassidy Hutchinson wrote the handwritten note that she testified on Tuesday that she wrote. He says it's not true because he was the one who wrote the note. https://t.co/jBBtnOwzTn

“The handwritten note that Cassidy Hutchinson testified was written by her was in fact written by Eric Herschmann on January 6, 2021,” a spokesperson for Herschmann told ABC News Tuesday evening.

“All sources with direct knowledge and law enforcement have and will confirm that it was written by Mr. Herschmann,” the spokesperson said.

At Tuesday’s hearing, Hutchinson, testifying about the note, said, “That’s a note that I wrote at the direction of the chief of staff on Jan. 6, likely around 3 o’clock.”

“And it’s written on the chief of staff note card, but that’s your handwriting, Ms. Hutchinson?” Rep. Cheney asked.

Over to you, Liz Cheney:

Eric testified under oath. Liz Cheney questioned him about that note. She knew Cassidy was lying.

And how many more lies will there be?

A Secret Service source told me earlier: “FYI, I’m calling bullshit on the Secret Service story. You think none of us would have never heard of this as an internal rumor? No fucking way.” https://t.co/NqEoljvBeD

The Secret Service ultimately has to follow all of the President's orders… So aside from the fact that it was physically/logistically impossible for Trump to try to wrestle the limo steering wheel away… he would've never needed to.

The January 6 committee clowned itself.

We are now at the “it doesn’t matter that the January 6th committee pushed false allegations, look how bad the orange man still is” phase of this buffoonery.

And to the same clowns on the right who will swallow anything anti-Trump fed to them, congrats on getting conned again.

This sham committee is allowing perjury and false evidence to be internationally broadcast in an attempt to smear Trump so that he doesn’t run again.

This is the most egregious abuse of power I have ever seen and why normal Americans hate Washington DC.

Well, AOC won’t stand for that! She wants perjury prosecuted!

Why even swear someone in when everything they testify to is something they say they heard or thought?

As any lawyer will tell you (if being honest), few things are less reliable than a proceeding with no adversarial component. These hearings have zero.

One can assign whatever blame one wants for that, but perhaps it means journalists should be…skeptical…of assertions there. 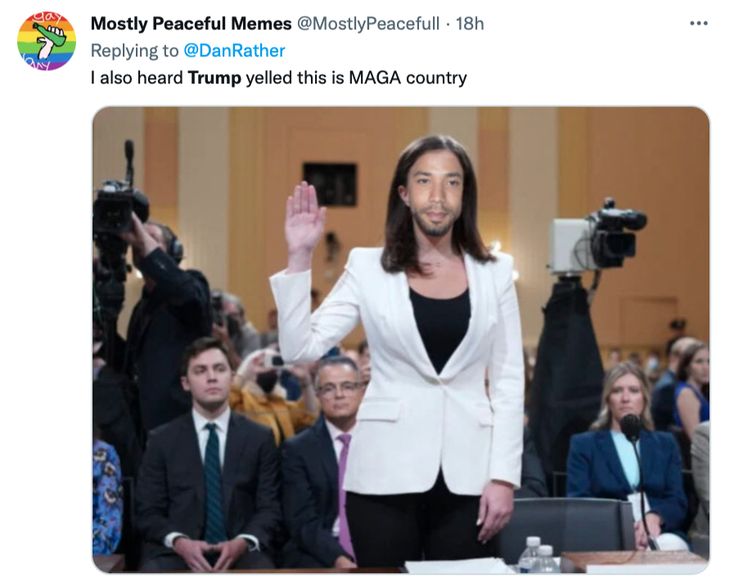 Again… “special” hearing because of “new evidence”. This thing is the very definition of pathetic.

The day she testified there were a few journalists who “believed” her.
What they are saying today is that they ASSUMED the committee, at the very least, examined her testimony by going to her sources.
They did not.
Embarrassing backtracking today.
Allahpundit at Hot Air is a good example.

I noted in this afternoon’s post that the January 6 committee has already interviewed Engel. Maggie Haberman reports that they interviewed Ornato too, many months ago. I assumed they had already corroborated the details of the SUV incident with the two of them and were having Hutchinson tell her story today in anticipation of Engel and Ornato telling it themselves in future testimony. Otherwise, why the hell would they have Hutchinson pass on a story second-hand on national television which might not bear out under scrutiny, causing it to blow up in their faces?

I assumed too much, it seems.

Being under oath meant nothing to her. She has the Democrat shield.

Since Christine blazy ford, no one has come near her level of absurdity. Now we have 2 sugars Cassidy.

The j6 group of clowns had nothing if this was the MOAB. Time to shut this joke down.

My biggest problem with the J6 "bombshells" isn't even the lies. Rather, it's that they would add up to nothing even if they were true. "Trump wanted to go to the Capitol!"

So what? He had just asked people to go peacefully protest there. Is there evidence that wasn't his plan?

MORE LIES: Cassidy Hutchinson ALSO Lied about Handwritten Note in Testimony — And Liz Cheney KNEW IT WAS A FALSE because the Actual Author of the Note Testified It Was His!

This sham committee has zero credibility. Their intent is to fabricate something that is not there

Bill Clinton was to have allegedly coached someone to lie under oath in testimony.

liz cheney should be expelled from congress for unethical behavior.

she is a disgrace.

Much time and energy spent. But are you washing anyone’s brain besides your own???

“Fake Stories… No Cross Examination, No Real Republicans, No Lawyers… Unselects Should Be Forced to Disband.” – President Trump on Corrupt Jan 6 Committee