The Zoom Class Gets Covid 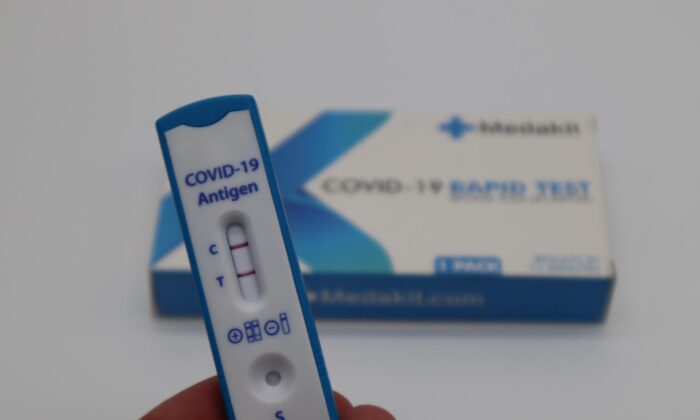 by Jeffrey A. Tucker

For nearly two years, we’ve wondered how this will end. In retrospect, the clue is in how it began.

The initial lockdowns had a strong class-based component. The working classes were assigned the job of delivering groceries, tending to the sick, driving the trucks filled with goods, keeping the lights on, and keeping the fuel running. The professional class, among whom were the people who pushed lockdowns in the name of disease avoidance/suppression, were assigned the job of staying home in their pajamas and staying safe.

It all happened seemingly in an instant. We all had to figure out whether our job qualified and what we should do. More striking at the time was the very notion that government bureaucrats could slice and dice the population this way, deciding what can open and what cannot, who must work and who must not, what we can and cannot do based on our station in life.

So it now seems obvious to me. This whole disaster would finally come to an end (or at least the end would begin) when it became obvious that the great strategy of class division and demarcation would fail to protect the Zoom class from infection.
That day has finally arrived, with cases soaring in many parts of the country and hitting everyone of every class, whether they are being “careful” and adhering to the “mitigation measures” or not. What’s even more striking is how even the vaccines, which were supposed to codify the wisdom of class segregation, have not protected against infection.

All of this seems to have taken place over the course of December 2021, with the arrival of the seemingly mild Omicron variant. Still the other variants circulate widely, causing various degrees of severity with or without hospitalization much less death. In other words, millions from among all classes of people are finally getting sick. At this point, we seem to be seeing a big shift in attitudes.

A lot of this comes from casual conversation. A person comes down with Covid, perhaps confirmed by the newly fashionable at-home tests. “Did you get vaccinated?” the person is invariably asked. The answer comes back: yes and boosted. That’s when the chill happens. It appears that nothing can ultimately protect people from this. In which case, it is time we change our tune.

“Thousands who ‘followed the rules’ are about to get covid. They shouldn’t be ashamed,” headlines the Washington Post.

Feeling ashamed about getting covid-19 isn’t healthy or helpful, experts agree…. Remember: You’re not a failure. “Millions of other people have gotten sick,” (Seema) Varma says. “Unfortunately, you’re not alone. You’re not the only one. You’re not the first one to get covid, and you won’t be the last.” And that positive test, she reiterates, “doesn’t make you an irresponsible person.”

So on the piece goes, with a complete flip of the narrative they have long preached: anyone who gets Covid has failed to comply, disregards of Fauci’s advice, probably lives in a Red state, rejects the science, and otherwise bears the mark of selfishness and the desire to put freedom ahead of public health.

Getting Covid has heretofore been part of a human stain, consistent with the very long history of demonization of the diseased and the attempt to attribute sickness to moral sin. This impulse dates back to the ancient world, revived with a ferocity in 2020.

To be sure, the concept of class has always been less prescient in American history, due to our long history of having eschewed titles and social barriers and in favor of mobility and universal rights. Slavery was unsustainable in this history for this very reason. The American ethos has aspired perhaps not to a classless society but to one in which the concept is so opaque as not to have much cultural or political explanatory power.

That all changed with lockdowns. We were introduced to strict, state-imposed categories that had been previously unthinkable. Sheets were issued by public-health bureaucrats with long lists of institutions that could stay open and must stay open, businesses that must shut because they are “unessential,” and workers who were suddenly entitled to get paid even though they did not show up to their jobs. It became overwhelmingly obvious who was who.

In addition, this strict categorization of people and life conditions affected even sickness. Most governors in the United States overrode the learned experience and knowledge of hospital administration and forcibly reserved medical services only for Covid patients or emergency services. “Elective” surgeries and procedures would just have to wait.

This was true so too for essential and nonessential travel and activities too. As time went on, we gradually found out what was considered nonessential. It was church. It was singing. It was going to the beach, attending parties, holding parties, hanging out in a bar, traveling on vacation. Essentially, anything that would normally be considered fun came to be associated with disease, thus further cementing some kind of cultural relationship between sin and disease.

So powerful was this class demarcation that it overrode people’s normal political instincts. The left, long priding itself on its egalitarianism and universal class aspiration, took to the new class system very quickly and easily, as if the betrayal of all political ideals was just fine given the public health emergency. The demand that everyone go along with the experts was something that decades of American political experience had taught us to be gravely mistaken. But in a few fateful months lasting nearly two years, this demand drove out every other consideration.

The driving ambition here, though never explicitly stated, was to assign the burden of bearing the disease to the lessers among us. That is a conventional model used in illiberal societies throughout history. The elites who had both granted and benefited from lockdowns took it as axiomatic that they deserved disease purity and health more than those who worked to keep society running. And that scheme seemed to work for a very long time. They stayed home and stayed safe and kept clean while the virus circulated in season after season.

It’s hard to know what the end game here was. Did the Zoom class honestly believe that they could forever avoid exposure and infection and thus the development of natural immunity? Certainly they did for a time believe that the shots would spare them. Once that did not happen, there was a huge problem. There were no more tools remaining to perpetuate the disease castes that had been forged back in the day.

Now that the people who tried to protect themselves are no longer able to do so, we are seeing a sudden rethinking of disease stigmatization, class disdain, and the treatment of others as sandbags to shield people based on class. Now it is suddenly no longer a sin to be sick.

Fascinating! What went wrong here? Everything. The notion that public health should thusly divide people—based on one pathogen—contradicts every democratic principle. That idea still survives with the vaccines, regardless of the known limitations. The people who invested in these personally and socially will continue to use them to divide and conquer.

It also helps to be able to make and enforce rules you don’t yourself intend to follow. That’s always fun for the ruling elite. But COVID19 don’t see class ﻿

Why did we comply? Swat teams sent to taverns, police sent to arrest a dog groomer where the customers left and picked up the dog in an out door kennel never entered the building, police respond to a parent that was playing with the kids alone in a park. There was never a law that was passed that would warrant such a response ever.

You’d have to be some kinda weak minded person to feel ashamed for getting a virus. Pisstawff makes a lot more sense.