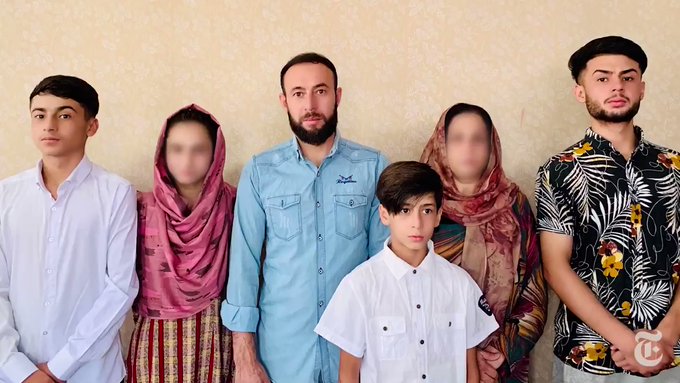 There is no doubt that the management of the evacuation of Afghanistan is one of the biggest goat-ropes since the ill-fated Desert One (Operation EAGLE CLAW) affair in 1980. Worse than the mismanagement was the stain on American arms of abandoning American citizens and green-card holders to the Taliban (The State Department Tells US Citizens to Leave Kabul Airport and Go Home, and Other Horror Stories From Our Impending Kabul Catastrophe) and, according to numerous reports, doing little to nothing to retrieve Americans while American special operations forces veterans (Private American Citizens Are Risking Their Lives in Afghanistan Doing What our Troops Should Be Doing) and the militaries of allied nations, particularly the British and the French (British Evacuation Commander Says He’s Cut out of US-Taliban Discussions Plus the Best Rumor of the Day), did the heavy lifting of escorting evacuees from inside of Kabul to Hamid Karzai International Airport (HKIA…or whatever the Taliban may have renamed it to).

To compound the ineptitude, thirteen young Americans, most of whom were infants when al Qaeda highjacked four airliners on September 11, 2001, were killed in a suicide bomb attack on an American checkpoint at HKIA (The Kabul Mission Begins to Unravel and We Can Expect to See Much Worse and Yesterday Was One of the Bloodiest Days in the Afghan War Because of the Choices Joe Biden Made and He Owns the Outcome).

Shortly afterward, CENTCOM launched a drone strike against an ISIS-K “facilitator” dozens of miles from the site of the suicide bombing. Allegedly, ISIS-K was the force behind the suicide attack, but then, and now, it sounded much more like an attempt to raise the status of what had previously been a footnoted group in the Afghan war to supervillain and blame it for an attack that almost certainly had Taliban complicity (Joe Biden’s Afghanistan Drone Strike Against ISIS-K Is a Joke, and We Are the Punchline). A day later, CENTCOM announced it had killed a suicide bomber on the way to attack American targets at HKIA presumably. There was some self-congratulation from CENTCOM:

We are confident we successfully hit the target. Significant secondary explosions from the vehicle indicated the presence of a substantial amount of explosive material.

We are assessing the possibilities of civilian casualties, though we have no indications at this time. We remain vigilant for potential future threats.

What seemed like a timely strike against an imminent threat quickly became Dead Sea fruit. Almost before the smoke had cleared, Afghan and international sources reported that the strike had killed civilians; see That’ll Teach ‘Em. US Drone Strike Targeting Suicide Bombers in Kabul Kills Family of Nine Including Four Kids Under Age Five.

Now, the New York Times has done an investigative piece on the drone strike, and it might very well be worse than we’d thought.

In one of the final acts of its 20-year war in Afghanistan, the United States fired a missile from a drone at a car in Kabul. It was parked in the courtyard of a home, and the explosion killed 10 people, including 43-year-old Zemari Ahmadi and seven children, according to his family. The Pentagon claimed that Ahmadi was a facilitator for the Islamic State, and that his car was packed with explosives, posing an imminent threat to U.S. troops guarding the evacuation at the Kabul airport. “The procedures were correctly followed, and it was a righteous strike.” What the military apparently didn’t know was that Ahmadi was a longtime aid worker, who colleagues and family members said spent the hours before he died running office errands, and ended his day by pulling up to his house. Soon after, his Toyota was hit with a 20-pound Hellfire missile. What was interpreted as the suspicious moves of a terrorist may have just been an average day in his life.

The military said it believed Zemari Ahmadi’s white Toyota Corolla, which it tracked by drone for eight hours that day, was packed with explosives. Security camera video we obtained showed him loading it with water containers for his home. I'll detail our findings in this thread. pic.twitter.com/1hEaFBmcDo

That’s right. Not a terrorist facilitator. Not a suicide bomber. The target was an aid worker awaiting resettlement to the United States.

Some thoughts on this episode.

Civilian casualties, that is, collateral damage, are inevitable in war. For the 20 years the Global War on Terror has been underway, collateral casualties to drone strikes have been frequent, but they’ve always been out of sight and away from the view of major media. The Biden bunch claims it will defend the United States from terrorists via “over the horizon” strikes.

I contend that Biden and his cronies have never had any interest in defending the United States, and their guts to rely on drone strikes has just dropped to zero.

This attack demonstrates the shortfalls of relying upon technical target acquisition methods, but the Biden bunch made some decisions that made this sort of error more likely than it had to be. First, they used HKIA, having abandoned the much more capable and secure Bagram Air Base in early July. Contrary to the assertions of the Biden warrior-fellatistos on the internet, the 30+ mile separation of Bagram from Kabul is a feature, not a bug. That distance does not impede travel (yes, they have cars in Afghanistan) and permits the establishment of a much larger security zone.