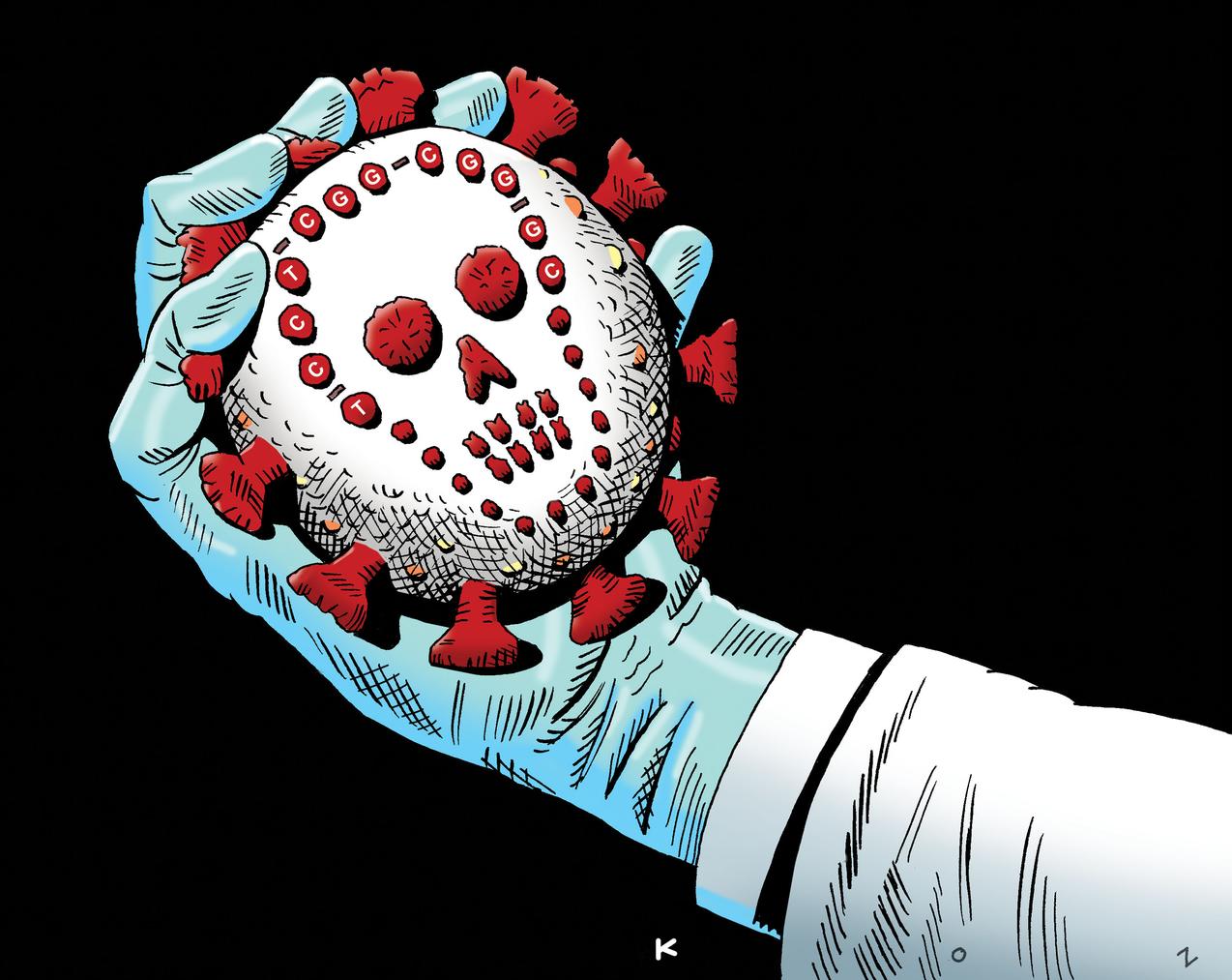 By Steven Quay and Richard Muller

The possibility that the pandemic began with an escape from the Wuhan Institute of Virology is attracting fresh attention. President Biden has asked the national intelligence community to redouble efforts to investigate.

Much of the public discussion has focused on circumstantial evidence: mysterious illnesses in late 2019; the lab’s work intentionally supercharging viruses to increase lethality (known as “gain of function” research). The Chinese Communist Party has been reluctant to release relevant information. Reports based on U.S. intelligence have suggested the lab collaborated on projects with the Chinese military.

But the most compelling reason to favor the lab leak hypothesis is firmly based in science. In particular, consider the genetic fingerprint of CoV-2, the novel coronavirus responsible for the disease Covid-19.

In gain-of-function research, a microbiologist can increase the lethality of a coronavirus enormously by splicing a special sequence into its genome at a prime location. Doing this leaves no trace of manipulation. But it alters the virus spike protein, rendering it easier for the virus to inject genetic material into the victim cell. Since 1992 there have been at least 11 separate experiments adding a special sequence to the same location. The end result has always been supercharged viruses.

A genome is a blueprint for the factory of a cell to make proteins. The language is made up of three-letter “words,” 64 in total, that represent the 20 different amino acids. For example, there are six different words for the amino acid arginine, the one that is often used in supercharging viruses. Every cell has a different preference for which word it likes to use most.

In the case of the gain-of-function supercharge, other sequences could have been spliced into this same site. Instead of a CGG-CGG (known as “double CGG”) that tells the protein factory to make two arginine amino acids in a row, you’ll obtain equal lethality by splicing any one of 35 of the other two-word combinations for double arginine. If the insertion takes place naturally, say through recombination, then one of those 35 other sequences is far more likely to appear; CGG is rarely used in the class of coronaviruses that can recombine with CoV-2.

In fact, in the entire class of coronaviruses that includes CoV-2, the CGG-CGG combination has never been found naturally. That means the common method of viruses picking up new skills, called recombination, cannot operate here. A virus simply cannot pick up a sequence from another virus if that sequence isn’t present in any other virus.

Although the double CGG is suppressed naturally, the opposite is true in laboratory work. The insertion sequence of choice is the double CGG. That’s because it is readily available and convenient, and scientists have a great deal of experience inserting it. An additional advantage of the double CGG sequence compared with the other 35 possible choices: It creates a useful beacon that permits the scientists to track the insertion in the laboratory.

Now the damning fact. It was this exact sequence that appears in CoV-2. Proponents of zoonotic origin must explain why the novel coronavirus, when it mutated or recombined, happened to pick its least favorite combination, the double CGG. Why did it replicate the choice the lab’s gain-of-function researchers would have made?

Yes, it could have happened randomly, through mutations. But do you believe that? At the minimum, this fact—that the coronavirus, with all its random possibilities, took the rare and unnatural combination used by human researchers—implies that the leading theory for the origin of the coronavirus must be laboratory escape.

When the lab’s Shi Zhengli and colleagues published a paper in February 2020 with the virus’s partial genome, they omitted any mention of the special sequence that supercharges the virus or the rare double CGG section. Yet the fingerprint is easily identified in the data that accompanied the paper. Was it omitted in the hope that nobody would notice this evidence of the gain-of-function origin?

But in a matter of weeks virologists Bruno Coutard and colleagues published their discovery of the sequence in CoV-2 and its novel supercharged site. Double CGG is there; you only have to look. They comment in their paper that the protein that held it “may provide a gain-of-function” capability to the virus, “for efficient spreading” to humans.