The Purpose Of The Jan. 6 Select Committee Is To Suppress Free Speech 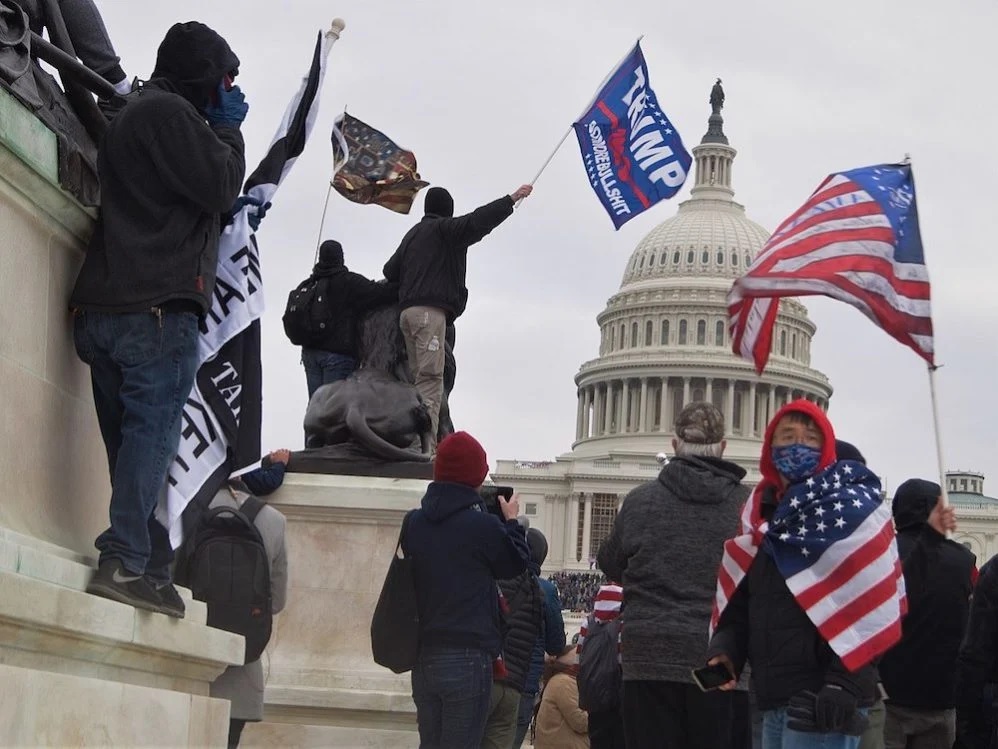 A third round of subpoenas issued last week by House Speaker Nancy Pelosi’s select committee on the Jan. 6 riot at the U.S. Capitol has revealed the committee’s investigation for what it is: a brazen attack on the First Amendment rights of peaceful, law-abiding Americans.

Indeed, it’s not too much to say that the committee’s targeting of ordinary Americans poses a far greater threat to freedom and democracy than the Capitol riot ever did.

Why? Because the subpoenas were issued to a pair of private citizens, right-wing activist Ali Alexander and a man named Nathan Martin, as well as a group the men were associated with called Stop the Steal, which had applied for and received a permit from the U.S. Capitol Police to hold a rally on the Capitol grounds on Jan. 6.

Ali and Martin didn’t take part in the riot and have no connection to it. Both men were indeed present at the Capitol grounds that day, along with hundreds of thousands of other people, to host a rally for which, I repeat, their organization applied for and received a permit from U.S. Capitol Police. But their permitted event never even took place.

As Martin told me back in January, about a week after the riot, he was setting up for the event when he saw people entering the U.S. Capitol building from a side door, which didn’t seem right to him. Shortly thereafter, Martin received a text that the event was canceled and he left the Capitol grounds. He didn’t find out about the riot and the breach of the Capitol until he got back to his hotel room later that day.

Martin, an Iraq War veteran and city councilman in Shelby, Ohio, was much like the vast majority of people who came to Washington, D.C., to protest the election in January. He wasn’t there to cause trouble or incite violence, and he didn’t think the protest would change the outcome of the election. His hope, he told me, was that Republican lawmakers would put their objections on the record and go through claims of election fraud “line by line,” especially from states where instances of fraud and irregularities were well-documented.

“I didn’t have any delusions of grandeur that Vice President Pence would come swooping in and change the results or anything like that,” he said. “Although there had been some constitutional talk about whether that was allowed or not, I didn’t feel constitutionally that there was room for that.”

That is, Martin expected Jan. 6 to be what the overwhelming majority of protesters that day expected it to be: a peaceful, orderly, and permitted demonstration at the U.S. Capitol to make their voices heard. The corporate media’s attempt to smear every person who was present on the Capitol grounds that day as an “insurrectionist” is flatly appalling and utterly fantastical.

But it hasn’t stopped them from trying. Martin and other permit applicants for planned rallies on Jan. 6 at the Capitol grounds were badly misrepresented in a BuzzFeed article last month, portrayed as shadowy figures who were evasive or deceptive in their permit applications and conversations with Capitol Police.

By contrast, what the permit applications, which BuzzFeed obtained through a lawsuit against the Capitol Police, and BuzzFeed’s own reporting reveal is that a number of unaffiliated groups applied for and received permits to hold various rallies on the sprawling Capitol grounds that day. Martin told BuzzFeed he hadn’t seen the permit application and didn’t know why his name was on it, and it appears that communications between event organizers was not without some confusion in the weeks leading up to the event — which you would expect with a hastily planned event with many moving parts.

But there is so far zero evidence any of these organizers had anything to do with the comparatively small number of people who used the occasion to assault police and breach the U.S. Capitol itself. Tens of thousands of people, possibly more, were on the Capitol grounds that day. Yet nine months after the riot, fewer than 200 people have been charged with assaulting Capitol Police officers and the vast majority of the 650 named defendants are being charged with misdemeanor trespass or other minor violations that carry no prison time.

Nevertheless, last week after news broke of the Select Committee’s subpoenas, nearly the entire corporate press, as if with one voice, lumped in Martin and Alexander, who have been charged with nothing, with the rioters.