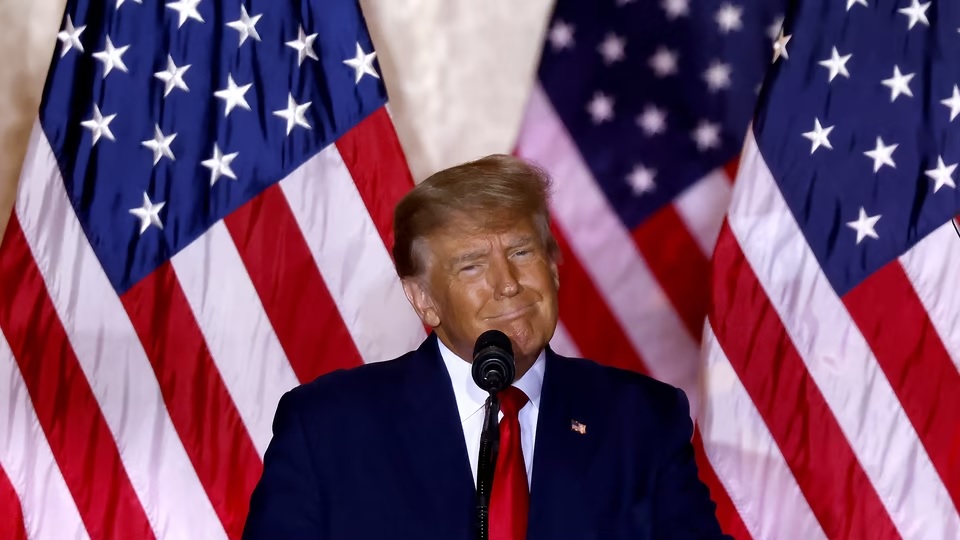 His enemies in the media, the Deep State, the Democratic Party, and the GOP establishment will never stop targeting President Donald Trump. From the day he descended the golden escalator in 2015 and entered the presidential race until today, Donald Trump has had a political target on his back.

His detractors are suffering from a severe case of “Trump Derangement Syndrome.” The latest harassment is the appointment of a special prosecutor to examine Trump’s role in the January 6th U.S. Capitol “riots,” and the transfer of sensitive documents to his Mar-a-Lago residence in Florida.

This decision was made days after Trump announced his 2024 presidential campaign. In a Fox News interview, he vowed “I’m not going to partake in this…It is not acceptable. It is so unfair. It is so political.”

Sadly, this unjust harassment will never stop. To his adversaries, Trump must be punished to prevent another term in the White House. These political enemies detest Trump because he represents everything they hate.

Trump’s goals include diminishing the power of the Deep State and returning it to “We the People.” He wants to secure the southern border and stop the invasion of illegal aliens. Trump believes in the “Peace Through Strength” doctrine established by President Ronald Reagan.

Instead of military interventionism overseas, Trump wants to keep the United States out of new wars and bring our military home. He is rightfully proud of the fact that during his four years as President, our country did not enter any new wars.

This entire Trump “Make America Great Again” (MAGA) agenda is an affront to the powerful globalist establishment in Washington D.C. Because of the threat he represents to the Deep State, Trump’s enemies have used horrific tactics to defeat him.

During the 2016 presidential campaign, Trump survived countless media attacks and the bombshell release of the “Access Hollywood” tape that was timed to create maximum damage to his electoral chances. Despite all these efforts, Trump was victorious in 2016, shocking the political world, especially the establishment in both parties.

At no point in the last seven years have Trump’s adversaries ever stopped their campaign to destroy him. He was the only President to never receive a honeymoon, as Democrats discussed impeachment before he was administered the oath of office. Others boycotted his inauguration as they viewed him as “illegitimate.”

The reason for their bogus claim was the charge that President Trump was colluding with Russia, a nonsensical allegation he faced throughout the 2016 presidential campaign. Despite no evidence, federal authorities made the unprecedented decision to spy on Trump through his foreign policy adviser Carter Page.

They received approval for Foreign Intelligence Surveillance Act (FISA) warrants by touting a fictitious dossier created by former British spy Christopher Steele. This dossier, which was never verified, falsely claimed that Donald Trump was closely tied to the Russian government.

Remarkably, the spying continued even after Trump became President. When he made the correct decision to fire James Comey as FBI Director, the acting U.S. Attorney General Rod Rosenstein appointed Robert Mueller as Special Counsel to investigate these ridiculous claims of “Russian collusion.”

After two years and the cost of $32 million, Mueller and his team of Democrat attorneys discovered no Russian collusion or obstruction of justice. Trump could not enjoy exoneration for long because he was soon impeached for a “perfect” phone call to the Ukrainian President. In the call, Trump asked the President to research the removal of a prosecutor who was investigating Burisma, the oil company that employed Hunter Biden, Joe Biden’s son, as a consultant.

Democrats alleged that Trump was illegally using his influence to pressure a foreign government to help his re-election campaign. In February of 2020, Trump was acquitted of these false charges by the U.S. Senate.

Once again, this victory was short-lived as Trump was thereafter forced to contend with a global pandemic, originating from China. The origins of the virus have never been confirmed, although many experts speculate it leaked from a laboratory in Wuhan, China.

The pandemic caused economic devastation and the deaths of over one million Americans. It also created an exceedingly difficult environment for President Trump in his re-election bid. This pleased the Chinese who were unhappy with Trump’s tariffs and economic nationalism.

Impacted by COVID-19 related early voting procedures, Trump lost the 2020 presidential election. Trump and millions of his supporters contended it was a stolen election. Their protest in Washington D.C. on January 6, 2021, culminated in the U.S. Capitol. While some Trump supporters committed acts of violence on that day, the vast majority were peaceful.

At a rally on that day, President Trump urged his supporters to “peacefully and patriotically make your voices heard.” Despite his calls for peace, Trump was removed from social media and congressional Democrats rushed through another impeachment for the activities of January 6.

Once again, Trump was acquitted, but Democrats renewed the harassment by creating a January 6th committee to continue their “investigation.” The hearings produced little of substance, but Trump haters, such as Congresswoman Liz Cheney (R-WY), continued to blame him for the January 6 “insurrection.”

Trump has committed no crimes. There’s no charges, no evidence, nothing.

The vast majority of Americans know this, and a small faction of indoctrinated people parrot the baseless accusations and seeded narratives that just fall apart in the light of day.

The DOJ does not have the authority to investigate or charge Trump. They are not credible, not legal, and not allowed to exercise any power regarding Trump and justice.

They lost that power when they paid a Russian Spy to literally fabricate a scandal on Trump, followed by six or so years of more invented false conspiracies on Trump.

The Federal Government is compromised and The People have pulled the privilege of the DOJ to exercise any authority concerning objective, Constitutional Law on Donald Trump.

Like Putin, they are tyrannical thugs targeting an opponent they can’t beat in a fair election.

Sadly, this unjust harassment will never stop. To his adversaries, Trump must be punished to prevent another term in the White House.

Also, whenever possible, anyone that supports Trump should be harassed. That is the fascist way; the DNC way.