The Democrats’ Looming Trial and Conviction of Donald Trump…A regime in deep trouble will resort to its worst instincts and ambitions. 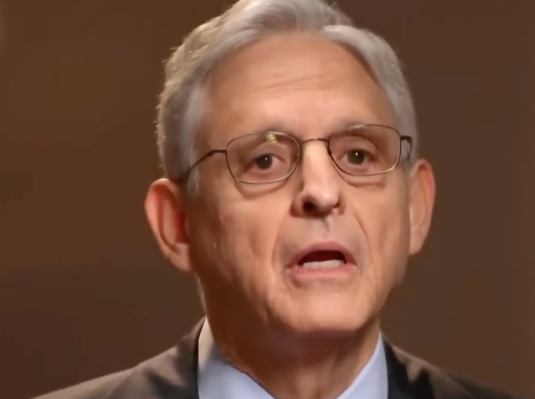 DOJ zeroes in on Trump in Jan. 6 criminal probe.” So proclaimed the headline on the front page of the Philadelphia Inquirer.

This followed on the heels of Attorney General Merrick Garland’s NBC News interview in which he stated that the Justice Department has not ruled out prosecuting former President Donald Trump for purportedly instigating the Jan. 6, 2021, Capitol Hill riot.

“We intend to hold everyone, anyone who was criminally responsible for the events surrounding January 6, for any attempt to interfere with the lawful transfer of power from one administration to another, accountable,” said Garland.

Who’s he kidding? Garland made it sound as if there is a chance that Trump might not be arrested and prosecuted. But, to anyone who has been paying attention, the intention of the Democrat-controlled federal government has always been and remains to be the legalized destruction of Donald Trump. It is, in fact, the whole purpose behind the illegally constituted Jan. 6 committee’s Soviet–style show trial, its contempt citations of Trump administration officials, and the follow-up supporting criminal cases by the FBI and Justice Department.

A simple application of the basic criteria of criminological analysis points directly to the high likelihood of Trump’s prosecution. Those elements are motive, means, and opportunity. As explained below, the leftist ideologues in control of the federal government have the motive, the means, and the opportunity to arrest, prosecute, convict, and, quite possibly, imprison Trump.

Let’s start with the motive. The Biden regime and the Democrat party fear Trump and correctly perceive him as a major obstacle to their goal of — in the words of President Barack Obama — fundamentally transforming America. This was, of course, the reason for the congressional Democrats’ multiple impeachments of him.

Thanks to Biden’s economic and energy policies, the cost of living for average Americans has skyrocketed even as the resulting inflation ravages savings and lowers the value of our currency. Biden has taken a once energy-independent and economically sound country and, in an astoundingly short period of time, driven it into recession bordering on stagflation.

Equally important, we are in a war against Russia in a country where the Biden family has enriched itself through hidden business dealings. Similarly, communist China, another country in which members of the Biden family have surreptitiously fattened their bank accounts, is threatening to invade Taiwan and draw us into yet another war. All of which causes Americans to ponder and question the extent to which the Biden family’s corrupt dealings relate to our foreign and military entanglements in those countries.

In addition, a full-blown invasion of the United States is underway through our southern border that is being conducted with the open, unapologetic, and illegal connivance of the Biden White House, which is admitting the invaders and, in the dead of night, relocating them to communities across the country.

Combine all of the foregoing with Biden’s disastrously clownish pullout from Afghanistan and what remains is a Democrat establishment searching for a means to change the narrative and distract the public from the Biden regime’s ongoing cavalcade of disasters.

Consequently, a certain political synergy is developing that makes Trump’s arrest and prosecution all the more attractive to those in power. What better way could there be to distract the public from the regime’s abject failures and disqualify Trump from ever again holding office than to arrest, prosecute, and convict him of a crime? Moreover, such a move would be hailed by the corporate media and the hard leftists who are ascendant in the Democrat Party. The convergence of all those elements makes the Biden regime’s motive to destroy Trump at once urgent, compelling, and irresistible.

Next, let’s look at the means. Ever since Trump announced his candidacy in 2016, the politicized FBI and Department of Justice have colluded with the Democrats to smear and undermine Trump, his associates, and his administration while simultaneously protecting and running interference on behalf of Hillary Clinton as well as Hunter, Jim, and Joe “the Big Guy” Biden. In short, a corrupt federal law enforcement establishment with a proven anti-Trump track record stands ready to do the bidding of its political masters in the Biden White House.

Some legal commentators contend that since Trump’s guilt would have to be proven beyond a reasonable doubt, the Justice Department will ultimately decline prosecution rather than risk an embarrassing acquittal. But these experts are missing the point. To convict Trump, the FBI and DOJ don’t need strong or even plausible evidence of guilt. Why? Because the charges against him would be filed in the District of Columbia, which has a jury pool ready, willing, and able to convict Trump on the thinnest of pretexts. If the hated and demonized former president went to trial in Washington, does anyone believe that a D.C. jury would accord him the presumption of innocence or fairly and impartially decide his fate?

Add to that a district court that thus far has made clear its pro-Democrat and anti-Trump predisposition.

Recall, for example, one judge’s appalling mistreatment of Gen. Michael Flynn, Trump’s wholly innocent national security adviser who was literally framed by the FBI on a ludicrously concocted charge of making a false statement to its agents.

Similarly, consider the shameless railroading of Trump adviser Steve Bannon by another judge who at trial stripped the defendant of all of his defenses by forbidding him from even raising the central and essential question of executive privilege or demonstrating that he relied on the advice of legal counsel in navigating the arcane, legally complicated, and treacherous waters of dealing with a subpoena issued by the hostile and highly partisan Jan. 6 committee.