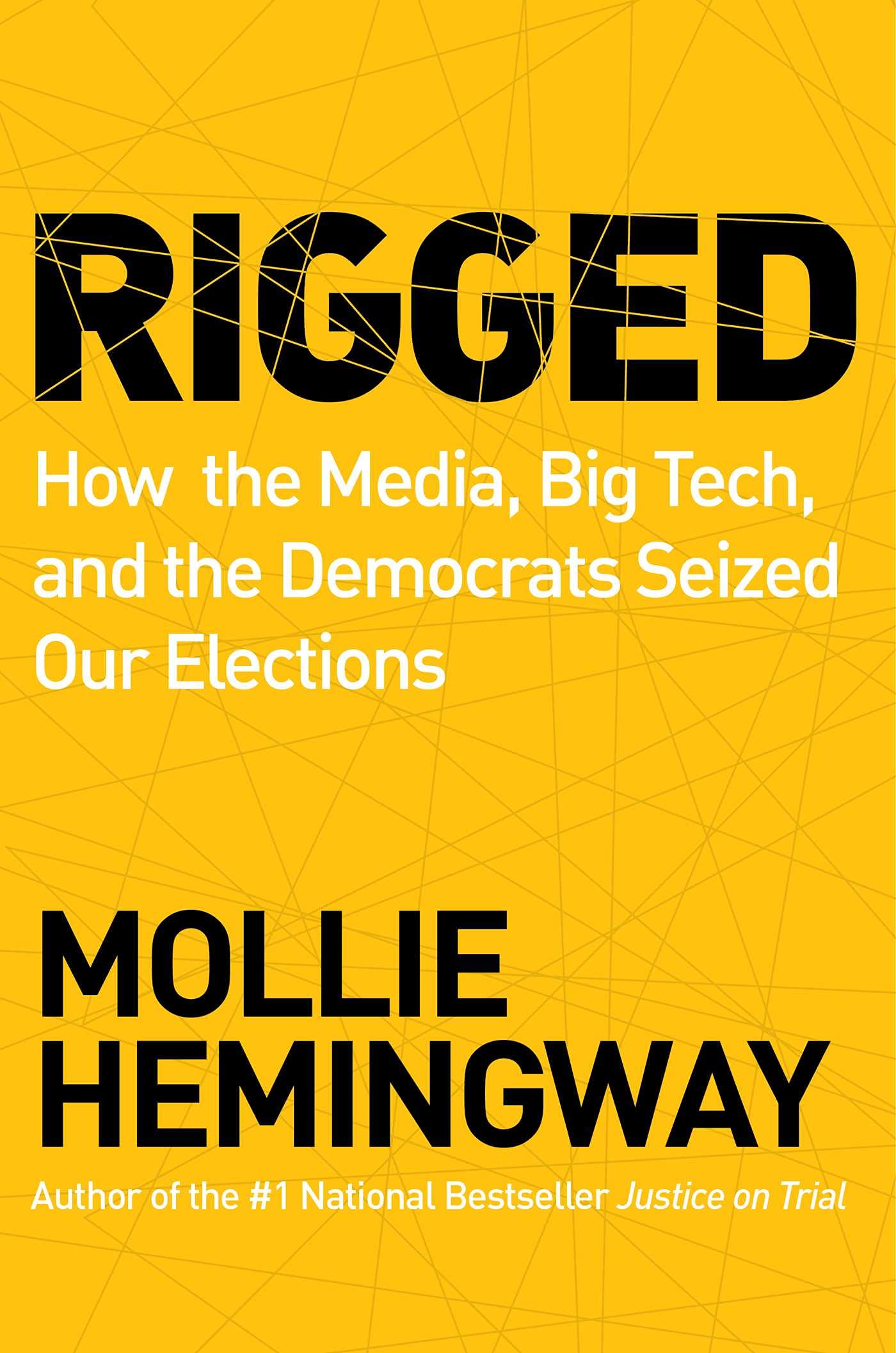 Mollie Hemingway’s important new book, Rigged: How the Media, Big Tech, and the Democrats Seized Our Elections , goes on sale tomorrow. In it, she covers the ways Democratic activists took advantage of the Covid pandemic to push long-sought changes in the ways people vote. They were enormously successful in some key states and left Republicans desperately playing catch-up.

For some Democrats, the effort was the culmination of a drive to bring down Donald Trump that began well before he took office. And for no Democrat was that more true than Washington lawyer Marc Elias.

What is really extraordinary, as Hemingway points out, is that one man, Elias, was responsible for both the Steele dossier, which was the covert Democratic disinformation operation designed to bring down Trump during the 2016 campaign, and those wide-ranging changes in state election procedures, designed to make sure he did not win reelection in 2020.

The dossier was one of the most successful dirty tricks ever. Elias, working on behalf of the Hillary Clinton campaign and the Democratic National Committee, paid the oppo/attack firm Fusion GPS to enlist former British spy Christopher Steele to compile a list of false and slanderous allegations about then-candidate Trump.

There was the Michael-Cohen-in-Prague allegation. The Carter-Page-in-Moscow allegation. The “pee tape.” The Manafort fiction. The dossier was done in what looked like official intelligence-report style, relying on Steele’s credibility as a former British agent and FBI informant. Elias hit a home run when the FBI picked up Steele’s false reporting. Then the whole world found out about it when insiders leaked to CNN that then-FBI Director James Comey had briefed President-elect Trump about it. It was an extraordinarily damaging moment for the new president — all choreographed by Elias.

Then came 2020. “As damaging as the dossier and larger Russia collusion hoax were to foreign relations, national security, and domestic tranquility,” writes Hemingway, “Elias’s real passion had long been helping Democrats win elections by changing voting laws.” The Covid pandemic gave him the opportunity of a lifetime. Elias had long been pushing to weaken verification requirements for mail-in ballot signatures. He had been pushing to make mail-in voting the law everywhere, with no excuses required. He had been working to push states to accept mail-in ballots long after the polls closed. He had been pushing for more “ballot harvesting.” He wanted voters to be able to leave their ballots in unattended drop boxes. To vote on weekends. To not be excluded if they show up at the wrong precinct. And more.

Led by Elias, Democrats filed lawsuits and pushed election boards, secretaries of state, legislatures, and others to make the changes. They did it with hundreds of millions of dollars from secret donors around the country. One expert told Fox News that Elias’s dark money network, still very much in existence today, means he “will have access to nearly unlimited funding to file lawsuits across the country.” And just as the dossier began in secrecy, nobody will know who is funding Elias’s election operation. “It was a sea change to the American electoral system, and Elias was the man responsible for much of it,” writes Hemingway.