The Collapse of Roe v. Wade…It is not the beginning of a revolution but the end of one. 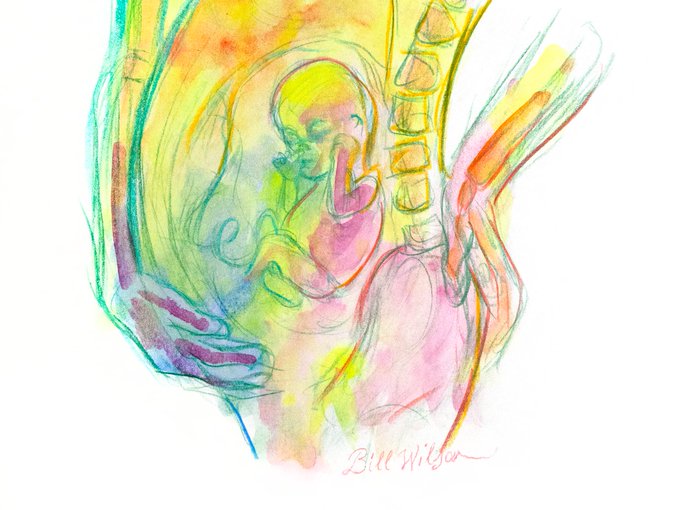 “I don’t think the country will stand for it,” said President Joe Biden, commenting in early June on the expected collapse of Roe v. Wade. “If in fact the decision comes down the way it does, and these states impose the limitations they’re talking about, it’s going to cause a mini-revolution and they’re going to vote these folks out of office.”

Contrary to Biden’s prediction, the collapse of Roe v. Wade marks not the beginning of a revolution but the end of one. Until that monstrous decision, which led to the deaths of over 62 million unborn children, the American people had the power to pass laws against abortion and did so in most of the states. The Dobbs decision simply returns that power to the people — a blow not against “democracy,” as the hysterics on the left claim, but for it.

The Founding Fathers established America as a democracy of, by, and for the people. They never intended for a handful of judges to deprive the people of control over the moral direction of their own country. Yet the revolutionary jurisprudence underlying Roe v. Wade took that judicial despotism for granted.

The Dobbs ruling represents a welcome return to judicial restraint, one that pays homage to the limited role the Founding Fathers envisioned for the Supreme Court. The decision is not, as its critics cry, an act of politics but its opposite: a long overdue removal of the court from an arrogant usurpation of democratic power that has had a polarizing effect on our politics for decades.

Justice Antonin Scalia, whose eloquent originalism laid the groundwork for the Dobbs ruling, often noted that the endless political turmoil over abortion stemmed from the court’s unconstitutional monopolizing of the issue:

[B]y foreclosing all democratic outlet for the deep passions this issue arouses, by banishing the issue from the political forum that gives all participants, even the losers, the satisfaction of a fair hearing and an honest fight, by continuing the imposition of a rigid national rule instead of allowing for regional differences, the Court merely prolongs and intensifies the anguish. We should get out of this area, where we have no right to be, and where we do neither ourselves nor the country any good by remaining.

Roe v. Wade will go down as a bloody revolution imposed on the people by a judicial elite. Its assertion of a right to abortion had no basis in the text of the Constitution or the history of the country. It was a bogus right invented out of thin air. A majority of states at the time of the Roe ruling had laws against abortion. The preposterous claim of the court’s majority — that abortion is an unenumerated right found in a “penumbra” of the 14th Amendment — was contradicted by the fact that most of the states banned abortion completely at the time of that amendment’s passage. Justice Byron White, one of the original dissenters to Roe, called it “an exercise in raw judicial power.”

To hear the wails of protest over Justice Alito’s correction to this egregiously bad jurisprudence, one would think he had violated stare decisis and ripped up the Constitution. In truth, he has merely vindicated an obvious reading of it — one which entrusts the issue to the people at long last. What’s shocking is not that Roe v. Wade has fallen but that it stood for so long and resulted in so much bloodshed. It is forgotten now, but Roe was a divisive and unpopular decision from the start and seen as willful jurisprudence by even some liberals. It is to Alito’s great credit that he ignored intense backlash from the Democrats, not to mention a subversive leak from inside the court, and remained faithful to the Constitution.

The apoplexy of the Democrats over his ruling gives the lie to their stated confidence in the American people as overwhelmingly pro-abortion. Were that the case, why would they need to run around with their hair on fire? For all their windy rhetoric, the Democrats are not afraid for democracy but of democracy.