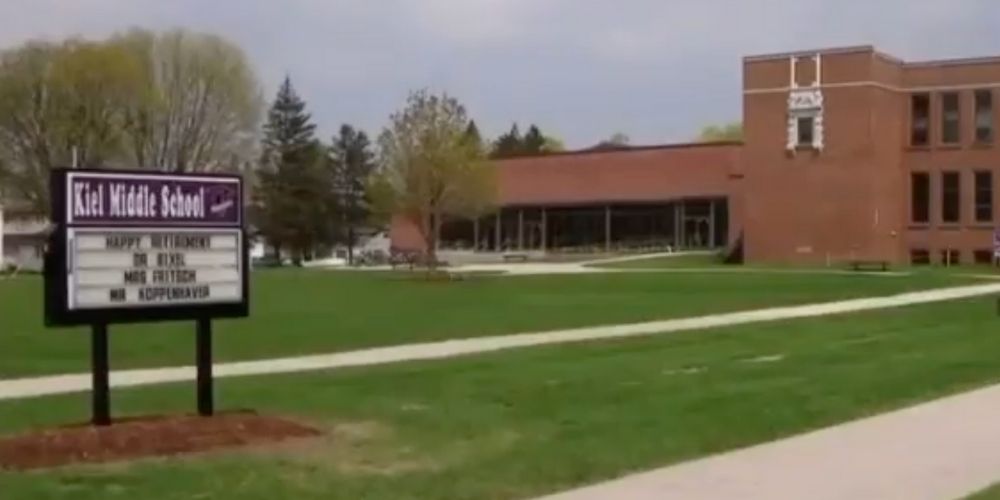 A Wisconsin school district has lodged a Title IX complaint against three middle school students for allegedly using the wrong pronouns while addressing another student.

Three Kiel Middle School students are being investigated for sexual assault in connection to the incident.

“I received a phone call from the principal over at the elementary school, forewarning me; letting me know that I was going to be receiving an email with sexual harassment allegations against my son,” Rosemary Rabidoux, one of the parents of the students being accused, told Fox 11.

Braden, Rabidoux’s 13-year-old son, is one of the three Kiel Middle School students accused of sexual harassment, an accusation that she disputes.

“(The investigating principal) said he’s being allegedly charged with sexual harassment for not using proper pronouns,” said Rabidoux. “I thought it wasn’t real! I thought this has got to be a gag, a joke — one has nothing to do with the other.”
In a letter from Wisconsin Institute for Law & Liberty attorneys, who are defending the accused students, called the Title IX complaint “inappropriate,” and urged the case to be “immediately dismissed.”

“The mere use of biologically correct pronouns not only does not constitute sexual harassment under Title IX or the District’s own policy, it is also speech protected by the First Amendment,” the May 12 letter to the school superintendent, counselor, and principal read.

“The District has also violated Title IX procedures and its own policy in its handling of the complaint. The District should promptly end the investigation, dismiss the complaints, and remove them from each of the boys’ records,” the letter added.
The attorneys said that Title IX “certainly does not cover 2 using biologically correct pronouns simply because the District characterizes it as ‘mispronouning,’ which is the sole allegation in the one-page Title IX complaint.”

“‘Mispronouning’ is also not sexual harassment under Title IX because gender identity is not included within the definition of sex within Title IX. In fact, the Department of Education is currently attempting to amend Title IX to add it,” the letter added.

The letter said that a statement from the music teacher in which the conduct occurred described “other conduct” that doesn’t come “remotely close to sexual harassment.”

The music teacher’s statement said that the class “expressed frustration with remembering pronouns,” and described other events that would chalk up to being teasing and argument between the eight-graders, the letter stated.

“To be clear, this statement does not accurately or fully portray the incidents described—as you know, the student in question has teased the boys as much if not more, including calling them numerous names and yelling at them for not using

‘they/them’ pronouns, even when they were not talking to or about her—but even if everything in the music teacher’s statement were accurately characterized, it does not amount to the sort of ‘severe, pervasive, and objectively offensive’ conduct that crosses the line into sexual harassment,” the letter stressed.

The attorneys stressed that if the alleged victim student had been teased, that requires addressing by school staff and administrators, but “none of this warrants accusations of sexual harassment and the serious reputational harm that comes with it.”