Russia very near to invading Ukraine…”Wouldn’t they have done such things when they had a blackmail puppet they controlled in the WH?” 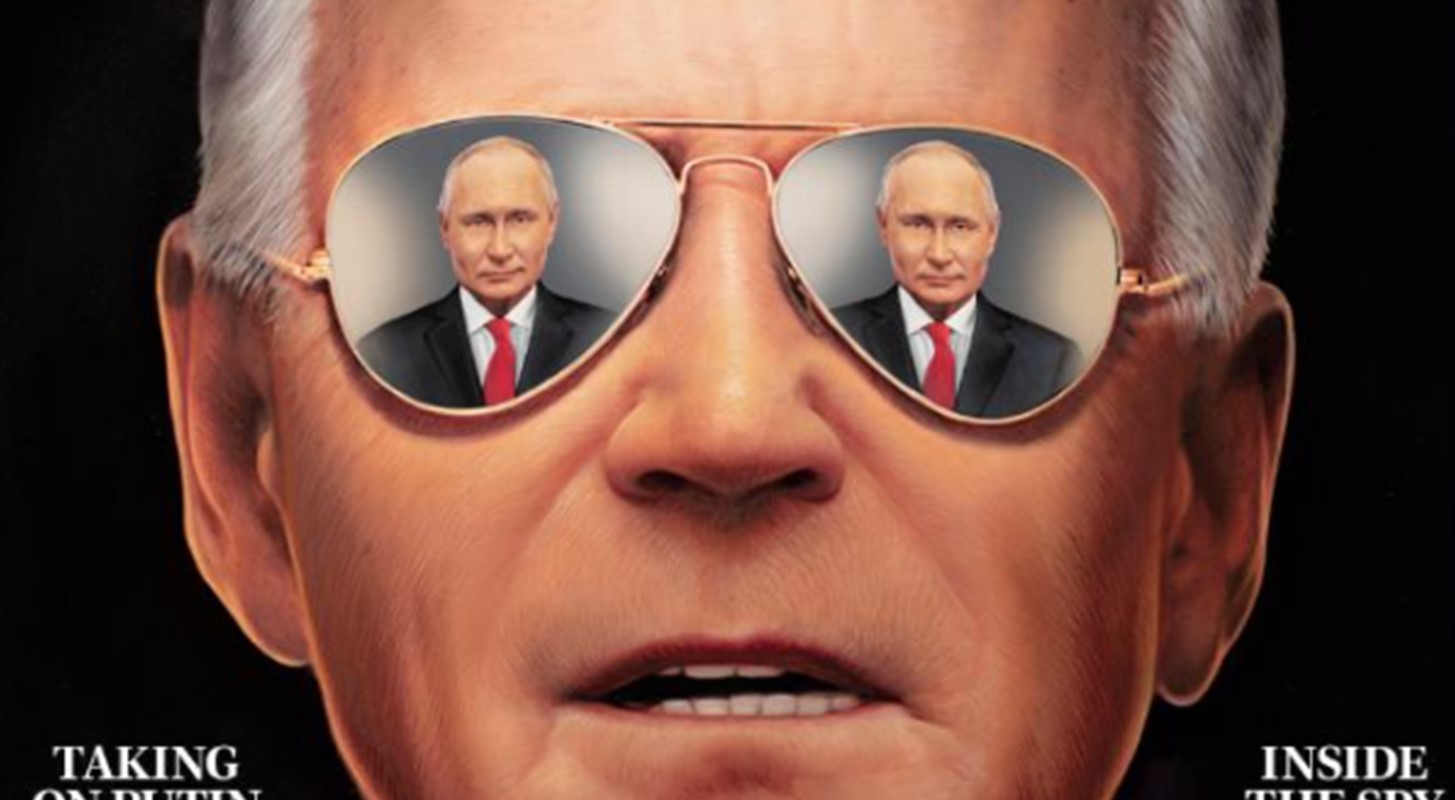 Wouldn’t they have done such things when they had a blackmail puppet they controlled in the WH? Is there anything that can make the CNN/NYT axis re-consider their demented conspiracy theory?

.@PressSec: "We’re now at a stage where Russia could at any point launch an attack on Ukraine.”

Trump spent 4 years attacking 2 core Russian vital interests: he 1) flooded Ukraine with lethal arms to fight Russia (which Obama refused to do) and 2) did everything to sabotage Moscow’s pipeline to Germany (which Biden allowed).

Along with NBC, the New Yorker, the Atlantic and NYT, Ground Zero for the insane Trump-is-Putin’s-blackmail-pawn conspiracy theory was CNN. They were led around by CIA to spread the most unhinged conspiracy. Now they really believe they fight, rather than spread, “misinformation” 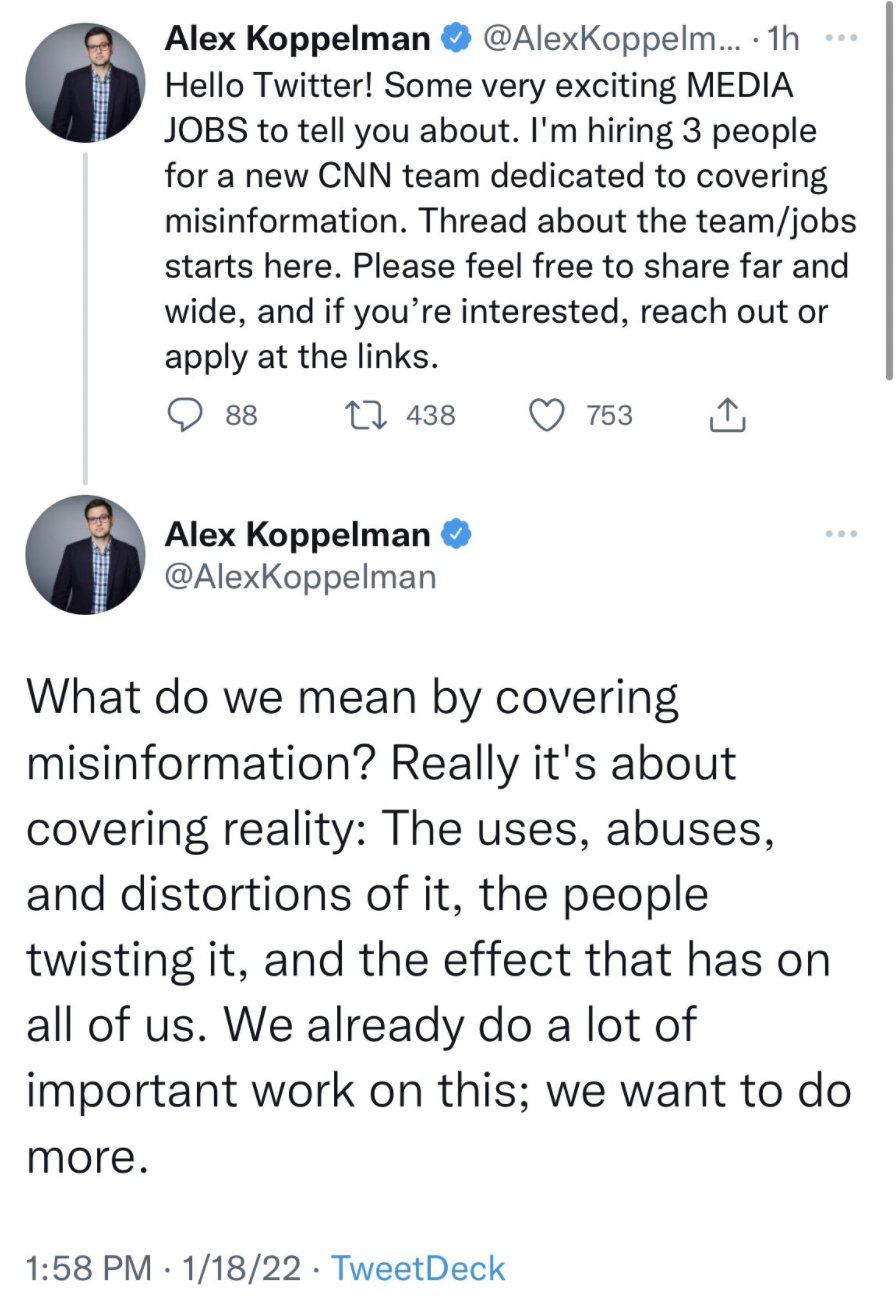 Dear Mr Koppelman,
I will not do the CIAs work for them. Shove your poorly masked censorship up your nose.
Ukraine needs to iron out their Soros problem by themselves. They can start at the US embassy and its grants.

Though the field is competitive, CNN has excelled in spreading baseless lies, especially about Trump. Democrats gobble those lies up and it makes them morbidly obese with stupidity.

”Wouldn’t they have done such things…”
Nope. Putin didn’t need Trump. Putin needed the consequences of Trump. Trump trashed everything, leaving the people and their government so divided that the nation can’t function cohesively. We’ll be lucky to save ourselves, let alone Ukraine.

Every problem on Biden’s desk was waiting on his desk or already headed there as of Day 1. Trump arrived with the ship returned to good order. He left impending disasters behind him.

But he is so experienced and blah blah you know the thing
Its been a year he has been a disaster since day one, best take this L too brother. Pick up on cue when the President says I’m not suppose to, and such phrases he is being not the leader of the band. Not his fault he has had brain bleeds. You can stop blaming Trump he is out of power and those behind the scenes are really shoving Joe around. He really wasnt good before….One Democrat who spoke to Obama recalled the former president warned, “Don’t underestimate Joe’s ability to **** things up.”
No matter how low we set our expectations he still is way below the bar.

That was the most frightening press conference I have ever watched from a President. biden is clueless, apparently hyped up on drugs, and angry. Neither of which is a good combination.

Our country is in great peril and I fear that we are going to see a lot of harm done to the citizens of our nation over the next few years. We risk an attack on the citizens by our own governmental agencies, an attack on law abiding citizens by those criminals who have been given the green-light to attack at will, and a civil war between the progressives and their brown-shirt thugs and those of us who love our country and the freedoms it was founded upon.

﻿We will not survive three more years of this.

That was the most frightening press conference I have ever watched from a President. biden is clueless, apparently hyped up on drugs, and angry. Neither of which is a good combination.

Idiot Biden answered questions he had previewed. Knowing no one in the liberal media will call him out, he simply lies with impunity. No lie is too blatant for him to spew upon the American people. Then he went off-script and you could definitely tell the difference. With about 30 minutes to go before he quit, you could tell the drugs were wearing off. This is what election fraud gets you.

It’s obvious sanity has made only a minor incursion in your head. So you’ve gone from Putin has Trump in his back pocket to not needing him in the first place. Biden the great uniter, while talking about Bull Conner and Jim Crow, both part and parcel of Democrat legacy. Biden is so successful people are leaving the Democrat party and joining the Republican party. The party of Trump ya know. Joke’s on you.

So, Putin needed Trump to block his Nord Stream pipeline and drive energy prices down through US production which cost him revenue? Golly, who knew?

No, Putin needed the DEMOCRAT reaction to Trump and, as is always the case with cooperating with totalitarian regimes, Democrats were more than happy to comply. Democrats did everything Putin wanted them to do and more in undercutting Trump and the United States.

Now, idiot Biden has given Putin the green light to invade Ukraine as long as it’s just a little bit of incursion. Can anyone imagine a more stupid national “leader”? His little ginger liar has to come around afterwards and try to clean up his mess, but the damage is done. Roosevelt told Stalin he had no interests in Eastern Europe after the war and Stalin took that to mean he had the green light (from one socialist to another) to occupy Eastern Europe and subjugate it.

Trump left the nation to idiot Biden in the best shape (aside from the Chinese virus) any President has left the nation to a successor. Idiot Biden proceeded to simply wreck every aspect of the nation, reaching as far as Afghanistan to give a demonstration of his incompetence. And this stupid moron has the gall to stand before the American people and say he has exceeded expectations. Well, he was expected to be a massive failure, so in a way, he is correct.

Incompetents always blame the last person for all their problems. Doesn’t go over well with voters.

The ‘good’ news is, Biden is moving weapons and equipment to Ukraine to abandon when he bugs out after Putin invades.

Nazis Are Actually Fine Now, According to the Southern Poverty Law Center and Anti-Defamation League

Too bad we don’t have sane leadership saying this!