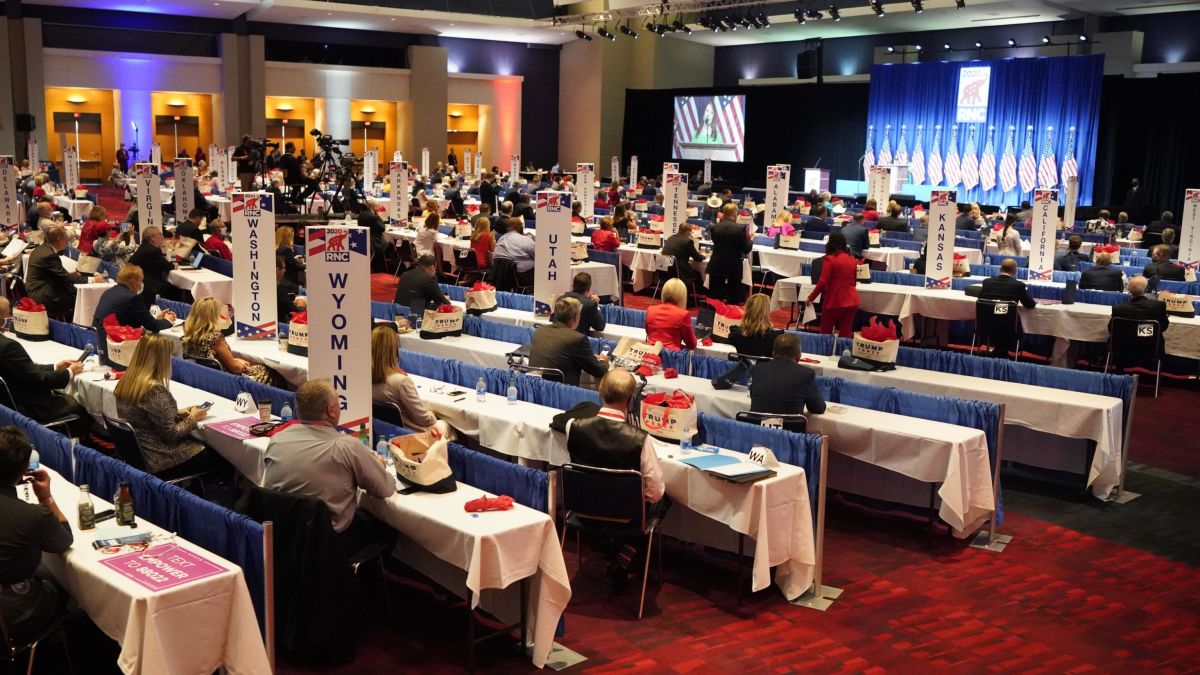 In the background of the republican dynamic, CTH has been reminding everyone about the nature of the Republican National Committee (RNC) and Democrat National Committee (DNC) being private clubs, private corporations, unaffiliated with government.  Most casual voters do not understand what this key and important distinction means within U.S. elections.

There are two private corporations representing Republicans and Democrats; they are most commonly referred to as political parties. There is no basis for the existence of private political parties in the United States constitution.  Both parties’ function from a position as private interests outside the framework of government.

The corporation of the RNC and DNC exist to serve their own interests.  Politics is the RNC and DNC business; however, the income stream -the financial aspects to the business- is what holds influence over the corporate priority.  Ideology is part of the equation, but control of the business and generating revenue is the main function of the corporation. Unfortunately, in the reality of the business model, election outcomes are downstream from those two priorities.

It is with this corporate baseline in mind that all ‘primary election’ political analysis should take place.  The economics of the thing is what Republican officers in the RNC emphasize.  Without money, the corporate mission doesn’t operate.  Without money the RNC members -essentially board members- do not function, hold meetings, assemble, or participate in the organization.  Therefore, from the standpoint of the corporation, the business of politics (inputs) drives the activity, not election results (outputs).

This facet to U.S. politics is rarely discussed because the corporations and the people who run them do not want this process emphasized.  However, if voters do not comprehend this dynamic, they can fall victim to the fallacy of false representative choice. 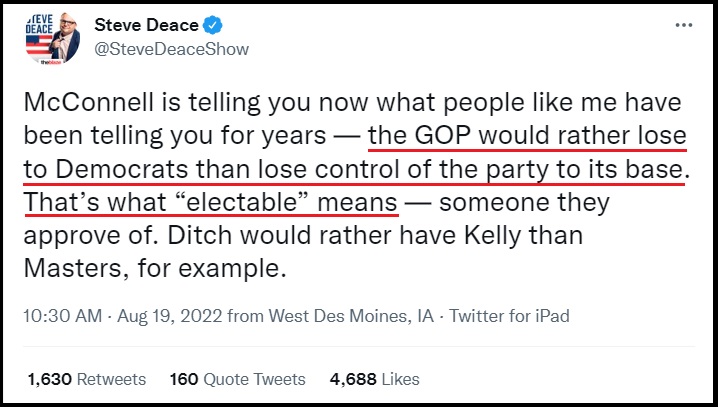 Unlike most political sites, CTH watches this inside club dynamic closely because ultimately it explains a lot of ‘consequences’ that we see later discussed.  It is easier to just sit back and discuss the consequences than it is to watch the officials inside the club make rule changes proactively.  However, it is by watching the rule changes that we can see the roadmaps of influence within game as played by both RNC and DNC corporations.

Any political commentary that does not take this private club dynamic into consideration, and/or explain the consequences from decisions within the club, is not serving the interests of the American electorate.

The winter meeting of the RNC is taking place January 25-27th, in Dana Point California at the Waldorf Astoria – Monarch Beach Resort.  There are 168 members who will be in attendance (3 from every state) along with various RNC and national republican leadership.

This RNC corporate meeting, and the votes by the members, will determine the Republican Club rules for the 2024 election cycle.  Rules on primary dates, sequence, apportionment of delegates, distribution of delegates, state sequencing, qualifications and much more will be decided.

Rules that govern the candidates and campaigns of those who choose to run on the corporate identity of “Republican” will also be determined. Rules on financial agreements, expectations for data sharing, fundraising, contribution expectations (both directions) and much more will be determined.

It is inside this dynamic where one of the key club control battles is likely to take place.  It’s mostly boring and seemingly parliamentary stuff {Example Here}, but it has massive ramifications.