Recidivist Criminal Who Chased Kyle Rittenhouse While Carrying (Illegally) A Pistol: My Only Regret Is Not Having Drawn My (Illegal) Gun Sooner So I Could Have Emptied the Mag Into Him 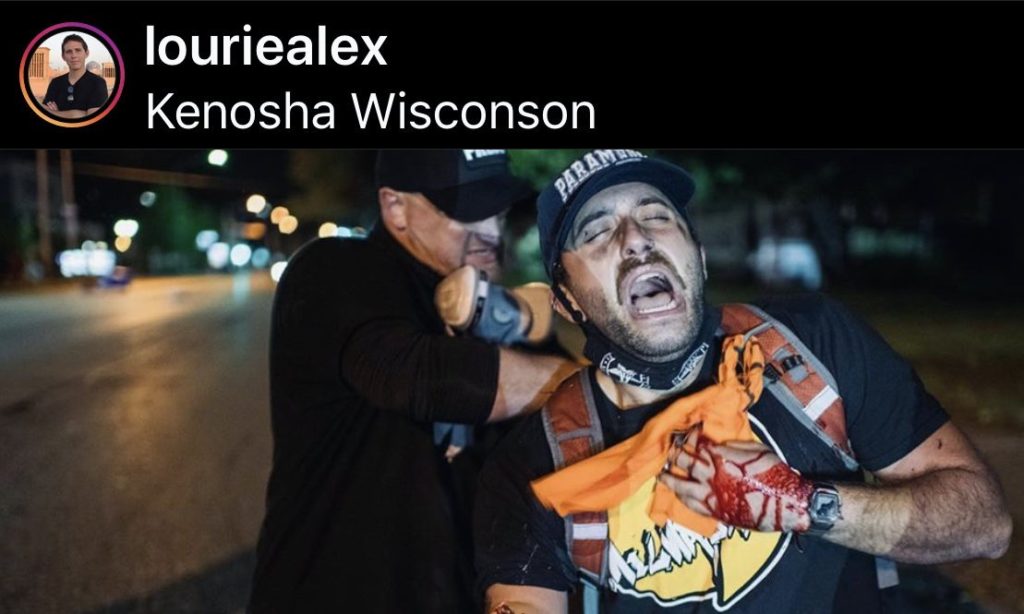 The criminal armed with a gun announces that his intention was in fact to kill Kyle Rittenhouse.

Therefore: Kyle Rittenhouse’s shooting of him was justifiable self-defense, and it’s beyond any disputation.

Are we really going through with this farce of a political show trial?

Do citizens have to surround the courthouse and start lighting it up until they release him?

Is that the only thing our cowardly, terrorist-supporting Democrat politicians understand, now? The force and menace of a “mostly peaceful” mob?

GRAPHIC: A friend of the man who rushed at the #Kenosha teen with a pistol and was shot in the arm has posted an update about his status. Doctors were able to save Gaige Grosskreutz's right arm. The friend says Gaige regrets not being able to kill the teen. pic.twitter.com/2gJmnnroTF

In this video, it appears that the recidivist criminal carrying the illegal gun was wheeling it around to shoot Rittenhouse in the face:

Rittenhouse merely trained his gun on this recidivist criminal, without firing, until that gun came out and started swinging towards him.

Then Rittenhouse fucking shot him in the arm, Old West gunfighter style!

Someone on FaceBook said of Rittenhouse: “I didn’t know John Wick had a son.”

Defense fund for Kyle will be set up for donations in 6-12 hours.

Several attorneys have joined his team.

Lin Wood is going to represent Kyle as far as slander and reputation defense, but is not a criminal attorney.

However, he says he’s setting up a GoFundMe and that a defense team is being assembled.

L. Lin Wood announced on Twitter Thursday morning that his colleague John Pierce had assembled a legal team to defend Rittenhouse, and they were ready to fly out to Wisconsin to meet with the family as soon as tonight. He and his team are currently trying to make contact with the Rittenhouse family.

He had also suggested that he would be suing those who slandered Rittenhouse:

If there is something I can do, Kyle will not need to pay me. God has blessed me with enough & enough is always enough. These charges must be dismissed as video clearly shows justified acts of self-defense. When dismissed, accusers should be held accountable & they should pay.

He might want to start with terrorist representative Ayana Presley:

He shot and killed 2 people who had assembled to affirm the value, dignity, and worth of Black lives.

There is zero evidence to support that slander. All his social media does is support police.

This radical, insurrectionist bald freak cannot be allowed to claim that anyone who opposes her Burn, Loot, Murder pals is a “white supremacist” without paying dearly for it.

A commenter says that Van Jones also said something like, “This kid needs to be beaten.”

People got sued for that when they said it about Nick Sandmann. It’s not slander, but Rittenhouse can sue for intentional infliction of emotional distress (for inciting people to commit violence against him).