“RAY EPPS RECRUITED ME!” – Political Prisoner Writes Tell-All Letter From Prison About His Experience with the Notorious Operative Ray Epps 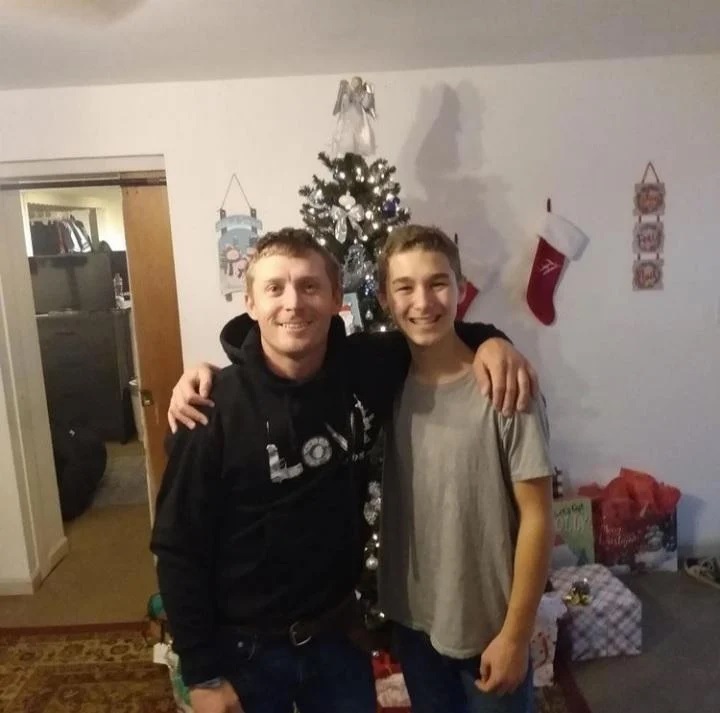 “You have a megaphone. You need to tell people the plans. We are going inside,” Ray Epps allegedly told a protestor on Constitution Avenue on January 6th.

This protestor was J6 defendant Sean Michael McHugh. McHugh has sat in DC Gitmo for over a year now in inhuman conditions while Ray Epps roams free.

McHugh is a father of four and a California business owner, detained for 427 days in DC’s Gulag. McHugh faces two misdemeanors, eight felonies, loss of licensure and decades in prison.

Sean McHugh wrote a tell-all letter about his experience meeting Ray Epps and the observations he made of the notorious man. See his letter to The Gateway Pundit below from his cell in DC Gitmo detailing his repeated encounters with Ray Epps and the burning question: Why has Epps evaded charges when those who did far less have been charged with so much more?

I’m a January 6th political prisoner being held in the DC-Gulag. My name is Sean McHugh. I’m being held in very inhumane conditions in the DOJ’s effort to try and make me plead guilty under duress. I believe they are trying to do this because I had direct contact as seen on video with Ray Epps, an individual who has been reported by multiple media sources to possibly have FBI connections and involvement for incitement. At the very least he appears to be a government cutout protected by a lawyer who was formally known as an employee of the FBI. In fact, the FBI has covered for him by scrubbing his name from the most wanted list for January 6th after real journalism exposed his identity.

I encountered Ray Epps, the real de facto leader of January 6th 2021, multiple times while in D.C. I had coincidental contact with Ray Epps throughout the day and people who appeared to be working in concert with Ray Epps. Other than Capitol Police attacking peaceful protesters without provocation or warning, Ray Epps was more responsible for the for initiating the events that happened at the Capitol than anyone else. He is seen on video January 5th encouraging other patriots to go inside the Capitol which is the very inception of the whole idea to actually go inside. However, he is still not indicted or spent one day in jail. I’m actually the one labeled as the de facto leader of January 6th by the government and Chief Judge Howell of the DC Circuit.

Here is a brief account of the morning of January 6th 2021. Some details are left out as I still face trial.

On the morning of January 6th my mother, friend, and I were walking down Constitution Avenue toward Ellipse Park. I was talking into my megaphone something about Joe Biden when I was waived down by who I now know as Ray Epps. We walked over to Ray Epps and associates who were wearing military colors. He was yelling, “We are marching over to the Capitol at 1:00pm whether Trump is done speaking or not and we are going inside.”

When we were close to Ray Epps he put his hand on my shoulder and said to me, “You have a bullhorn! You have a loud voice to get the word out!” Trying to place responsibility on me Ray Epps said, “You need to tell people the plans. At 1:00pm we are going inside the Capitol whether Trump is done speaking or not.” Ray Epps said, “We are leaving from here and we will walk that way to the Capitol and through the front door.” That was near the corner of what I believe is Constitution Avenue and Ellipse Park.

We continued on with our day at the Trump rally and as Trump was speaking, sure enough, a crowd was on its way down Constitution Avenue towards our nation’s Capitol Building. This was the beginning of a peaceful protest, or so I thought. At the Capitol Ray Epps was whispering in Ryan Samsel’s ear egging him on to take down the barricade as seen on video. I can tell you Ray Epps was inciting the crowd all day. Ray Epps was yelling to the crowd “Push forward” on the West Terrace. I heard Ray Epps on multiple occasions saying “We are going inside”, even after peaceful protesters were met with police force on the West Terrace.

Not once did my mother, my friend, or I pass the police line or continue into the Capitol Building that day. However I was attacked multiple times with rubber bullets and sprayed repeatedly directly in the face with various chemicals for speaking on my megaphone. My mother was also sprayed with multiple different chemicals in her face and shot with rubber bullets and pepper balls in her head for no reason. Capitol police were aiming for faces leaving multiple people’s faces riddled with holes bleeding profusely.

My friend was hit in the head with a concussion grenade and it went off severely injuring him and cracking one of his teeth without warning or any provocation. It was clear they wanted to severely injure people without any announced reason or any apparent provocation. I watched as Capitol Police beat unarmed women with batons. I watched a very petite woman pushed over by Capitol police onto a sharp leg of a barricade that was on its side purposely and unwarranted. They wanted to hurt the vulnerable and elderly. Everyone was asking “Why are you doing this?” They were out for blood!

I remember walking back into the crowd to find my mother and hearing Ray Epps yelling “keep going, push forward” and still pushing the idea that we were “going inside”. He even said, “We knew this would happen, this is why we showed up.” He was pushing the same metal sign in the same way that the DOJ has used to charge me with felony assault. (We were trying to push it upright, not to harm anyone.) Never did I expect the events to unfold as they did that day. Yet cool, calm, and collected Ray Epps was still there directing others to “remember the plan”. The plan that he and his corrupt cronies had in place on a very specific timeline, seemingly in order to stop the truth from coming out on the house floor as representatives started to contest the election. Imagine if our representatives had time to present the evidence in a constitutional debate on the house floor in front of millions on national television. I knew something was off. It was an ominous feeling I know shared by many patriots that day.

I decided to leave early on, well before any breach in the police line actually occurred. Little did I know that the Capitol police were already waiving people inside the building on the east side.

Now I am facing decades in prison. I’m up against the full weight of the DOJ, the DC-Gulag, a very bias court circuit and the mainstream media lies with nothing but a court appointed lawyer who seems to be working against me.

I wish to put Ray Epps on the stand to answer the tough questions. Why is Ray Epps not in jail for inciting the crowd or obstruction of congress or seditious conspiracy? Where is equal application of the law? Who was he there with? What were his motives and who does he work for? Why did he keep repeating that we need to go inside not only a day before January 6th but even after being met with police force outside the Capitol?

Why am I being treated harshly and Ray Epps is free to go when he was clearly more involved in the events of January 6th? God bless America. Pray for justice pray for truth.

Thank you for supporting my family and I during these hard times.

Through their persecution of hundreds of political prisoners, Merrick Garland’s DOJ has made clear that urging people to “Go into the Capitol” constitutes a heinous crime. They have made it clear that moving or pushing objects in the vicinity of law enforcement constitutes “assault with a dangerous weapon”. They have made clear that trespassing on Capitol grounds is felony “Obstruction of Justice”, punishable by up to 20 years in prison.

While Ray Epps is on video doing all of the above – including acknowledging the illegality of his conduct (“I’ll probably go to jail for it”) – Garland’s DOJ has offered no explanation as to why Epps is a free man and uncharged UNLIKE THE MANY PROTESTERS HE INFLUENCED. According to a Ray Epps PUFF PIECE by the failing New York Times, poor Ray Epps is in the Rocky Mountains “in hiding” with his wife, running from the extremists who have targeted him. (If there was ever doubt that Ray Epps is a Fed, the defense piece the New York Times wrote for him should be the proof.)

At least four men including McHugh, Marshall Neefe, Jose Padilla and Thomas Hamner have been charged with felony assault and ordered detained for pushing the metal sign alongside Epps. See the metal sign incident here:

Although McHugh was repeatedly urging others to ‘PEACEFULLY’ march (at the behest of Epps) and moving the same sign in the same fashion, he now subject to 13 months of dehumanizing pretrial detention—and has received no such mainstream sympathy as Epps. See video of Sean asking people to be peaceful below:

In fact, McHugh is being urged by his public defender to accept a plea offer that would put him in jail for 7-8 years – despite injuring no one, damaging nothing, not entering the building and abiding by curfew.

McHugh is the third man to come forward to say he was witness to Rap Epps igniting lawlessness that day.

Even leftists classify Epps as a “kind of a mentor… seen on the front lines”who “gives instructions” and “seems to help direct the breach.” One other January 6 defendant told the Epoch Times that Epps pulled three men from the crowd and directed them to obtain siege weapons from a hatch on Capitol grounds.

So why is McHugh accused of a “de facto leadership role” for repeating Epps orders to march peacefully?