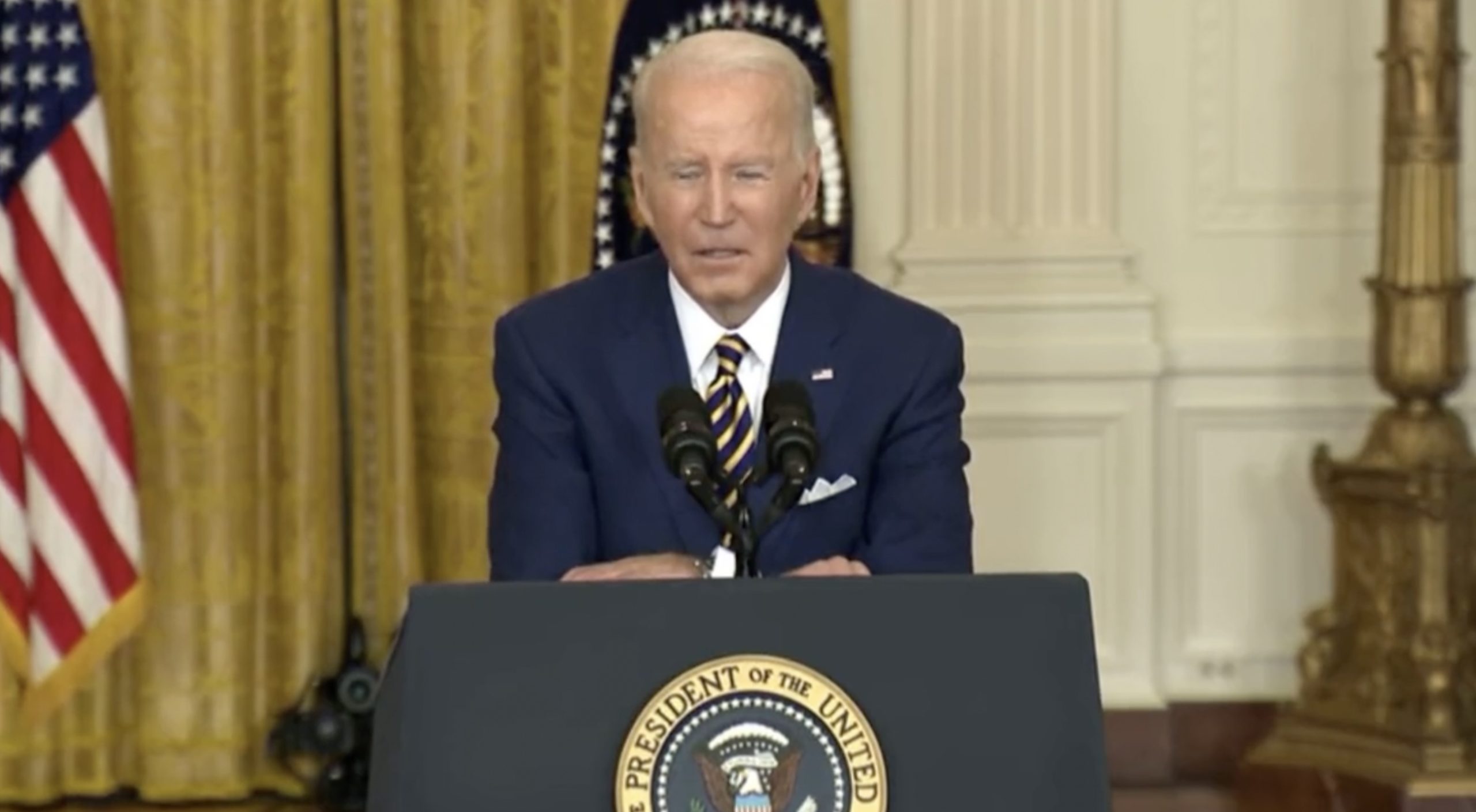 The media has memoryholed this, but Biden gave Putin permission to launch a “minor incursion” into Ukraine. You’d think that would get some mention today, but no; the Enemy Propaganda Media wants everyone to forget.

Of course they’re going to ignore it. “Minor incursion” means something else entirely to CNN staff.

Note that in that unfortunate ad lib (Ice Cream Joey should never ad lib, he should just read what Acting President Klain has scripted for him), Brandon says in the case of a “minor incursion,” we would have to “debate” “what we’d have to do.”

In fact, Brandon seems to have initially categorized this invasion as a “minor incursion,” because his senior officials were publicly “debating” whether or not we’d have to impose the sanctions Brandon had promised in case of an invasion-invasion.

Ali Rogin @AliRoginNEW: In a conference call with reporters on responding to Putin, and what comes next, a senior admin official suggested that Russian troops in Donetsk/Luhansk *alone* may *not* warrant the “swift and severe” sanctions the admin has been previewing.

SAO: “Russian troops moving into Donbas would not itself be a new step. Russia has had forces in the Donbas for the past 8 years.” But the SAO did say there will be additional sanctions imposed tomorrow.

To my ear, this is a new ambiguity that, up until now, the administration has not employed.

After pushback, Brandon is now talking about “severe” sanctions again.

Meanwhile, the media is full of cope, telling itself that Putin must be wishing that Trump was still in office, because Trump would let him take Ukraine, just like… Brandon is doing right now. 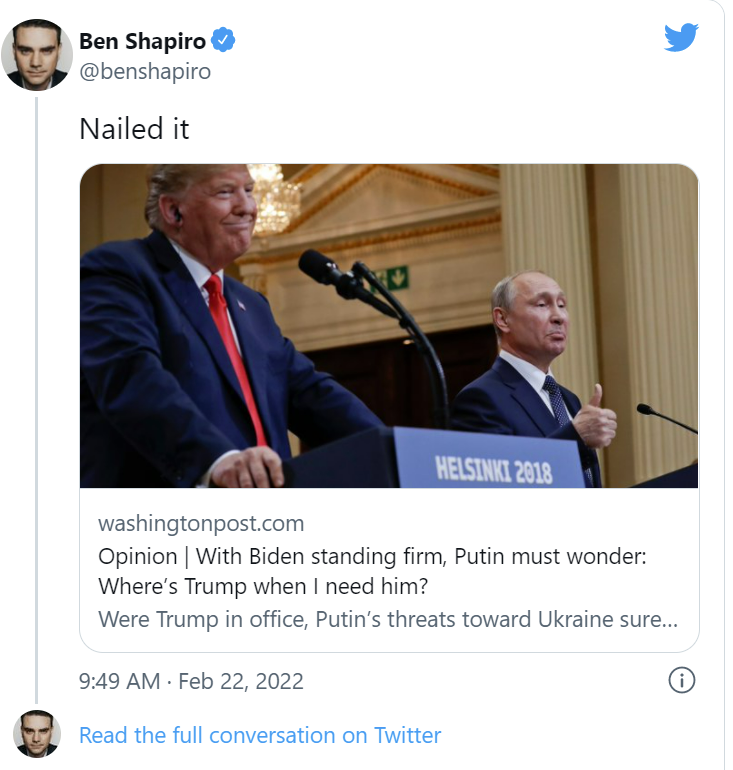 Putin invaded Ukraine when Biden was veep in February 2014. They’re invading again now. I don’t think Biden is a deterrent.

And of course Putin annexed part of Georgia under Obama and Biden, too. (Thanks to rhomboid for correcting that it was only part of Georgia, South Ossetia to be specific.)

But Trump’s the one he really wants in office, huh? 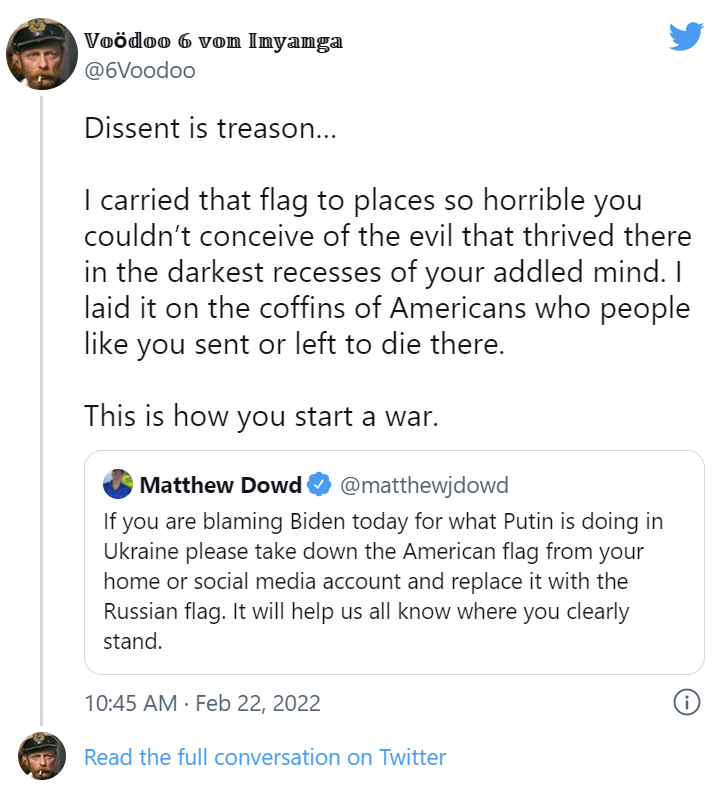 The neoliberals and neocons have teamed up in a Reese’s Cup commercial kind of way: The neoliberals say, “You got your ‘You’re an enemy agent‘ slur in my ‘You’re a racist homophobe misogynist‘ smear!”

Where are all the Anti-War wackos anyway where can they be? Can we say No Media Coverage?

Last thing Joe wants is Putin to get ahold of any of the papertrail leading from Ukraine $$$ to Joe via Hunter.
How many Americans will die to protect Joe’s $$$?

Putin got exactly who he wanted in the White House. Trump was no one to mess around with but idiot Biden can be bought and played easily.

Can we get a few Russian’s to do a minor incursion at our southern border? Maybe Biden would care what’s going on there.