President Trump Warns Congress Not to Touch Social Security and Medicare, For a Good Reason, He’s The One Who Can Fix Them 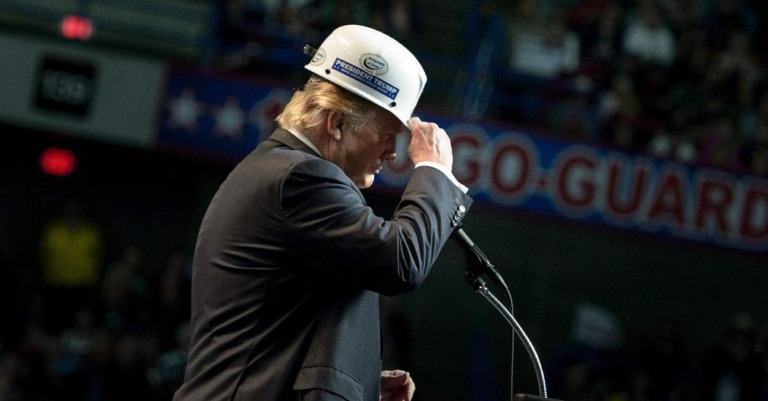 President Trump transmitted a message to congress, warning them not to cut Social Security and Medicare {Direct Rumble Link}.  Many politicians and pundits will look at Trump’s position from the perspective of it being good to campaign for older voters, but that’s not the core of his reasoning.

In 2016 CTH was the first place to evaluate the totality of President Trump’s economic policies; specifically, as those policies related to the entitlement programs around Social Security and Medicare.  We outlined the approach Trump was putting forth and the way he was approaching the issue.   In the years that followed, he was right.  He was creating a U.S. economy that could sustain all of the elements the traditional political class were calling “unsustainable.”

Before getting to the details, here’s his video message and policy as delivered yesterday. WATCH:

Fortunately, we do not have to guess if President Trump is correct. We have his actual economic policy results to look at and see how the expansion of the economy was creating the type of growth that would sustain Social Security and Medicare.  This was/is MAGAnomics at work.

With the single caveat of “high income retirees” (over $250k annually), which previously Trump said he was open to negotiating on, President Trump does not consider these programs as “entitlements”. The American people pay into them, and the federal government has an obligation to fulfill the promises made upon collection.

To fully understand how Donald Trump views the solvency of Social Security, you must again understand his economic model and how it outlines growth.

The issue with Social Security, as viewed by Trump, is more of an issue with receipts and expenditures. If the aggregate U.S. economy is growing by a factor larger than the distribution needed to fulfill its entitlement obligations, then no wholesale change on expenditure is needed. The focus needs to be on continued and successful economic growth.

What you will find in all of Donald Trump’s positions, is a paradigm shift he necessarily understood must take place in order to accomplish the long-term goals for the U.S. citizen as it relates to “entitlements” or “structural benefits”.

All other candidates and politicians begin their policy proposals with a fundamentally divergent perception of the U.S. economy.

The customary political economy theory, carried by most politicians, positions them with an outlook of the U.S. economy based on “services”; a service-based economic model.

While this economic path has been created by decades old U.S. policy and is ultimately the only historical economic path now taught in school, President Trump initiated his economy policy with the intention to change the dynamic entirely, and that’s exactly what he did.

Because so many shifts -policy nudges- have taken place in the past several decades, few academics and even fewer MSM observers, were able to understand how to get off this path and chart a better course.

Donald Trump proposed less dependence on foreign companies for cheap goods, (the cornerstone of a service economy) and a return to a more balanced U.S. larger economic model where the manufacturing and production base can be re-established and competitive based on American entrepreneurship and innovation.  This is the essence of MAGAnomics.

The key words in the prior statement are “dependence” and “balanced”. When a nation has an industrial manufacturing balance within the GDP there is far less dependence on the economic activity in global markets. In essence the U.S. can sustain itself, absorb global economic fluctuations and expand itself or contract itself depending on the free market.

When there is no balance, there is no longer a free market. The free market is sacrificed in favor of dependency, whether it’s foreign oil or foreign manufacturing, the dependency outcome is essentially the same. Without balance there is an inherent loss of economic independence, and a consequential increase in economic risk.

No other economy in the world innovates like the U.S.A. President Donald Trump saw/sees this as a key advantage across all industry – including manufacturing and technology.

The benefit of cheap overseas labor, which is considered a global market disadvantage for the U.S., is offset by utilizing innovation and energy independence.  This was the core of the economic program that created so much immediate GDP growth in 2017, 2018 and 2019.

2017: […]  “This policy will be successful in moving the U.S. economy away from low-growth secular stagnation towards significantly more buoyant performance. We would not be taken by surprise by a doubling of the growth rate of real GDP in the U.S. over the next two years, nor by a further significant move up of equity valuations and a material further appreciation of the dollar.”  ~  David Folkerts-Landau, Chief Economist, Deutsche Bank

The third highest variable cost of goods beyond raw materials first, labor second, is energy. If the U.S. energy sector was unleashed -and fully developed- the manufacturing price of any given product would allow for global trade competition even with higher U.S. wage prices.  This is why President Trump traveled to Saudi Arabia as his first foreign trip, followed closely by a trip to Asia.  He was putting the basics of his U.S. economic policy into place.

Additionally, the U.S. has a key strategic advantage with raw manufacturing materials such as: iron ore, coal, steel, precious metals and vast mineral assets which are needed in most new modern era manufacturing. President Trump proposed we stopped selling these valuable national assets to countries we compete against – they belong to the American people; they should be used for the benefit of American citizens. Period.  This was the central point of the Steel and Aluminum tariffs.

EXAMPLE: Prior to President Trump, China was buying and recycling our heavy (steel) and light (aluminum) metal products (for pennies on the original manufacturing dollar) and then using those metals to reproduce manufactured goods for sale back to the U.S.

As President, Donald Trump stopped that practice immediately, triggering a policy expectation that we do the manufacturing ourselves with the utilization of our own resources.  Then he leveraged any sales of these raw materials in our international trade agreements.

When you combine FULL resource development (in a modern era) with the removal of over-burdensome regulatory and compliance systems, necessarily filled with enormous bureaucratic costs, Donald Trump began lowering the cost of production and the U.S. became globally competitive. In essence, Trump changed the economic paradigm, and we no longer were a dependent nation relying on a service driven economic model.

The cornerstone to the success of this economic turnaround was the keen capability of the U.S. worker to innovate on their own platforms. Americans, more than any country in the world, just know how to get things accomplished. Independence and self-sufficiency are part of the DNA of the larger American workforce.

In addition, as we saw in 2018 and 2019, an unquantifiable benefit came from investment, where the smart money play -to get increased return on investment- became putting capital INTO the U.S. economy, instead of purchasing foreign stocks.

With all of the above opportunities in mind, this is how President Trump put us on a pathway to rebuilding our national infrastructure.

The demand for labor increased, and as a consequence so too did the U.S. wage rate which was stagnant (or non-existent) for the past three decades.

As the wage rate increased, and as the economy expanded, the governmental dependency model was reshaped and simultaneously receipts to the U.S. treasury improved.

More money into the U.S Treasury and less dependence on welfare/social service programs have a combined exponential impact. You gain a dollar and have no need to spend a dollar – the saved sum is doubled. That was how the SSI and safety net programs were positioned under President Trump.  Again, this is MAGAnomics.

When you elevate your America First economic thinking you begin to see that all of the “entitlements” or expenditures become more affordable with an economy that is fully functional.

We know it works, because we have the results to cite.

Right before the pandemic would hit a few months later…. Despite two years of doomsayer predictions from Wall Street’s professional punditry, all of them saying Trump’s 2017 steel and aluminum tariffs on China, Canada and the EU would create massive inflation, it just wasn’t happening!

Overall year-over-year inflation was hovering around 1.7 percent [Table-A BLS]; yup, that was our inflation rate.  The rate in the latter half of 2019 was firmed up with less month-over-month fluctuation, and the rate basically remained consistent.   [See Below]  The U.S. economy was on a smooth glide path, strong, stable and Main Street was growing with MAGAnomics at work.

The farce that the GOP will “get rid of it” is just so they can raise payments on the sly.

Trump knew how to run an economy. Democrats don’t. Democrats have on solution for every problem: raise taxes. Problem is, raising taxes CREATES problems more often than not. Because Democrats are never involved in creating wealth and, therefore, have no idea how it happens, their only solution is always to steal money from the taxpayers who are painfully aware of how wealthy is created and what it takes to create it.