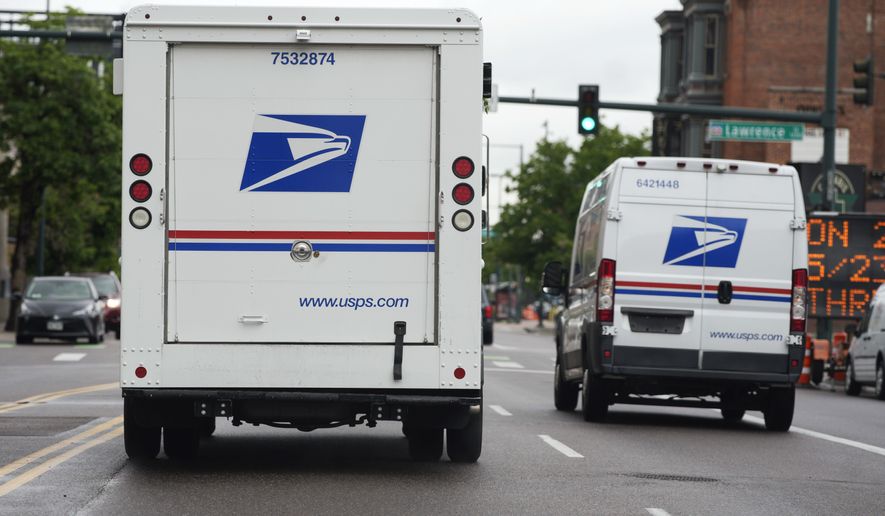 The U.S. Postal Service monitored protesters across the country, snooping on Americans focused on issues involving guns and President Biden’s election, according to records obtained by The Washington Times.

Postal inspectors tracked the actions of gun rights activists gathering in Richmond, Virginia; people preparing to demonstrate against police in Louisville, Kentucky, after an investigation into the police shooting of Breonna Taylor; and far-right groups headed to the District of Columbia after Mr. Biden’s election.

The records provide a rare glimpse into the breadth and depth of the Postal Service’s surveillance apparatus, which Mr. Eddington said was capable of reaching into every home and business in the country.

“The Postal Service cannot reliably deliver mail to my own home, yet they can find the money and people to effectively digitally spy at scale, including on Americans engaged in First Amendment-protected activities,” Mr. Eddington said.

A September 2020 bulletin from an analyst working on the social media snooping program noted that Louisville was operating under a state of emergency in anticipation of an announcement regarding the state’s investigation into Ms. Taylor’s death. Details of the analysis were redacted, as was the analyst’s name.

Postal inspectors’ social media surveillance also determined that a “Million MAGA March” set for Nov. 14, 2020, would cause traffic delays in the District, Maryland and Virginia and noted that the event had been posted on a “conservative forum.”

Other bulletins from postal inspectors show analysts following social platforms including Parler and Wimkin. The Postal Service assessed on Jan. 12, 2021, that the deplatforming of Parler likely disrupted coordinated protests planned for Inauguration Day, which postal inspectors compared to the riot on Jan. 6 at the U.S. Capitol.

Multiple bulletins created by the postal inspectors include disclaimers that the reports are not intended to infringe on Americans’ constitutional rights but to provide information to law enforcement about the potential for violence and criminal activity.

Big Brother Biden is Watching You

Don’t forget, joe has created a dedicated ballot collecting part of the US Post Office.
I wonder how many ballots will be “lost in the mail,” because of their one-sided shenanigans?

And these people wouldn’t participate in Democrat election fraud?