Politics and the Politicization of the US Military 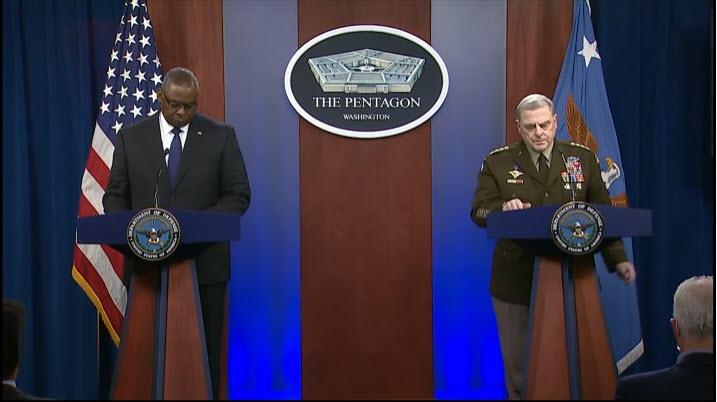 “If there is one basic element in our Constitution, it is civilian control of the military” – Harry S. Truman

Americans traditionally have been wary of a large permanent military establishment, believing it to be a threat to democratic institutions. This attitude goes all the way back to the Founding Fathers who deliberately kept the army small, preferring to rely on local militia in case of an emergency. This was done to prevent the army from being used to repress the rights of any individual state during the long and ongoing battle over the issue of states’ rights; the echoes of which still reverberate to this very day. The past nine months’ events show how wise this attitude was.

During major conflicts, such as the Civil War and the two World Wars, the military would expand exponentially, only to revert to the size of a constabulary force when hostilities ended. This lasted until the end of the Cold War when our newly established rivalry with the Soviet Bloc compelled us to maintain a large standing military force.

All American soldiers swear the same oath to preserve, protect, and defend the Constitution of the United States. Their oath is not to any political party regardless of which one currently holds the reins of power.

Career military officers occupy a unique place in American society. Ideally, they are supposed to be apolitical. They vote in elections of course, but they are not free to criticize politics openly nor to deride their Commander-in-Chief, whoever that might be. Senior officers are supposed to be promoted based on competency, efficiency, and ability, not because of loyalty to any political party.

Officers who violate these rules can be dismissed from the military. The most famous example was President Truman’s firing of General Douglas MacArthur in 1951. An open critic of the Truman administration’s handling of the Korean War, MacArthur delved into the area of foreign policy, urging the Nationalist Chinese on the island of Formosa (now Taiwan) to attack the Chinese mainland. Since this would have entailed an expansion of the war, possibly involving the Soviet Union, this was the last thing Truman wanted. MacArthur had to go.

Seventy years after MacArthur’s ignominious dismissal, another American general is in the spotlight: General Mark Milley, Chairman of the Joint Chiefs of Staff and the highest-ranking military officer in the armed forces. MacArthur’s actions took place at a time when America was beginning its ascendancy to the position of global superpower; Milley’s deeds have occurred during a time when America’s dominant position is clearly in a state of decline. Both men believed in the righteousness of their cause and both served under presidents whose actions they deemed harmful to American interests. Both men acted in ways that clearly overstepped the boundaries of their authority and both fervently defended their actions, causing a great deal of controversy.

According to Bob Woodward’s and Robert Costa’s newly published Peril (and subsequently reported in the Washington Post), in October 2020 and January 2021, Milley placed phone calls to his Chinese counterpart in Beijing (which he later admitted doing). These calls were meant to reassure the Chinese we were not going to launch a nuclear strike against them. Milley stated, “If we’re going to attack, I’m going to call you ahead of time. It’s not going to be a surprise.”

Milley also allegedly asked his senior commanders to take on oath to him promising to obtain his approval if Trump launched a nuclear attack. A spokesman for the general stated he acted within his authority as the senior military advisor to the President and the Secretary of Defense, yet Milley failed to consult any civilian authority, a fact confirmed by his superiors in the Trump administration and by the former President himself.

General Milley also undertook at least two other controversial programs. The first was adopting Critical Race Theory as part of the reading curriculum for the military; a program which he personally defended during recent congressional hearings.

American soldiers have historically sacrificed themselves on battlefields from Europe to Asia and the Middle East to save their brothers in arms. All that mattered was the other guy wore the same uniform. Under Critical Race Theory, a soldier would be compelled not to look at the color of a fellow soldier’s uniform, but at the color of his skin, before acting. Just how this adds to the cohesiveness, comradery, and fighting efficiency of the military is not explained.

Second, Milley worked closely with Defense Sec. Lloyd Austin, who ordered a “stand down” of the entire military to hunt down “extremism” in the military. This was done in response to Joe Biden’s announcement of “white supremacists” as the greatest threat to our democracy. Accordingly, an internal review was conducted to identify any “offenders” within the ranks. Given these facts, it seems that the entire military is being both indoctrinated and politicized.

A large military establishment is now a permanent part of the American landscape. Just exactly how and against whom this force is to be used is now the question. China’s recent history provides one possible outcome. In June 1989, more than one and a quarter million protesters gathered in Beijing’s Tiananmen Square to advocate for democratic reforms. Those protests had been going on for several weeks and had spread to dozens of Chinese cities. The Chinese Communist Party, perceiving an existential threat to their power, ordered the Chinese army, the People’s Liberation Army, to crush the demonstrators, most of whom were unarmed students. No one knows how many were killed, but estimates run from hundreds to several thousand.