Police Injured by ‘Friendly Fire’ on January 6 – Did that include Brian Sicknick? 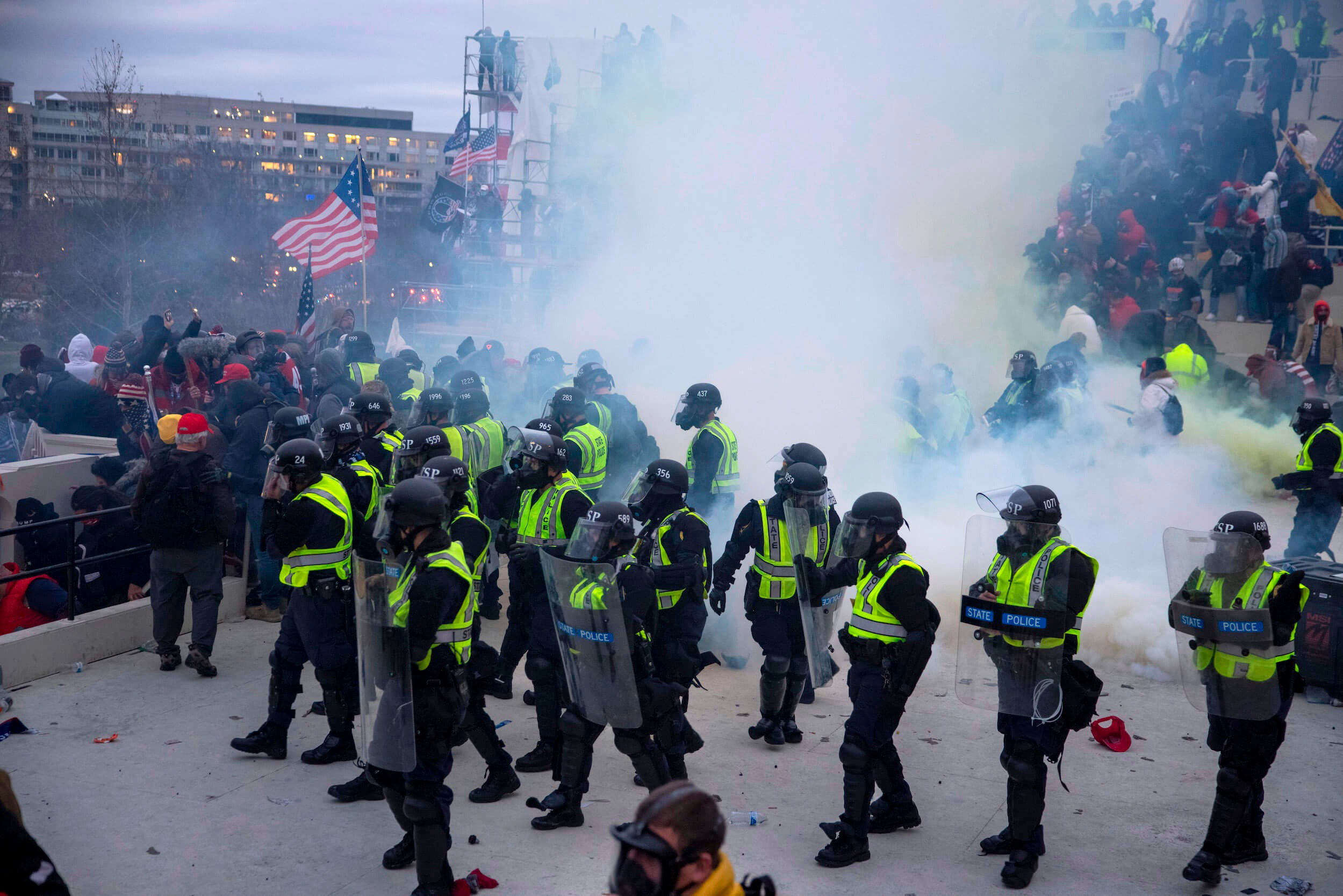 New Jersey man will be sentenced on Friday for his participation in the events of January 6, 2021. Julian Khater, 33, faces up to eight years in prison for allegedly using pepper spray against three police officers, including the late Brian Sicknick, that afternoon.

Khater and his friend, George Tanios, were arrested in March 2021 in connection with the alleged assault. After spending more than 18 months in a fetid D.C. jail under pretrial detention orders—Judge Thomas Hogan repeatedly denied attempts by his family to post bail—Khater pleaded guilty to assaulting police officers with a dangerous weapon. (Tanios rejected numerous plea offers on the same charges; prosecutors finally dropped the assault counts, and he pleaded guilty to two misdemeanors.)

The Justice Department’s case was flimsy from the start, which I explained shortly after the pair’s arrest. Khater and Tanios are nothing more than human props to sustain arguably the biggest falsehood related to January 6—that Capitol Police Officer Brian Sicknick was killed in the line of duty. Even though a coroner concluded Sicknick died of two strokes caused by a blood clot near his brain, his death is still shamefully exploited by everyone from Joe Biden to congressional Democrats and even Sicknick’s own loved ones.

Capitol police announced Sicknick’s passing on January 7, 2021, with claims he was “injured while physically engaging with protesters.” Donald Trump and his supporters were immediately branded as cop killers.

The story, however, kept changing. First, the New York Times reported Sicknick had been bludgeoned to death by a fire extinguisher. After the paper retracted that story in February 2021, the media, no doubt prompted by the Justice Department, suggested Sicknick died of an allergic reaction to chemical spray.

In an attempt to salvage the credibility of its first bogus account, the Times published another lengthy report in March 2021 with cherry-picked clips and screenshots designed to reenact the assault. “New videos obtained by The New York Times show publicly for the first time how the U.S. Capitol Police officer who died after facing off with rioters on Jan. 6 was attacked with chemical spray.”

But body camera footage from a D.C. Metropolitan police officer on duty that day raises serious doubts about the government’s claims and the Times’ face-saving story about what happened to Sicknick. In fact, the video shows how police, not protesters, gassed their fellow officers with chemical spray. Stricken officers, including Sicknick, appear to seek aid and shelter from the toxic gas, causing the collapse of a security line on the west side of the building.

This six-minute clip from Officer Daniel Thau’s body camera shows the accidental discharge of a 40-millimeter canister of a chemical irritant around 2:25 p.m. on January 6. Thau ordered Officer Richard Khoury to aim a launcher with the canister at protesters assembled on scaffolding erected for Biden’s inauguration. “Fire it up in the air,” Thau instructed Khoury. “Just fucking shoot.”

But Khoury misfired. “What the fuck?” he asked. A large cloud of chemical powder fell short of the scaffolding and instead enveloped a crowd of officers standing on the northern end of the west side of the Capitol. Officers coughed and gasped for air; some were bent over in pain.

The gas cloud quickly traveled southward to where Sicknick was stationed, propelled by a brisk 18-mile-per-hour wind out of the north in Washington on January 6.

Prosecutors claim Khater sprayed Sicknick at around 2:23 p.m., but the evidence, just like everything in the January 6 saga, is dubious at best. Darren Beattie at Revolver News carefully disassembled both the Times’ reporting and the government’s evidence. “[From] the moment Khater raises a spray canister onward, there is not a single moment in which Khater appears in the same video frame as Officer Sicknick,” Beattie wrote in March 2021.

That’s because, according to a separate choppy video released by the government in April 2021, Sicknick left that area and headed north—presumably walking straight into the drifting chemical cloud produced by Khoury’s launcher.

Sicknick is then photographed bent over near inaugural scaffolding, the same area where officers quickly advanced up a set of stairs to seek fresh air on the upper west terrace after Khoury’s misfire.


It just happened to be the exact location where Sicknick is also seen on surveillance video recovering from the effects of chemical spray and rinsing his eyes with bottled water about two minutes after Khoury’s misfire.


The Times’ March 2021 also suggested Khater’s “attack” on law enforcement caused many officers to abandon the secure perimeter. “The attack on Officer Sicknick and his colleagues comes at a key moment. Within five minutes, the police line collapses, officers retreat into the Capitol and rioters gain control over the west side of the building.”

Except that’s not accurate. Testimony by a top Capitol Police official this month confirmed it was the misfire by Officer Khoury that led to the collapse of the police line, which at the time was successfully keeping the crowd away from the building:

Defense Attorney Bradford Geyer: As we play this, if you can try to pay attention to the smoke, whether it’s just smoke or whether it’s [tear] gas, and the reactions of the officers. Okay?

Geyer: Does it seem to you there’s some kind of retreat by the officers along the line in this video?

Geyer: So could this be a reason why right around this time you had to confront protestors coming into the crypt and coming into that first floor, because there was a strategic retreat, the lines gave way, and the crowd just walked forward with provocateurs.

Mendoza: I can’t say why that specific crowd was where they were at the time they were there.

Mendoza also confirmed that police used “a lot of munitions that day.” Thau’s full video shows his arrival at the west side of the Capitol shortly after 1:00 p.m., more than an hour before the building was breached on the other side. Officers are seen coughing and rubbing their eyes after being hit with tear gas deployed by law enforcement.

At around 1:50 p.m., Thau ordered another officer to “drop one in there” against the nonviolent crowd. He then warned his colleagues to protect themselves. “Wind, wind!” he shouted, referring to high wind conditions. As Thau tended to the injured, one officer screamed at him: “Stop doing the goddamn pepper spray!”

Even giving the government the benefit of the doubt—that Khater attacked Sicknick a minute or so before Khoury’s misfire—it’s clear the individuals responsible for discharging copious amounts of dangerous chemicals into the air on January 6 were police officers. (Khater is seen on open source video at 2:14 p.m. complaining that “they just sprayed me,” referring to police. And body camera footage from the D.C. Metro police officers who recorded the alleged attack remains under protective seal.)

Sad these people guarding the capitol are so poorly trained. Keystone like actions.

This is what we’ve come to; our government having to suppress evidence in order to convict political prisoners of crimes to use them as examples. I think I’ve read about similar governments before.

Nancy got exactly what Nancy wanted.