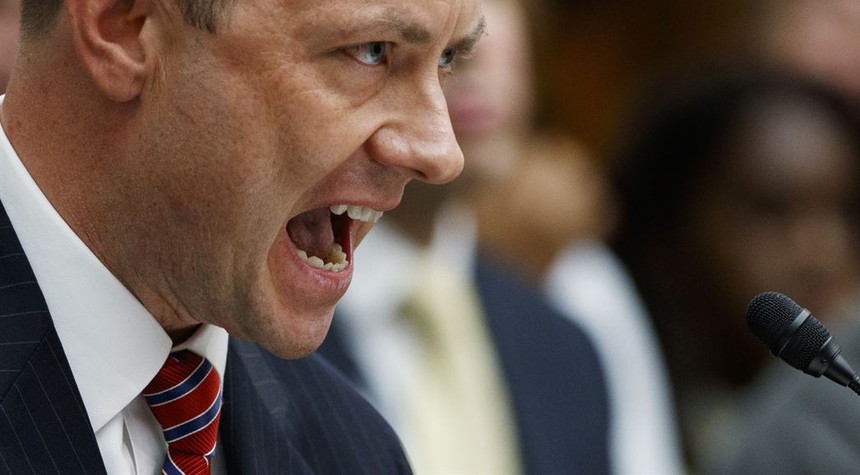 We’ve written about a lot of problems with the FBI raid on President Donald Trump’s Mar-a-Lago home, including that the warrant was overly broad and allowed them to grab anything that was created during his presidential term. That’s hardly narrow and specific as a warrant is supposed to be. That could be a potential legal issue right there. It screams fishing expedition.

But as we noted, in the process, the FBI grabbed things that were not within the scope of the warrant including his passports. They are returning them to him, but why were they grabbing them, to begin with?

According to reports, they also may have taken things that were subject to executive privilege and/or attorney-client privilege, which raises more concerns about the fishing expedition and how that might negatively impact Trump.

Guess who MSNBC pulled out of the trash heap to opine about the integrity of the FBI? Disgraced fired former FBI official Peter Strzok. “The FBI makes mistakes,” host Joe Scarborough claimed as an excuse for the Russia hoax.

MSNBC’s Morning Joe brings on @PeterStrzok to argue on behalf of the FBI’s integrity: “It’s not that the FBI is targeting any one side or the other. What you see is the FBI going out on a day-in and day-out basis objectively investigating allegations of law.” pic.twitter.com/bIyBladBMg

Um, Joe? An FBI lawyer, Kevin Clinesmith, filed a false statement with the FISA Court to get a warrant against the Trump team. But yeah, “mistake.”

But there was Strzok, saying Americans should “trust what the FBI is doing.” He cites what the FBI did during the Hillary Clinton investigation and said that “it’s not like the FBI is targeting one side or the other.” According to him they’re just “objectively investigating allegations of law.” Even as he says that, he attacks the “right-wing” for pushing a “one-sided narrative.”

He must be joking. Hillary Clinton is the perfect example of how it is one-sided. Despite creating a private server to avoid government review, having highly classified documents on it, destroying emails, and destruction of evidence, she was never raided and got a complete pass. But hey, why should Strzok start being honest now?

Then there were the FBI geniuses Lisa Page and Peter Strzok. https://t.co/3wSO6wtIpI pic.twitter.com/EOj8phpIiS

Exactly why should we trust the FBI, given everything we’ve seen over the last six years since the Hillary Clinton decision by James Comey and the Russia collusion hoax that she helped pay for? Let’s remember: Strzok is the same guy who tweeted that they were not going to let Trump win.

“I want to believe the path you threw out for consideration in Andy’s office that there’s no way he gets elected but I’m afraid we can’t take that risk. It’s like an insurance policy in the unlikely event you die before you’re 40.”

But when Trump tweeted about the passports, guess who responded to Trump with another perfect example of bias? Yep, Peter Strzok

There is no doubt what the DOJ and FBI are doing. They are tools of the DNC, a corrupt organization that needs to use every trick in the book to compensate for its utter failure to produce anything that benefits the American people.

Simply put, it they cannot put their bias and prejudice aside and function as an agency that protects the citizens, they need to be eliminated.