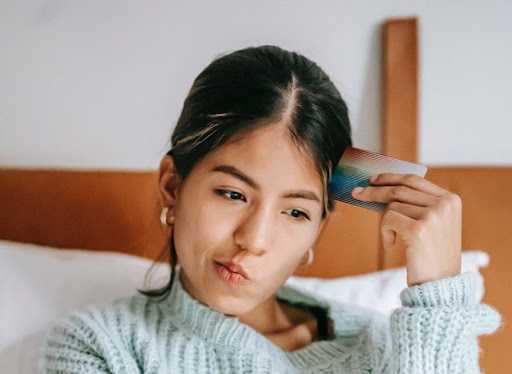 Consumer prices in October increased by a historic 6.2 percent over the year prior making it the biggest inflation jump in 30 years.

According to data released by the U.S. Bureau of Labor Statistics, Americans also paid 0.9 percent more on daily goods and other items than they did in September.

“Along with shelter, used cars and trucks, and new vehicles, the indexes for medical care, for household furnishing and operations, and for recreation all increased in October,” the report noted.

These rising prices come on the heels of a massive supply-chain crisis fueled by the Biden administration’s lack of action and a nation still recovering from months of shutdowns mandated by politicians who sacrificed economic stability and viability to keep people at home.

White House Press Secretary Jen Psaki recently joked that the supply-chain issues facing a majority of American families are simply “the tragedy of the treadmill that’s delayed,” and White House Chief of Staff Ron Klain also downplayed the crisis in a retweet mischaracterizing the historic inflation and backup of goods as “high class problems.”

Rigged elections have consequences, and you can’t use a fake WH set with a fake president to actually run a country.

We are entering uncharted territory with stagflation never seen before. The biden regime has no answer for this other than to send pete buttplug in between bresat pumping schedules out to tell us that infrastructure spending would reduce inflation.

Where do they get these guys???

In Oval Office Address, Biden Claims to Have Saved Christmas and Thanksgiving by Solving Supply Chain Crisis “Months Ago” Reports this week show the West Coast ports are more backed up than ever.

A total of 111 container ships are bobbing at sea around the ports of Los Angeles and Long Beach, waiting to dock and unload. That breaks the previous record of 108 vessels reported on October 21.”

Why not lie? He never has the media call his lies out. His stupid followers will believe them, unquestioned.

Why are savings account interest rates so absurdly low when the inflation rate is so high? Because the financial system has been rigged.

Why did Barry do that?
https://www.bankrate.com/banking/cds/historical-cd-interest-rates/

He didn’t. As the topmost chart in your link shows, the long-term decline began during the Reagan years and worsened with the increasing deregulation of the financial industries. The system no longer depends on savers for a supply of cash to lend. They just add new money to the supply, provided at near-zero interest rates. Then they encourage savers to take their hard-earned cash reserves to the system’s various gambling casinos.

I heard Reagan made Covid-19 in a lab in his basement too.

The current inflation crisis is like all our other crises at the moment: caused and exacerbated by Biden and Biden alone.

Remove this imposter and form a legal Federal Government now.

The one pretending to have power isn’t legitimate and being tossed out by the states each day.

Zero interest rates likely have something to do with inflation. Since around 1984, the financial sector has encouraged debt growth and boosted the money supply to stimulate economic activity, rather than lending savings and allowing market forces to provide savers with a reasonable rate of return. The result has been a steady erosion of the value of the dollar, which IS inflation. Each new round of tax cuts has only made the situation worse.

China likely had something to do with Covid-19, but we blamed Trump.

Yes, I’m aware “the financial sector” and the leaders they install into office increase inflation.

According to you, letting wage earners keep more of their own money through lower taxes is bad and inflationary. On the other hand having government confiscate more of wage earners money, where they can funnel out to by votes, is good. So you and all the lib friends you know must now send all the money you have to the government to stop inflation. Time to pony it up.
https://www.theepochtimes.com/your-money-is-now-losing-close-to-1-percent-of-its-value-every-30-days-according-to-labor-bureau-data_4098600.html?utm_source=partner&utm_campaign=badblue

Never going to happen. Just another promise that gets changed after the election. It’s called “buying votes” and it’s technically illegal.

At least Trump did what he said he would do. It was incredible to finally have someone with integrity instead of a paid loser just there to line the pockets of their donors, like Obama, Bush, and Biden.

biden has no solution to the countries economic woes. The economic downturn is totally the fault of biden.

But according to idiot Biden, adding ANOTHER $1.2 trillion to the debt and printing more money will REDUCE inflation and the cost of good. Actually, I welcome idiot Biden’s blatant lies (well, he’s going to do it anyway). The more he lies, the more his ridiculously transparent lies are exposed by actual reality. A few liberals will have the scales fall from their eyes and realize how ignorant they have been. Perhaps then they will look at the other lies they’ve been told and examine them more closely.

It reinforces the decision to be conservative.

Remember when Greg would blather on about how Trump’s outstanding economic recovery from the Obama doldrums was “overheating” the economy and would lead to hyper-inflation?

Do you think Trump cares about inflation? He’s in debt to the tune of $1.3 billion dollars. He’d MUCH rather pay that off in greatly devalued dollars.

Hmmm… Trump left office in debt while Obama, Biden, Clinton, Pelosi, Schumer, Bernie… all get RICH in politics. Thanks for more proof, Greggo.

greggie, do you have any knowledge about financing at all? It is not how much debt a person or company has, it is it’s net worth that counts. What is the US’s net worth? Inflation happens when the government spends more than it takes in. Biden and you lefties damaged the economy by greatly increasing the cost of energy which increased the cost to consumers for most products. Then he signed massive spending bills that required more taxes that left the middle class with even less to spend on needed products. you need to get educated before you can understand the simple things in basic finance greggie.