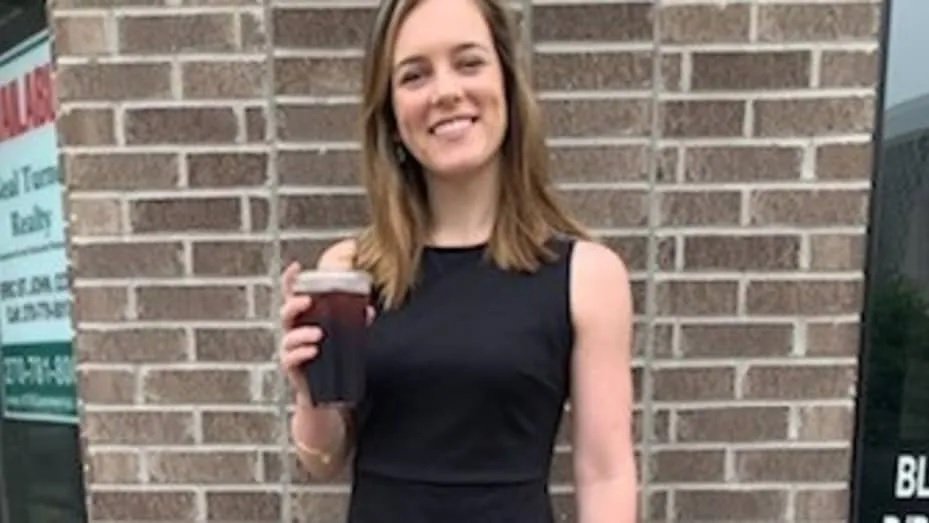 She says we’re not in a recession.

We are Serious Journalists. Please pay us money and give us Prizes now! 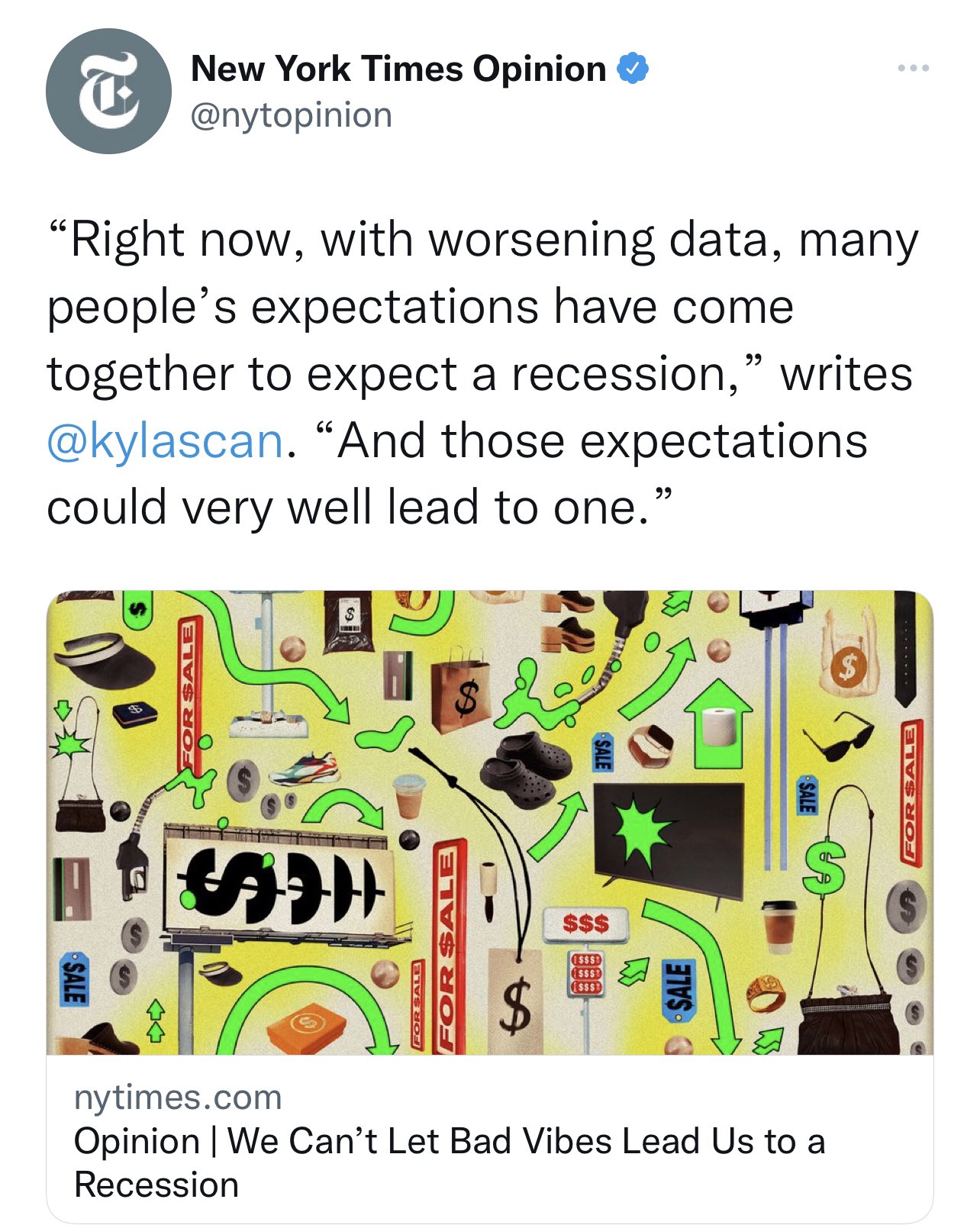 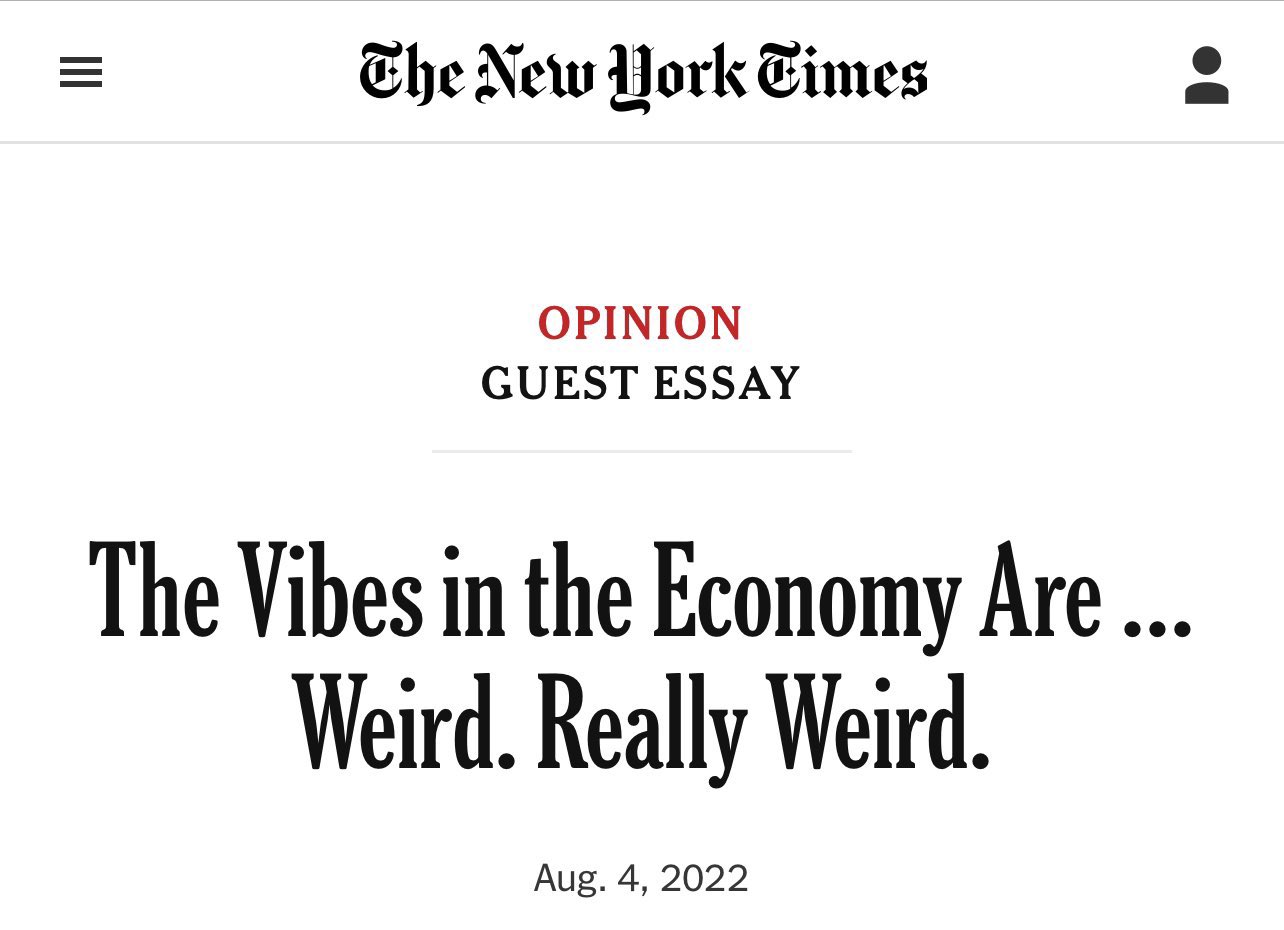 Yes, this just sounds right to me.


A New York Times guest essay is taking heat for its insistence that “weird vibes in the economy” are setting the stage for a recession as economists and consumers alike say the recession has already arrived.”The vibes in the economy are… weird. That weirdness has real effects,” author Kyla Scanlon wrote Thursday.

Scanlon claimed the U.S. economy is less focused on reality and more focused on interpretations of reality, including how consumers react in response to talks of economic decline.

“When policy is more focused on indicators that might not fully reflect reality, and not on the silly and messy people whom the policy is meant to serve, we enter dangerous territory,” she wrote.

“There is no recession yet. Right now we are in a ‘vibe-cession’ of sorts — a period of declining expectations that people are feeling based on both real-world worries and past experiences.”

Scanlon also blamed “noise” about the economy for the negative assumptions American consumers have formed, writing the economy is a testament of what people do and, when too much bad air conquers the circulating narrative, it can lead people to “expect the worst.”

Despite indicators pointing to a recession, Scanlon claimed the recession has yet to arrive, and people are simply fearing the worst is yet to come, writing, “What people expect can soon end up happening, and right now, with worsening data, many people’s expectations have come together to expect a recession. And those expectations could very well lead to one.”

This is all true… and extremely obvious.

Not worth saying, not worth printing, and not worth reading.

The novel part of her claim — the part which is not true — is her apparent belief and her implication that because some of the economy is based on feeling and sentiment, all of it is, and if we just had better feelings and sentiment, the economy would be better.

The vibes in the economy are … weird. That weirdness has real effects. A recent study found that broader vibes do indeed drive what people do, with media narratives about the economy accounting for 42 percent of the fall in consumer sentiment in the second half of 2021.Indicators like G.D.P. are important, but much of the time, the root of economic problems lies with expectations. When we think about things like inflation, financial conditions and monetary policy, it’s best to frame them through people. And people are, of course, silly and messy. Far too many economists and experts forget that the economy is really a bunch of people “peopling” around and trying to make sense of this world.

Literally no economist or expert forgets that. I think it’s just that that’s one of the few economic ideas you’re capable of understanding so you’re pointing to it proudly saying, “Hey, I understand this part! Let’s not forget about this!”

They’re not forgetting about that.

It’s just they also know much more than that.

Again: You’re Basic Bitch. You’d have to struggle to be Mid.

When policy is more focused on indicators that might not fully reflect reality, and not on the silly and messy people whom the policy is meant to serve, we enter dangerous territory.

I think this is a Taylor Swift lyric. It’s a diss track about Katie Perry.

There is no recession yet.

Right now we are in a “vibe-cession” of sorts — a period of declining expectations that people are feeling based on both real-world worries and past experiences.

It’s not just about worries. There are objective facts involved here.

Things are off. And if they don’t improve, we will have to worry about more than bad vibes.

So then people get the “bad vibes” that food and fuel costs more, and that their paychecks are not keeping pace with the rising cost of living. This “bad vibe” just happens to track with objective economic reality.

People then have the “bad vibe” that maybe they should scale back unnecessary purchases because they don’t have as much money as they used to. By spending less money, it is true, they are in fact contributing to an economic downturn — but it’s not just their “bad vibes,” arising out of nowhere, that has produced this outcome. Their “bad vibes,” their belief that they don’t have as much money as they once did and their consequent lack of confidence about future economic security, is a very rational feeling based on, again, the objective economic reality that Biden has presented them with.

She writes as though if we all just believed that the economy were doing great, we could avoid the “bad vibes” that are causing this recession.

Dispelling the “bad vibes” from one’s mind will not suddenly restore the money-to-goods scales to balanced.

It’s not. Market psychology, like basic human psychology, is driven by tangible real-world factors. People don’t just decide “Today I am happy.” Usually there are real-world reasons pushing them down a happy path.

Why doesn’t she just say what she really wants to say? This economy is perfect, except that Republican Witches are casting Spells of Binding on the economy. And the Good Witches have to cast Counter-Spells of Protection.

Now, I don’t know this particular 25-year-old “economic influencer’s” oeuvre, or why the Times was so taken with the expertise of a girl who had so expertly digested a single chapter in the first part of an economic textbook.

I imagine the reasons include things such as: The continuing need to deny that the recession which is obviously happening is happening at all, the need to provide happytalk pablum to stressed-and-depressed progressives giving up watching leftwing news channels and reading leftwing newspapers.