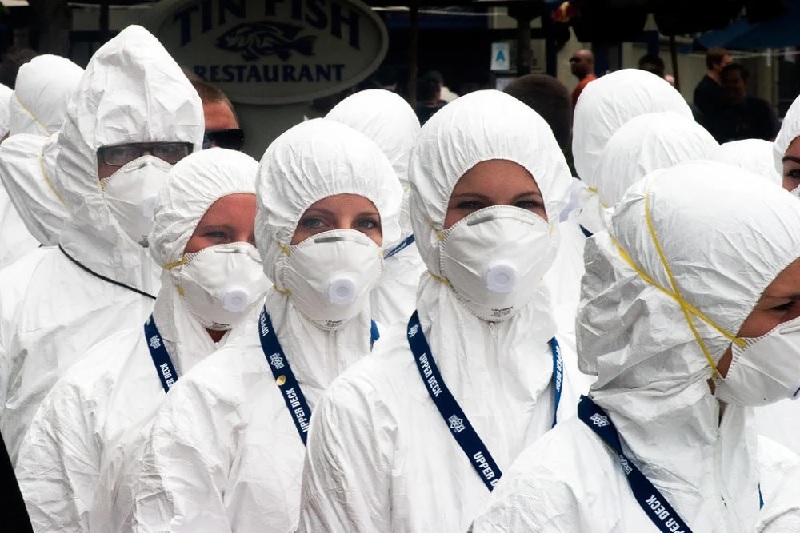 A new study from the Rand Corporation and the University of Southern California titled “The Impact Of The Covid-19 Pandemic And Policy Responses On Excess Mortality,” found that the lockdowns that were mandated in response to the Wuhan virus outbreak didn’t save lives, and even worse, they may have actually resulted in more deaths than would have occurred if shelter-in-place policies had not been mandated.

Though conservative leaders such as Tucker Carlson and Donald Trump were vocal opponents of the lockdowns, with the then-president supporting anti-lockdown protests, corporate media outlets derided their resistance, dubbing it “opposition to science” and calling the case against lockdowns “half-baked.” Democratic leaders did the same, with Gov. Jay Inslee of Washington complaining that Trump was “putting millions in danger of contracting Covid-19,” and referring to the president’s remarks as “unhinged rantings.”

It turns out conservatives weren’t flippantly opposing the science when they resisted lockdowns. In fact, the study also found that shelter-in-place policies “likely had several unintended consequences,” such as causing an “increase in stress and anxiety,” “increases in child abuse and domestic violence,” and worst of all, an “increase in substance abuse and suicides.”

The solution has always been available for hundreds of years. Quarantine those with COVID and those who are vulnerable. Treat vulnerable people with hydroxychloroquine along with an antibiotic to minimize bacterial pneumonia. Hydroxychloroquine did not create any of those symptoms described by the media or those symptoms would have been prevalent for the past 40 years by lupus patients. Masks were incapable for preventing the spread of virus as numerous studies proved.

Our politically oriented medical experts as well as politicians are responsible for nearly all of the deaths attributed to COVID.

0
Deplorable Me
Reply to  Randy

Well, Democrats did pay special attention to those at most risk; they killed them in droves.

Lockdowns were intuitive, not scientific. It made sense that they would slow down the spread of the virus, but we now know the “scientific community” that was advising Trump (and continue to advise the idiot Biden) didn’t understand the virus or how it transmitted. Trump followed the “science” but very rapidly it was clear the time had passed where lockdowns were effective. In addition, those who supported businesses, schools and entertainment being locked down didn’t mind one bit for the radical left to conduct nightly protest, riots, looting, assaults and destruction of property. We were even told explicitly by the lockdown proponents that, for some fantastic reason, thousands massed together rioting COULDN’T spread the virus.

But, recommending ending the shutdowns was madness… “Neanderthal”. Even knowing that nations or states that never locked down didn’t see any higher rates of infection than those that did wasn’t enough to suggest opening the economy back up might be a consideration.

Despite Democrat politicization and interference, we now know Trump did a better job managing the crisis than almost anywhere else. Imagine the catastrophe had Democrats had full control.

“…we now know Trump did a better job…” 603 thousand have died of COVID in the U.S. That’s the highest total of any country in the world.

As we’ve discussed, because Democrats politicized the virus, we have no idea how many died of the virus. Practically everyone that died of anything was listed as a COVID death (until the election when CDC suddenly decided the definition of “cases” was too broad, the sensitivity of tests was too high and declaring people who died WITH COVID as having died OF COVID was misleading). Then you have all those in nursing homes Democrat governors intentionally killed and the additional deaths caused by the banning of treatment with hydroxychloroquine.

You cannot compare our skewed upward statistics with the skewed downward statistics of nations like Russia, China, N. Korea or Iran. Totalitarian nations tend to lie to their people. Like Democrats routinely do.

The main thing that pulled us through was Operation Warp Speed. This idiot Biden wouldn’t know WHAT to do without Trump’s vaccines.

Also, over 200,000 of those died under idiot Biden’s watch, so that blood is on his hands… right?

…we have no idea how many died of the virus.” Speak for yourself. YOU have no idea, because you refuse to believe any of the available data.

Yeah, I prefer the truth, something that doesn’t seem to interest you.

You’re using those numbers for your own agenda, and would NEVER say that Covid was a President’s fault if it had been a Democrat in the Oval Office.

Trump closed our country and got a vaccine to market fast.

It’s fact. He saved millions, and your lies just won’t be remember in history books.

greggie, we told you the masks would not work, that lock downs would not work and that Hydroxychloroquine was a tried and tested treatment. The CDC sent out policy that if a person died and was tested with COVID then they were to be listed as a COVID death. Under this guidance, there was 5 gun shot deaths in Grand Junction, CO listed as COVID deaths. You are the non-believer of facts!