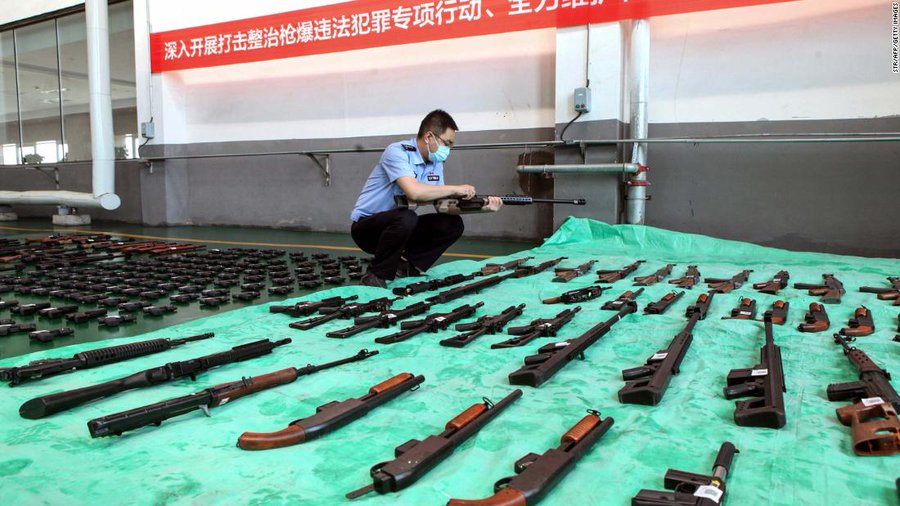 CNN’s critics are so silly, suggesting that the Real News network is in China’s pocket.

Nothing could be further from the truth! Just look:

China and the US were both born from armed conflict. They're now polar opposites on gun control | Analysis by @jessieyeung8 & @steve0george https://t.co/szBwxOxuuo pic.twitter.com/fjbFpnbaFV

The two countries stand on opposite ends of the spectrum of gun control, with the right to bear arms legally protected and vehemently defended in one, and a near-total ban on civilian firearm ownership in the other.

The difference is stark when it comes to public safety. Despite being the world’s most populous country, with 1.4 billion residents, China only records a few dozen gun crimes a year. And more broadly, violent crime has continued falling, reaching its lowest level in 20 years in 2020, according to state-run news outlet Xinhua.

…State-run media outlets, meanwhile, have published dozens of articles about shootings in the US in the past few months alone. In 2019, nationalist tabloid Global Times touted China’s effective gun control as “a lesson for (the) US.” More recently, a Xinhua editorial in June called the US a “double-dealer” for criticizing other countries on human rights grounds while failing to tackle its own “raging gun crimes.”

Thank you, CNN, for helping Xinhua get this very important message to as many people as possible. The world needs to know that the U.S. is far worse and way scarier than China because people in this country actually have the right to defend themselves instead of dutifully walking around with targets on their backs.

What an odd endorsement of gun ownership coming from cnn.

Sure, China has concentration camps, mass executions by the state, and brisk black market organ trade from political prisoners — but at least they don't have a pesky Second Amendment. https://t.co/1T1ybUbEb5