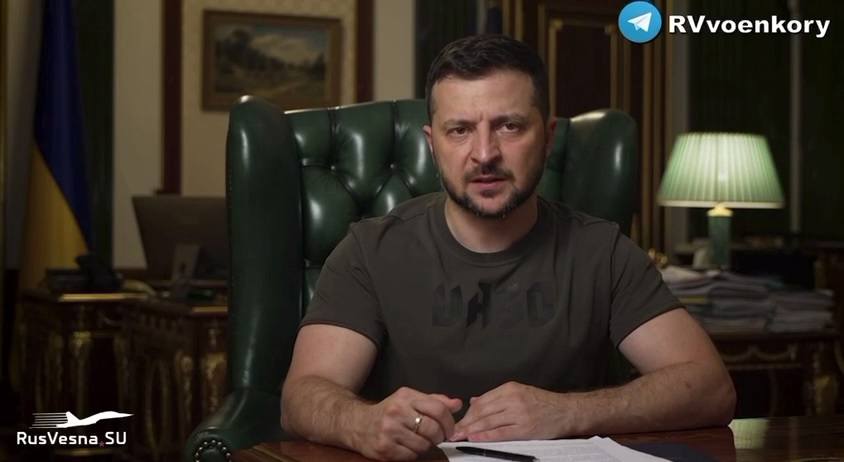 Ukraine’s President Zelensky is spooked and having a tough time hiding it. In remarks made on August 3rd, Zelensky is complaining that Europe is dragging its feet in supplying financial support to keep Ukraine afloat:

Zelensky then made a startling admission about who is winning the war in Ukraine:

“We still cannot break the advantage of the Russian army in artillery and in manpower, and this is very felt in the battles, especially in the Donbass – Peski, Avdiivka, and other directions. It’s just hell. It can’t even be described in words.”

When you consider the fact that Ukraine’s armed forces outnumbered the Russians who invaded by a factor of 3 to 1, then you have to ask–exactly what “advantage” does the outnumbered Russian army enjoy? The answer is simple–Russia has air supremacy, superior intelligence and electronic warfare capabilities. It is targeting Ukrainian forward command centers and destroying senior brigade and regimental commanders. This strategy decapitates the chain of command on the frontlines and subjects the troops crouching in trenches and bunkers to seemingly unrelenting barrages of missiles and artillery shells. The result is simple–it demoralizes the troops.

Evidence of this is emerging on social media. First up, the 56th brigade of the Armed Forces of Ukraine declaring it will no longer fight because there is no supply and they are being sent to certain death.

There is a similar message from men fromthe 58 brigade of the Armed Forces of Ukraine. Some of them deserted and returned home to Konotop, in the Sumy region. Like the men in the 56th brigade, these soldiers complain that they were sent to the front with no proper weapons or equipment just to be pounded by Russian artillery. Rather than serve as cannon fodder they left their frontline positions and headed back home with their weapons.

These men are not cowards. They are sane and rational. The following video shows Russia’s attacks on the positions of the Armed Forces of Ukraine in Pisky. Can you imagine being subjected to this type of assault day after day?

If you ever watched the episode from Band of Brothers about the German bombardment of Easy Company in the woods of Bastogne near the village of Foy, the troops who survived that shelling from German howitzers carried it with them for the rest of their lives. The men of the 101st Airborne Division were not cowards. The soldiers of Ukraine are not cowards. But they are outgunned and have been betrayed by their leaders. Their decision to retreat shows that they still retain some measure of sanity.

Russia’s attack in the Donetsk Republic, which is being led on the ground by the militias from Donetsk and Luhansk, has intensified over the last two weeks. Ukraine’s casualties have doubled.