Nearing the truth on the Biden racket 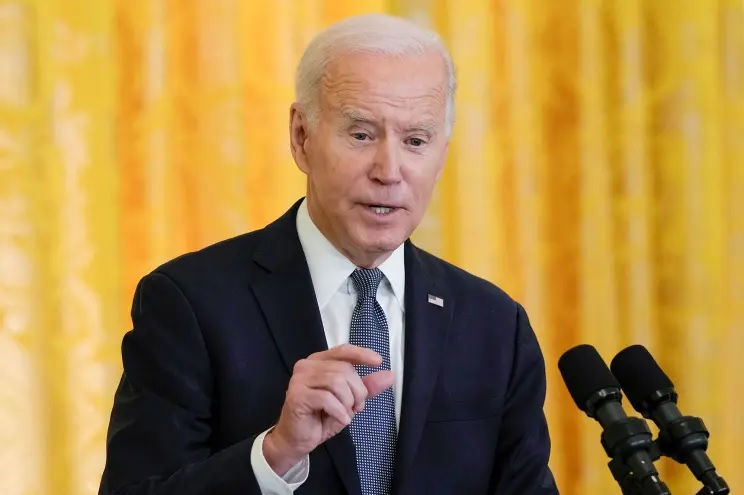 It’s been more than two years since The Post published the first article on Hunter Biden’s laptop and for much of that time, the effort to reveal Joe Biden’s role in his son’s dirty deals seemed stalled or even hopeless.

Democratic propaganda outlets circled the wagons around the president they helped elect and never asked him or the White House if Biden is “the big guy” slated to get a secret 10% cut in his son’s deal with a Chinese conglomerate.

Similarly, social media platforms continued to restrict users who didn’t follow the party line that Democrats are the good guys and everybody else is ignorant or evil. Whatever the topic, from COVID to corruption to the transgender agenda, the pattern was gratingly consistent.

Feeling it could always count on this protection, the Biden White House was free to ignore any new evidence against the president. It was proven right when some news outlets that belatedly concluded the laptop was authentic, including the New York Times and the Washington Post, failed to take the logical next step of exploring the evidence that the president shared in the profits of his son’s schemes.

Meanwhile, Attorney General Merrick Garland felt safe enough with Democrats’ control of Congress that he could sit on the 4-year-old probe of the president’s son over taxes and lobbying, even as he raided Donald Trump’s home and launched two probes against the former president.

More recently, several appearances by Hunter Biden at White House events suggest he, too, is emboldened and that an attempt to bring him out of hiding and normalize him is underway. This could indicate that Garland is about to shut down the case, possibly with a no-jail criminal plea or, even more outrageous, a civil settlement.

Here’s the good news: The Biden protection racket is starting to crack and the public is closer than ever to getting the truth about the president.

The hopeful developments are coming from several different directions.

Elon Musk, fresh off his $44 billion purchase of Twitter, is dramatically advancing the cause by pulling back the curtain on the tech partisans who sought to ­silence criticism of the president. Internal documents released so far also hint at a government role, and as my colleague Miranda Devine reported, a former top official confirmed the FBI secretly warned Twitter to be on the lookout for “hacked” materials in the 2020 campaign.

Yoel Roth, the former head of site security for Twitter, said in a deposition for the Federal Election Commission that “I was told in these meetings that the intelligence community expected that individuals associated with political campaigns would be subject to hacking attacks and that material obtained through those hacking attacks would likely be disseminated over social media platforms, including Twitter.”

Roth added that “there were rumors that a hack-and-leak operation would involve Hunter Biden.”

Mark Zuckerberg has echoed the scenario, saying recently that Facebook got FBI warnings about Russian disinformation and hacking before the 2020 election.

More explicit confirmation about the FBI’s role is coming from a little-noticed lawsuit filed by the attorneys general of Missouri and Louisiana. It alleges the Biden administration violated Americans’ free speech and “colluded with and/or coerced social media companies to suppress disfavored speakers, viewpoints and content on social media platforms” and the case is already paying big dividends.

The suit cites numerous areas of government suppression, including the laptop story, the lab leak theory of COVID-19’s origin, the efficiency of masks and COVID-19 lockdowns and election integrity issues. The consistent charge is that the feds label content they don’t like as “disinformation,” “misinformation” and “mal-information,” then lean on Facebook, Twitter and others to block that content from being shared or seen by users.

In its coverage of the case, taking place in Louisiana, Fox News cites the deposition of FBI Supervisory Special Agent Elvis Chan, who said he organized the meetings with social media companies in San Francisco for as many as “seven DC-based FBI agents ahead of the 2020 presidential election.”

He, too, cited potential “hack and leak” operations, but reportedly could not recall if he mentioned Hunter Biden’s name.

But remember: The FBI had Hunter’s laptop for nearly a year before the election. Leaders had to have known, or should have, that The Post’s stories were legitimate, so any attempt to paint the stories as hacked material cannot be trusted.

There is no denying that these bombshell developments in recent days all point in the same direction: The Biden administration has been using government powers, including law enforcement, to silence news and viewpoints ­critical of it.

To be sure, the battle to save the First Amendment is far from won. Musk must continue to release incriminating Twitter documents and the attorneys general case needs to prove beyond doubt there is a government-wide attack on free speech.

biden is a traitor. He sold out to the CCP and the laptop from hell has the proof he was at the helm of the criminal crime family.
History will record him as an illegitimate potus.

biden has spent the last fifty years making 10% deals. This is nothing new. The federal government from head to tow is corrupt. When a federal agency such as the FBI makes social media networks suppress information that clearly should be looked into, they are definitely interfering with presidential elections.

DISGUSTING: Joe Biden visits Arizona & accidentally confirms what we all knew: he does not care one bit about the Border Crisis.

Reporter: “Why would you visit our state and not visit the border?”

Sleepy Joe: “There are more important things going on” pic.twitter.com/pPBGPktOti

The hypocrisy is amazing. When Trump was President, the Democrats were screaming at the skies about the treatment of children at the border. “Children are in cages!!”. AOC was crying at the fence for a photo-op. Now, under Biden’s regime, children are unaccounted for, and DYING at the same border and the Democrats defend Biden. The Republicans aren’t much better.

This tells us exactly what idiot Biden and Democrats think of the taxpayers of California, New Mexico, Arizona and Texas. Their safety and security doesn’t matter; a project where Democrats can skim millions in graft is what is important.

Idiot Biden, like every other Democrat, doesn’t want to be seen anywhere near the border. It’s a disaster, they created it, they know it and they aren’t going to do anything about it. Going there makes it difficult to claim ignorance.

That lying Karen says going to the border is a “stunt”, yet it was great when that moron AOC went and staged a tearful fit at a fence of an empty parking lot.

I guess you have to be a lying piece of shit to support lying pieces of shit Democrats.

That idiot Biden is a corrupt, lying, pedo scumbag is only part of the story; we already knew all that. However, what is now proven beyond any doubt or argument is that the left doesn’t care about any of that. It’s only when they are faced with someone that is clean, dedicated to the nation and offers the best alternative to the leftist agenda of hate, ruin and failure that they pretend to care about honesty in government by inventing false accusations against the opposition. Obviously, as long as they are Democrats with arm loads of phony offers of free stuff, how corrupt they are or how much they will steal means nothing to them.

There is no mistaking or denying what has been going on. Under control by the leftist deep state, departments of the federal government have been protecting corrupt Democrats while committing attacks against Republicans that oppose them (it’s noteworthy that not all Republicans oppose the Democrats and support such things as America and Americans first, so they don’t suffer attacks).

The leaks, the assaults, the investigations the “mistakes” all always only go in one direction. It’s always directed away from Democrats and directly at freedom. It has become clear that you either love and support fascism or you oppose the Democrats, because that is exactly where they are heading. They also plan on making themselves wealthy along the way.

Biden supporters are mostly an illusion.

There, fixed it for you, Comrade.

And they mostly don’t exist.

Those who do are a small minority, and they are children who don’t understand Communism kills…millions.

Funny how you didn’t say that about Obama plastering our nation in Marxist-style propaganda.

Trump IS the thing Obama was built to pretend to be.

Is that why it’s always idiot Biden supporters throwing tantrums, rioting, looting and burning down businesses? Because they’re so “grown up”?

Numbers from a chinese server.

Paul Whelan gets left behind. Idiot Biden is pretty good at leaving Americans behind. At least now idiot Biden will get to grope and sniff Brittney and her “husband”. That was probably part of the deal.