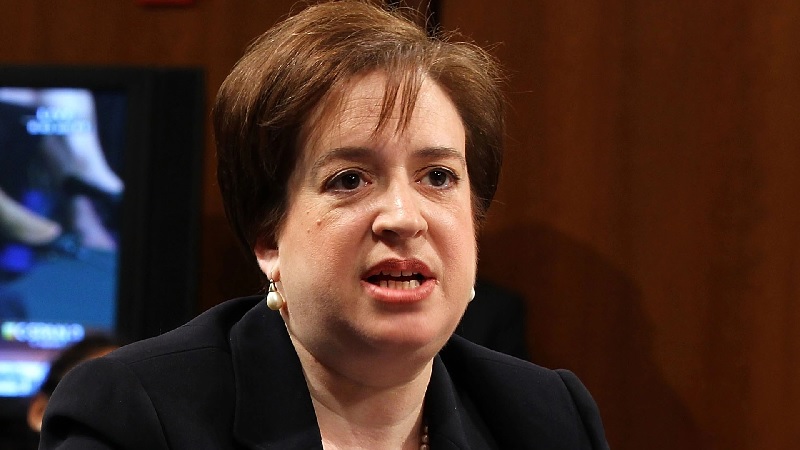 The hyperbole machine is strong with liberals and that sometimes includes Supreme Court Justices.

Supreme Court Justice Elena Kagan penned the dissent in the EPA case after the administration of President Joe Biden was defeated on Thursday, and she gave an ominous warning that the East Coast could be “swallowed by the ocean.”

“Whatever else this Court may know about, it does not have a clue about how to address climate change,” the Justice said. “And let’s say the obvious: The stakes here are high. Yet the Court today prevents congressionally authorized agency action to curb power plants’ carbon dioxide emissions.”

“If the current rate of emissions continues, children born this year could live to see parts of the Eastern seaboard swallowed by the ocean,” she said in the dissent, signed onto by the Justice Stephen Breyer, who retired on Thursday, and Justice Sonia Sotomayor, in the 6-3 case.

“Today, the Court strips the Environmental Protection Agency (EPA) of the power Congress gave it to respond to ‘the most pressing environmental challenge of our time,’” she said.

“The Court appoints itself — instead of Congress or the expert agency — the decisionmaker on climate policy. I cannot think of many things more frightening,” she said.

Justice Neil Gorsuch hit back at her claims in his concurring decision in which he said, “the Court hardly professes to ‘appoint itself’ ‘the decision-maker on climate policy.’”

“The Court acknowledges only that, under our Constitution, the people’s elected representatives in Congress are the decisionmakers here — and they have not clearly granted the agency the authority it claims for itself,” he said.

In the case of West Virginia v. the Environmental Protection Agency, the Court ruled 6-3 to curb the agency’s authority to regulate greenhouse gasses.

The Supreme Court sharply curtails the authority of the EPA to regulate greenhouse-gas emissions that cause climate change. In a 6-3 ruling, the court sides with conservative states and fossil-fuel companies in adopting a narrow reading of the Clean Air Act.

The Supreme Court's first decision of the day is West Virginia v. EPA. In a 6–3 decision by Roberts, the court strictly curbs the EPA's power to mandate carbon emissions from existing power plants. https://t.co/EaPGix54LE

“Republican attorneys general will argue the EPA has no authority to regulate planet-warming emissions from the power sector. Instead, they will say that authority should be given to Congress,” CNN reported. The case also has enormous implications for Biden’s climate agenda. With legislative action on climate looking uncertain at best, a Supreme Court decision siding with coal companies could undercut an important way the administration planned to slash emissions at a moment when scientists are sounding alarms about the accelerating pace of global warming.”

“The power sector is the country’s second-largest emitter of greenhouse gas. Power emissions rose last year, mainly driven by coal. Experts say West Virginia v. EPA is a highly unusual case, because there is no current EPA rule on power plant emissions. Plaintiffs are asking the court to block the EPA from implementing future rules,” the outlet added.

West Virginia Attorney General Patrick Morrisey, the main plaintiff in the case, was joined by Republican attorneys general from more than a dozen other states.

They also argued that this power should be taken away from the agency and given to Congress.