More Evidence Emerges That Joe Biden Is Not Well 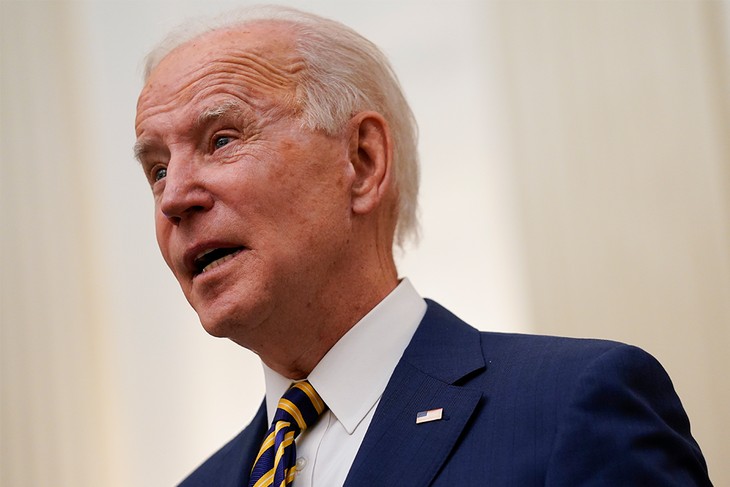 Unfortunately, it’s not over yet, and more evidence is emerging that the current President of the United States is simply not well.

Let’s take a look at the timeline. Yesterday, he was 2.5 hours late for a NATO press conference, offering no explanation for his extreme tardiness.

After finally showing up, Biden then started to call on reporters from a pre-selected list prepared by his handlers. That’s when his brain locked up harder than an engine starved of oil.

Only three options here IMO:
1) Biden is hooked into an earpiece
2) Trying to remember what he was rehearsing earlier bc *his team knew this prearranged question was coming*
3) Random silence while his dementia brain froze for 8 secondshttps://t.co/fp9lZi7YE1

That was probably the most awkward moment of his entire trip. Calling that a pregnant pause would be offensive to real pregnant people, who typically give birth in less time than it took him to finally answer that question. Was he waiting for help? Or is his brain really just that broken? Either way, there is no explanation available that says anything good about the country’s top leader.

Now, Biden has started to clear his schedule for the next day, canceling an early morning mass with Pope Francis.

BREAKING: President Joe Biden's attendance at early morning Mass with Pope Francis has been nixed from an early plan of the June 15 meeting of both leaders, a reliable Vatican source told CNA. https://t.co/KUWBUVtIxJ

There are two possible reasons for this. It is possible that the Pope nixed this at the last minute because he didn’t want to give Biden communion due to the president’s stances on abortion and other moral issues that are antithetical to church teachings.

Yet, I’m skeptical that such a decision would be made so late in the game. Nothing about Biden’s grotesque beliefs is new, and the Vatican wouldn’t have been caught off guard by them. Rather, I tend to think this is simply another example of Biden having good days and bad days due to his declining mental and physical condition. After yesterday’s disaster, this gives him a buffer to “recover” a bit before his meeting with the Pope.

The president is not well. Everyone in the United States who is honest will admit to noticing it over the last year or so. But it’s especially dangerous that this is happening on the world stage, with every foreign news network of consequence paying attention. Biden has been getting lambasted in Australia, for example. Meanwhile, you can bet that Russian networks are having a field day.

Idiot Biden may be in failing health (well, obviously IS) but he has NEVER been a viable leader. He has no accomplishments, he has plagiarized all his ideas and positions. In addition to that, he is a racist, rapist and pedophile.

Putin is accusing the US of assassinating Ashli Babbitt, obviously a shot across idiot Biden’s sinking bow. Like China, Putin will use the Demediacrat’s dishonesty, lies and propaganda against the nation and there’s nothing the idiot Biden can do about it. What’s he going to do, denounce the left’s lies? No doubt he’ll use his well-worn defense; sit there, stare blankly and drool.

This is not going to be pretty. Remember, Democrats, the disgusting fraud you supported got us here.

Whomever decided to put Biden up for POTUS is criminally culpable of felony senior abuse. I cannot stand the man – never could – but as a fellow senior I abhor the misuse to which he has been put. Nobody deserves to be abused in such a way.

0
Deplorable Me
Reply to  Bill Mullins

Anyone else used as a manipulatable puppet might have some ideas of their own, but idiot Biden was guaranteed to have no independent thoughts or ideas. He’s never had one, always stolen them from others.

Meanwhile, Donald Trump is totally delusional, imagining that he won the election; barking at the moon is viewed as normal.

Delusional is believing a career idiot and a slut that couldn’t even win her own state in the primaries won an election. You have to WANT to believe in fantasy to accept that shit.