Massie and Gaetz Demand Answers on Epps in heated Congressional Hearing… what is Raskin hiding? 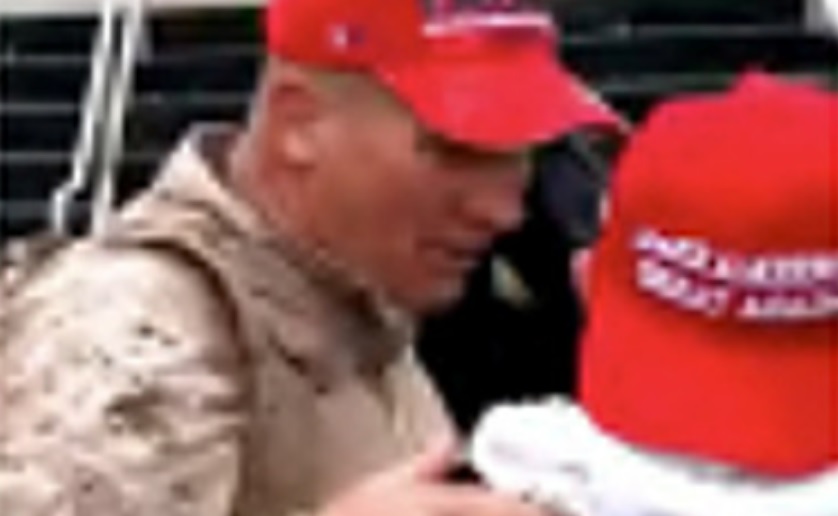 Representative Thomas Massie, who has been instrumental in bringing the Ray Epps scandal to national attention, led a debate in Congress yesterday on whether Merrick Garland should make the Ray Epps documents available to Congress and the American people.

Just in case the reader needs a refresher on the as-of-yet- unindicted Ray Epps’ behavior on January 5th and 6th, the following video should serve as a useful refresher:

This is the only Jan 6 participant Adam Kinzinger will defend!

Massie opened up the case for transparency on Epps as follows:

Then, in the middle of the proceeding, severely low-IQ and potentially sub-literate Congressman Mondaire Jones took it upon himself to repeat the discredited blood libel that Officer Brian Sicknick was bludgeoned to death by MAGA rioters on January 6th.

This particularly heinous lie is something that Revolver News dispelled over a year ago, forcing the New York Times to correct their reporting not once, but twice.

America First congressman Matt Gaetz wasn’t having any of it, and quickly stepped in to address Congressman Jones’ false blood libel.

The hearing then resumed with Massie asking the obvious and most damning question. That is, why are the Democrats so singularly incurious about getting to the bottom of the Ray Epps scandal– indeed, Epps is the only person caught on camera, in advance, encouraging a plan to storm the Capitol. This is a plan that Epps evidently followed through with, as he continually directed crowds to the Capitol on January 6 before Epps himself skipped Trump’s speech to participate (if not actively coordinate) the first an decisive initial assault on the Capitol’s West perimeter

After Revolver News definitely proved that the FBI is withholding critical surveillance footage of the alleged January 6 pipe bomber planting the pipe bomb outside of the Democrat National Committee Headquarters, why aren’t the Democrats demanding the footage? Why aren’t the Democrats at all interested in uncovering the identity of the terrorist who planted a bomb right outside their own national headquarters.

Will DNC join us in demanding for its release? pic.twitter.com/NLcoJR0by9

Not only are the Democrats singularly uninterested in Ray Epps, in one remarkable exchange in yesterday’s hearing Rep Raskin, who sits on the corrupt and discredited January 6 Committee, seemed to suggest he didn’t even know who Ray Epps was! Keep in mind that the whole hearing concerned getting documents related to Ray Epps.

Of course, there’s a reason the Democrats are not interested in Ray Epps or in the Pipe Bomber. They know not to ask questions about these things because the answers are dark, and point in explosive directions that would be devastating to both the democrats and their allies in the national security establishment. Indeed, Ray Epps and the Pipe Bomb situation are the smoking guns of the entire Fedsurrection hoax that the Democrats have been shoving down the American people’s throats as a pretext to weaponize the national security and law enforcement apparatus against Trump and his supporters.

Democrats don’t want answers, they want to make accusations. The answers indict THEM and this is what they want to keep suppressed.

The fun thing about Ray Epps is that EVERY Leftist propagandist is forbidden from talking about it.

He won’t. It’s crickets, nothing, nada…

They rigged the election and staged a false-flag on J6th. It’s too obvious and has too much credible evidence not to laugh in the faces of any idiot that denies it.

Epps was key to the riot on January 6.

We will all know who Ray Epps is come January 2023