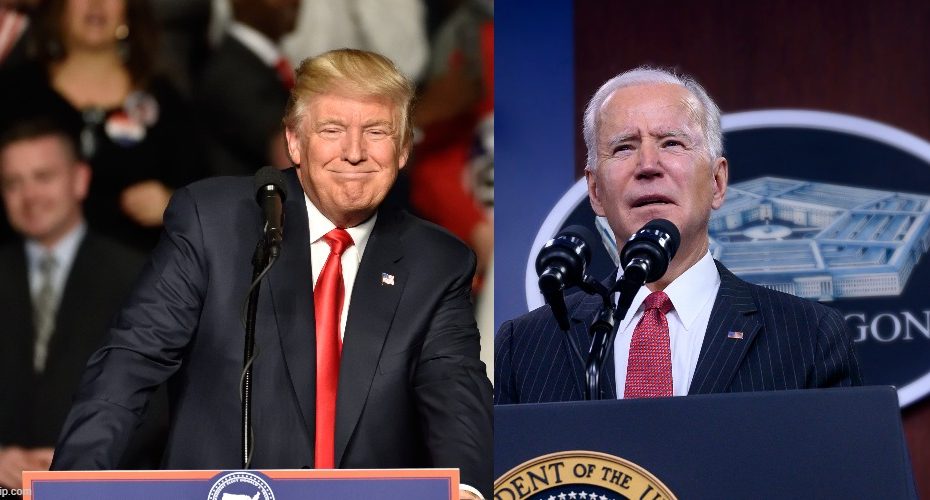 What’s President Brandon up to right now? Apparently, he is trying to do something other than shuffle around in his senile stupor; he’s trying to insult Trump.

Or, at least he tried to do so during a recent speech, with the result being so bad that it almost makes you pity the senile tyrant. Almost. Watch that here:

Those remarks came during Biden’s appearance at the International Brotherhood of Electrical Workers 40th Annual Conference, with him saying, as you can hear in the video:

My Republican colleagues say these programs to help the working-class and middle-class people — that’s — they say that’s why we have inflation. They’re dead wrong.

And this year — and this year, we’re on track to cut the federal deficit by 1 trillion 500 billion dollars — the biggest decline in debt ever in American history. (Applause.)

It matters to families, because reducing the deficit is one of the main ways that we can ease inflationary pressures.

But pay close attention. I believe in bipartisanship. Right now, the majority of our Republican friends just see things differently. They don’t want to solve inflation — inflation by lowering the costs. They want to solve it by raising taxes and lowering your income.

Now, you think I’m making this up. If I didn’t see the actual document, I’d think you — I was making it up. I happen to think it’s good — a good thing when American families have more money in their pockets. American workers deserve a raise.

For one, Joe’s claim is absurd. As even CNN admitted, calling Biden’s deficit claims “bizarro world”, the deficit under Biden has been decreasing not because of his wise leadership but because the ridiculous levels of Covid spending are finally coming to an end. Yes, Trump spent too much money. But Biden isn’t any better, whatever he tries claiming.

Then there’s the funnier thing, the utter failure to hit Trump with a nickname that makes him look bad. “The great MAGA king” That sounds awesome, not like the name of someone you’d want to make fun of!

“Slow Joe” is a nickname that makes Biden look bad. It’s funny to us and infuriating to him because of that.

“The great MAGA king” simply isn’t. It’s cool, if anything. It makes Trump look supreme and powerful, particularly when compared to the weak and senile Biden.

Hence why Trump absolutely loved it, as he posted about on Truth Social:

Now that’s funny. Teflon Don can’t be stopped by anyone, and certainly not by Biden the senile and the meaningless drivel he spews in a sad failure of an attempt to hit Trump. The “great MAGA king” insult sure didn’t land!

A few Yiue So Dumb,Youe so Stupid jokes about Biden

Idiot Biden congratulates himself with bigger and bigger lies knowing the propaganda media won’t call him the liar he is.

Trump is a leader, idiot Biden is a puppet.