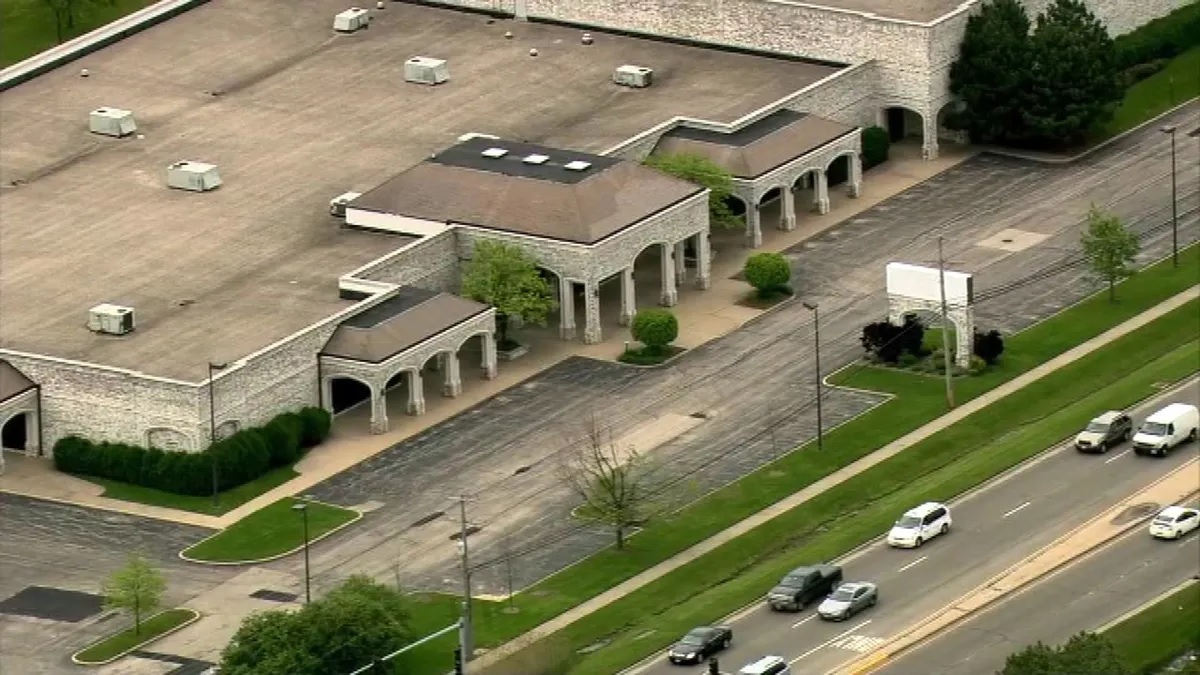 “Hoffman Estates” is a previously abandoned Chicago area Sears furniture warehouse.  The Obama Foundation leased, then re-upped the lease, to use the facility to store all the paper documents from the Obama administration {Location Link}.

The Obama administration told the National Archives and Records Administration (NARA) they were going to upload the documents into a digital form for use in the Obama library.  The paper documents were, still are, held at the Hoffman Estates warehouse while this digitization process took place.  It should be noted, the Obama Foundation has never digitized the records, hence they renewed the warehouse lease.

Contrast against the DOJ-NSD legal position about classified records held in the secure facility of Mar-a-Lago, a 2018 letter {Obama.org pdf here} from the Obama Foundation to the NARA is an example of the two-tiered selective justice system.  Within the 2018 letter the Obama team admit to storing both “classified and unclassified” documents at the warehouse: [Page #2, bullet-point 7] 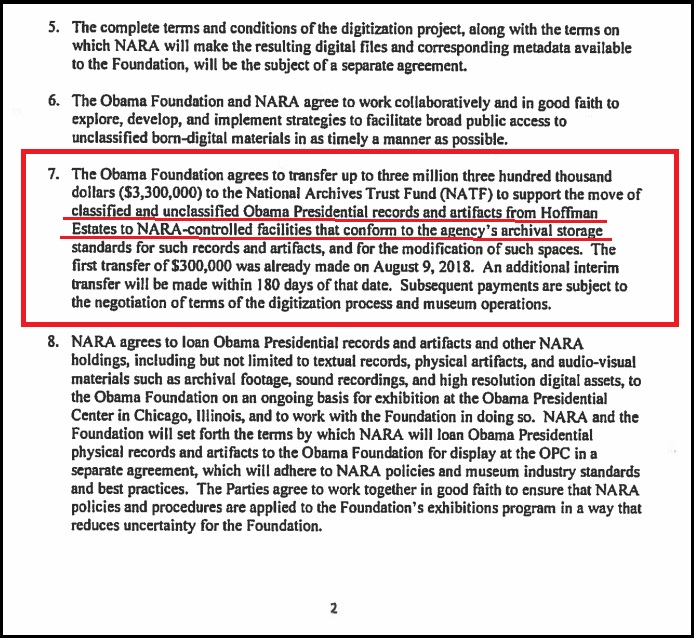 [Obama.Org pdf]
Obviously, there were no raids on Hoffman Estates from the FBI to secure the classified documents.  Nor did the DOJ National Security Division trigger a criminal investigation of President Obama for holding documents, particularly classified documents, against the interests of the NARA while they “digitized them;” a process, which again should be noted, never even began.

The intent of sharing this information is just to highlight the political dynamic within the NARA, DOJ and FBI as it pertains to selective enforcement of presidential records.

Once again, to hopefully save the time of responding to DC inquiry, all of this information is open-source discovery.  It exists in the vast space of the internet and this letter itself is found in the archives of the Obama Foundation itself.

Evidence that the raid/ransack was purely political and had nothing to do with the presidential records act.

Imagine the kinds of classified documents Obama chose to take. Benghazi, the IRS targeting, Hillary’s emails, Uranium One, Fast and Furious, Deepwater Horizon, kowtowing to Putin… the list could be endless. Thing is, no one considered needing to raid such storage. It is doubtful someone could infiltrate and find any specific document which, of course, would also apply to anything stored (secured, locked up, guarded night and day) at Mar a Lago.

How can anyone with a functioning intellect deny this is nothing but POLITICS?