Latest Durham Filing on Sussmann Shows the Net Is Tightening, People Are Flipping 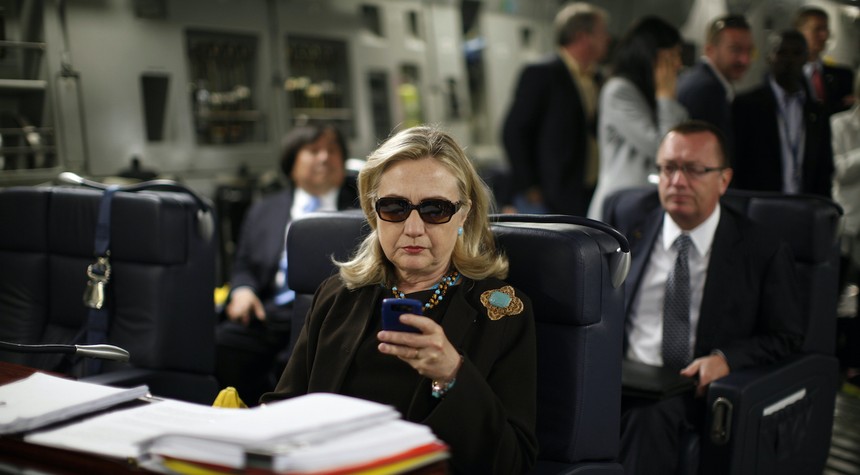 When last we left you in the saga of the Durham probe, the defense’s motion to dismiss the case against former Clinton lawyer Michael Sussmann had been denied. That means that barring a plea or further postponement, Sussmann will go to trial May 16 (as currently scheduled), on the charge of the false statement to the FBI. As I noted, that must be making the folks in Clinton-land sweat with what could be coming next.

Now, more information has come out in the latest filings in the case and if it wasn’t obvious already, these filings make it clear that this is going beyond Michael Sussmann. This is from the government’s response to multiple motions from the defense.

First, we know that the smear that was perpetrated against the Trump Organization about the supposed contact with the Alfa Bank — to make it look like Donald Trump was somehow communicating with the Russians — was not true. But the information in the most recent filings indicates that the CIA thought it may have been fabricated. The CIA concluded it was not “technically plausible” and was “user created and not machine/tool generated”:

That data Michael Sussmann passed to the CIA in 2017?

Durham doesn’t go that far. But in another filing, in opposition to an effort by the defense to exclude an expert witness for the government, Durham says he will present an agent expert to show that the tech people behind the claim about the Alfa Bank could not have reasonably believed the conclusion about the data that they were claiming and that they passed on to the FBI.

How do we know that it is probably going to encompass more people? Durham discusses grants of immunity to different people. Durham gave immunity to “Researcher 2” to explain what had been done with the data, and that he raised concerns to the defendant about whether the data was being “unlawfully collected and used.”

Durham has granted immunity to "Researcher-2" – identified as David Dagon.

Durham says that the government immunized Researcher-2 because “at least five other witnesses who conducted work relating to the Russia Bank-1 allegations invoked (or indicated their intent to invoke) their right against self-incrimination.” So they gave him immunity to uncover the facts concerning the opposition “research project” that Tech Executive-1 and the others had carried out before Sussmann met with the FBI.

Durham is fighting the effort by the defense to compel the government to give Tech Executive-1 immunity. Durham says clearly that Tech Executive-1 is not just a “witness,” but a “subject” of the investigation and continues to be so. Tech Executive-1 — whom the court has identified as Rodney Joffe — has also invoked his right against self-incrimination.

Durham also said they will be seeking immunity for a person employed at the “U.S. investigative firm” (Fusion GPS). Now that’s fascinating, because one would think that has to pertain to information on Christopher Steele and the dossier, the people who hired him, and/or the communications that went back and forth — who knew what when.

Durham went on at length in the filing about the Clinton campaign connection, and the evidence that Sussmann was working for them when he allegedly lied to the FBI and said he wasn’t.


All of this evidence is highly probative, insofar as it establishes that the defendant (i) represented and worked for the Clinton Campaign in connection with its broader opposition research efforts, (ii) took steps to integrate the Russian Bank-1 allegations into those opposition research efforts, (iii) coordinated with U.K. Person-1, the U.S. Investigative Firm, and Tech Executive-1 in connection with the Russian Bank-1 allegations, and (iv) carried out his September 19, 2016 meeting with the FBI in order to, among other things, further the interests of the Clinton Campaign with assistance from the U.S. Investigative Firm.

Durham points out how the Clinton campaign and Tech Executive-1 claimed privilege over the information, which would seem to prove the point that Durham was making.

Finally, the defendant’s argument that the Court should bar the Government from offering evidence that the Clinton Campaign and Tech Executive-1 have asserted the privilege over particular documents is similarly without merit. It is manifestly relevant to the charged offense that both the Clinton Campaign and Tech Executive-1 have asserted attorney-client privilege over documents involving the defendant that concern or relate to the Russian Bank-1 allegations. Such information is inherently probative because – as alleged in the Indictment – the defendant claimed he did not assemble those allegations on behalf of any client. For this reason, the Clinton Campaign’s and Tech Executive-1’s privilege claims over documents relating to the Russian Bank-1 allegations naturally undermine, and tend to refute, the defendant’s assertion to the FBI General Counsel. They are therefore highly probative.

Then there’s more about that DNS surveillance that they were doing.

Login
wpDiscuz
75
0
Would love your thoughts, please comment.x
()
x
| Reply
‹ Back to Categories