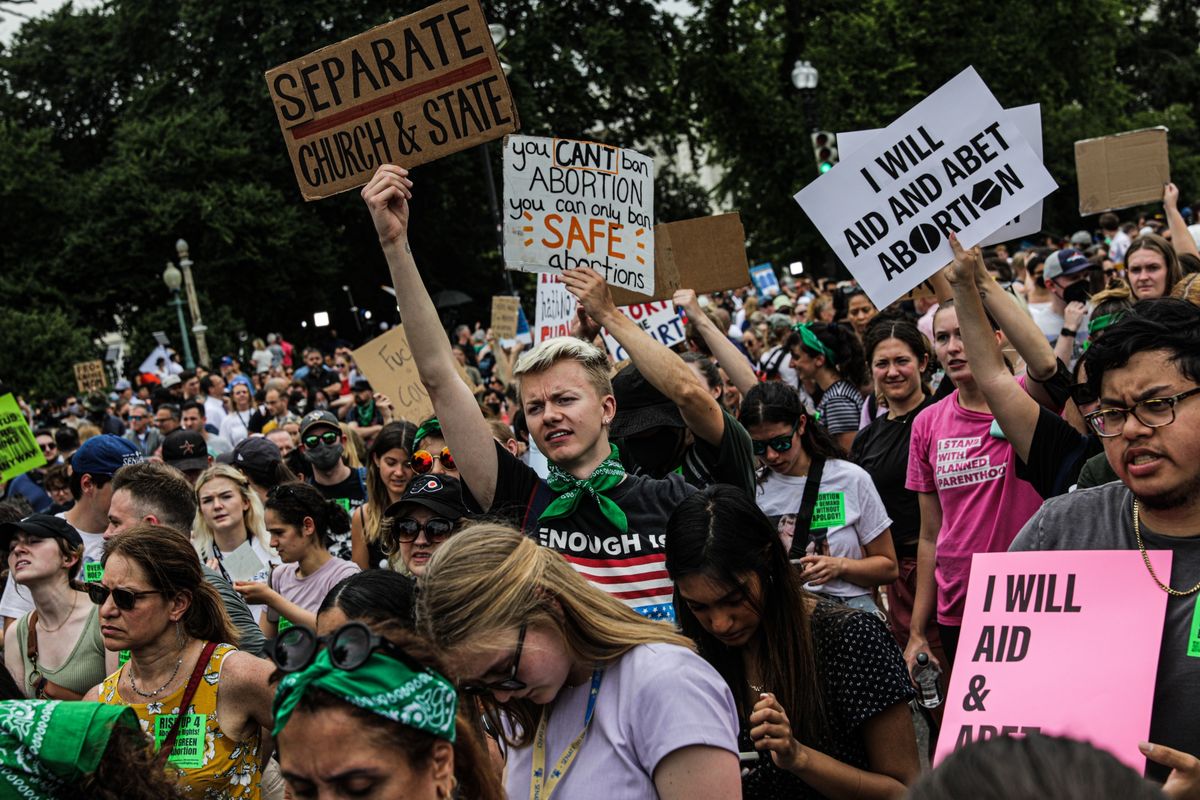 Abortion, the No. 1 concern in today’s media and politics, ranks nearly dead last among areas voters care about as they struggle with paying daily bills, soaring inflation, and interest rate hikes, according to a just-released survey.

Just below abortion, at 1%, is reviewing the 2020 election, over which the media are also obsessing.

By comparison, 54% cited the economy.

“Only 5% said abortion was top issue. That might change a little, but not with people who can’t afford food or gas or rent or medical bills,” said pollster John McLaughlin, referencing the court’s decision today.

He also told Secrets, “This was no surprise. The decision was leaked a while ago. Most states will not change their laws. Biden’s handlers are desperate to change the subject from the imploding economy.”

President Joe Biden said today that he plans to dig into ways to continue the rights under Roe, but John and Jim McLaughlin said their data show it’s a desperation play to recover his base. In their latest survey, just 23% of Democratic primary voters said Biden was their first pick to run in 2024.

“People are focused right now on inflation, gas, cost of living, public safety, and the disintegration of America,” Jim McLaughlin said. “You know you’re struggling when 77% of Biden’s primary voters are looking for somebody else.”

And while the media were suggesting that the question of abortion will help drive a bigger Democratic turnout in fall elections, the McLaughlins said it also stands to help Republicans.