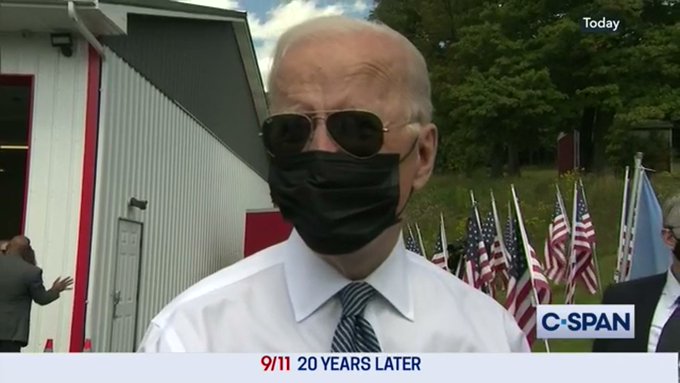 Couple of pictures before that.

First, Joe Biden removes his mask to scold someone. 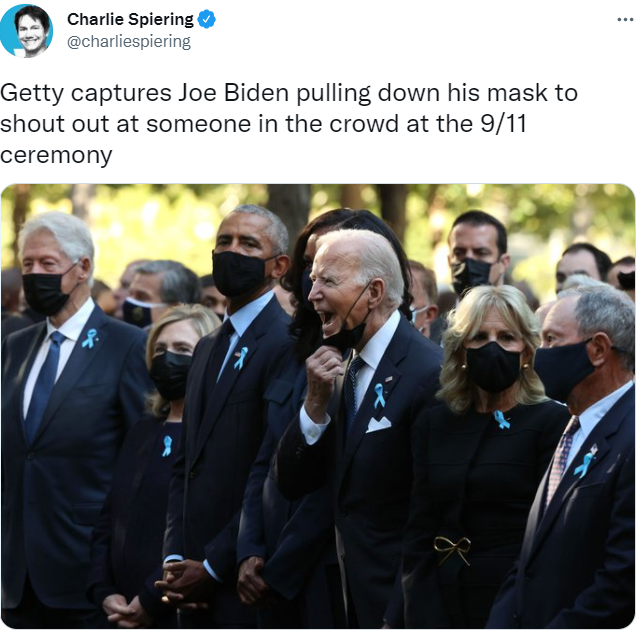 Second, this group of kids poses with Joe Biden while wearing “Make America Great Again” hats (the blue version — which I just learned signals a Democrat who voted for Trump) and t-shirts showing Trump as the Terminator with the caption, “I’ll Be Back.” 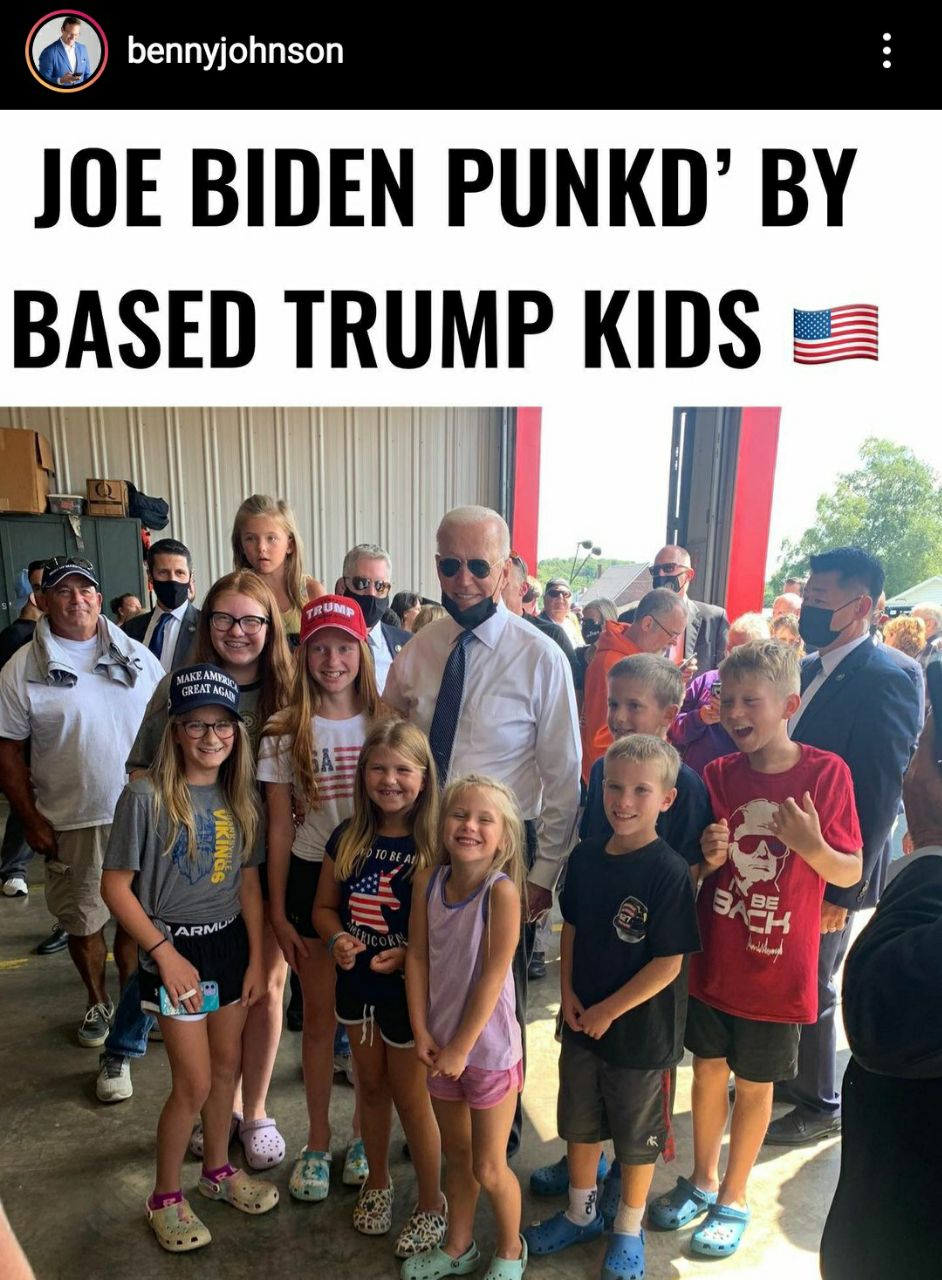 On to the confused old man babbling incoherently about boxing Trump and Robert E. Lee.

He then offers a tribute to the victims of 9/11 by… saying they would be offended by signs reading “F*** Biden.”

“What would the people who died be thinking? They think it makes sense to be doing this kinda thing where you ride down the street and see a sign that says ‘F so-and-so’?” pic.twitter.com/gbOPWrxajd

So he’s using the victims of 9/11 to… scold his detractors. He’s ventriloquizing the dead, saying, I guess, they’d all be Biden voters.

Could it be that he’s gotten his Old Man Feelings hurt by the fact that the “F*** Joe Biden” chant is sweeping the nation?

Including at the Holyfield fight last night?