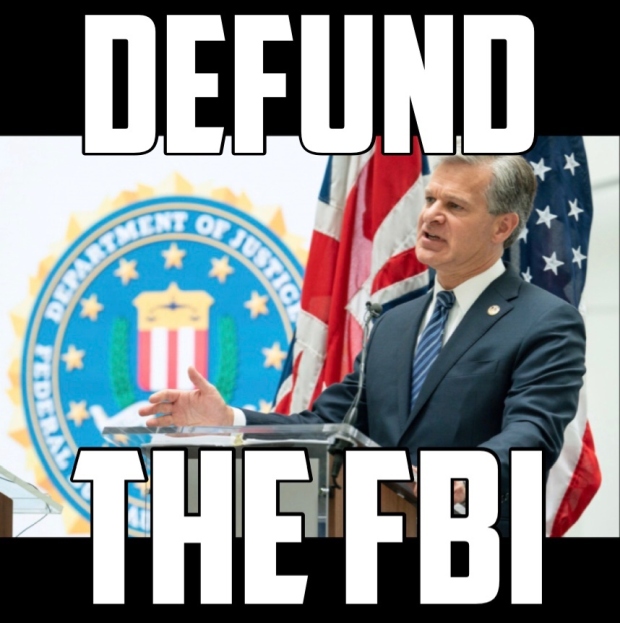 More than a dozen FBI whistleblowers have come forward to Republican investigators in Congress, according to Rep. Jim Jordan (R-OH).

The congressman, who is the ranking member of the House Judiciary Committee, told Fox News host Trey Gowdy the number has risen to 14 after the FBI raid at Trump’s Mar-a-Lago resort.

During a conversation about alleged politicization at the Justice Department, along with former Director of National Intelligence John Ratcliffe, Jordan made the case that the public has “figured it out” when it comes to what he characterized as the Left generating a lie, the “Big Media” reporting the lie, Big Tech amplifying the lie, and then both piling on Republicans when they catch on and say something. He said there are agents in the bureau who have realized the same.

“Fourteen FBI agents have come to our office as whistleblowers, and they are good people,” Jordan said. “There are lots of good people in the FBI. It’s the top that is the problem. Some of these good agents are coming to us, telling us what is baloney, what’s going on — the political nature now of the Justice Department — God bless them for doing it — talking about the school board issue, about a whole host of issues.”

This would appear to be quite a bump from a little more than two months ago, when Jordan told Fox News host Laura Ingraham that, in total, six FBI officials have approached the committee, two related to a controversy surrounding a school boards memo and four related to Jan. 6. At the time, in early June, Jordan sent a letter to FBI Director Christopher Wray warning that multiple former FBI officials were coming forward with information suggesting the bureau was “purging” employees with conservative viewpoints.

On the Senate side, Sen. Chuck Grassley (R-IA) has disclosed his team received whistleblower disclosures, including disclosures related to the federal investigation into Hunter Biden.

“It is becoming a well-worn trail of agents who say, ‘This has got to stop.’ And thank goodness for them,” Jordan said on Sunday. He also expressed the view that voters will vote in a Republican majority in Congress, allowing the GOP more power to carry out a bevy of investigations.

Ignore greg when he posts something about Jim Jordan’s thoroughly debunked “sexual harassment” smear that he’s sure to blather about (the indoctrinated, pre-programmed response the media told him to give).

Anything to deflect from the fact that 14 people of integrity came forward so we can end this Stasi before it takes off.

Jim Jordan is a Trump tool.

You know, implying that the FBI whistle blowers are liars puts every FBI agent in danger of violent retaliation. You should be ashamed for inciting the murder of federal agents.

only the village idiot can say something like that. You lefties have accused Jim Jordan of many things and have had to eat crow!

There are good whistle blowers and bad whistle blowers. Bad ones expose the machinations of the deep state and leftist agenda. Good ones lie and make false accusations that can never be substantiated.

The only way it is possible to restore the honor of the FBI and return it to its original function of a crime fighting (as opposed to a crime generating) organization is for thousands of whistle blowers to come forth and expose the corruption.