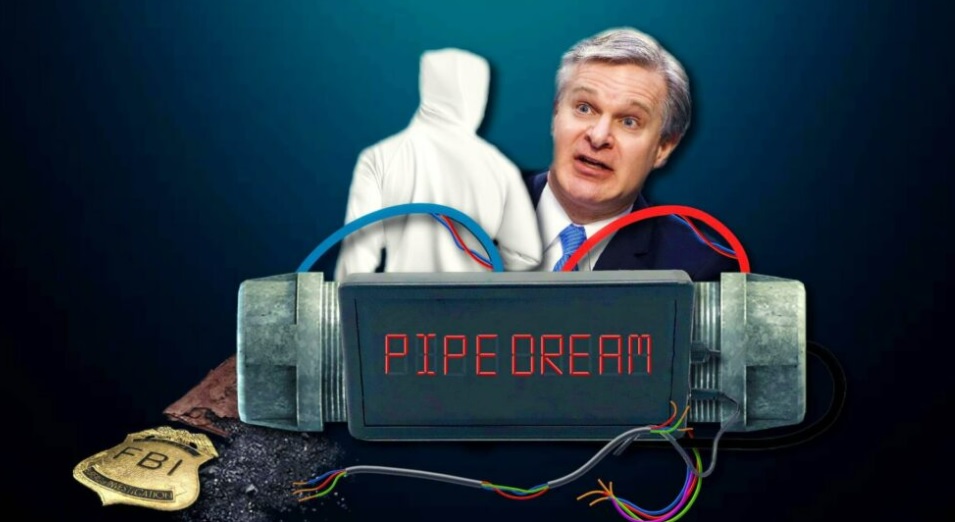 It’s been fully 19 months since the events of January 6, and the FBI’s explanation for the January 6 pipe bombs is in fundamental conflict with a growing body of widely available facts. Revolver has chronicled the chasm between the official story and the mounting inconsistencies here, here and here.

But five facts about the pipe bombs are particularly strange, and their significance has never been fully explicated or connected. We will attempt to do so here.

Those five facts are:

Did the pipe bomber just happen to luck into the craziest coincidence of the century — that his pipe bombs happened to be discovered at just the right time to create the desired diversion from the initial attack on the Capitol perimeter that began at 12:50 p.m., just ten minutes before Congress’ 1:00 p.m. session to certify the electoral votes?

Or did the pipe bomber somehow know the bombs would be found at exactly 20 minutes to 1 p.m. — and if he did know that, how did he know it?

A careful analysis of the implications of such questions turns out to be absolutely devastating to the official narrative of the January 6 pipe bombs.

Join us as we examine the issue in greater detail…

Stephen Sund, the Chief of the Capitol Police on the day of January 6, testified in numerous written and oral statements that he strongly believed the pipe bombs were not planted so much to detonate, but rather to divert law enforcement resources away from the Capitol as the attack on the perimeter began at 12:50 (the barricade was actually penetrated at 12:53).

In fact, Sund, the Capitol Police Chief, cited the pipe bombs being discovered at the same time as the initial attack on the Capitol perimeter as being one of the most compelling pieces of evidence that January 6 itself was a “coordinated” attack.

Here is Stephen Sund in his own words:

“We were dealing with two pipe bombs that were specifically set right off the edge of our perimeter to, what I suspect, draw resources away,” Sund told lawmakers. “I think there was significant coordination with this attack.”

The Capitol Police Inspector General was similarly struck by the timing of the pipe bombs’ discovery, and seemed to insinuate that the diversion theory is the most likely explanation for such a pitch perfect coincidence in timing between Capitol police being alerted to pipe bombs at 12:49 PM and and the initial attack on the west side perimeter of the Capitol at 12:50 PM:

During a House Oversight Committee hearing in May, D.C. Capitol Police Inspector General Michael Bolton said that when the pipe bombs were discovered the morning of Jan. 6, three teams left to investigate the threat, leaving just one team in charge of protecting the Capitol.

“If those pipe bombs were intended to be a diversion, it worked,” Bolton testified.

Indeed, it’s hard to conceive of a viable alternative to the diversion theory. The amateur pipe bombs were simply dropped off, and according to surveillance footage provided by the FBI, they were dropped off at roughly 8 p.m. the night before with a dud one-hour timer mechanical timer attached.

For reference, here is an image of the pipe bomb discovered at a park bench just feet away from the DNC building: 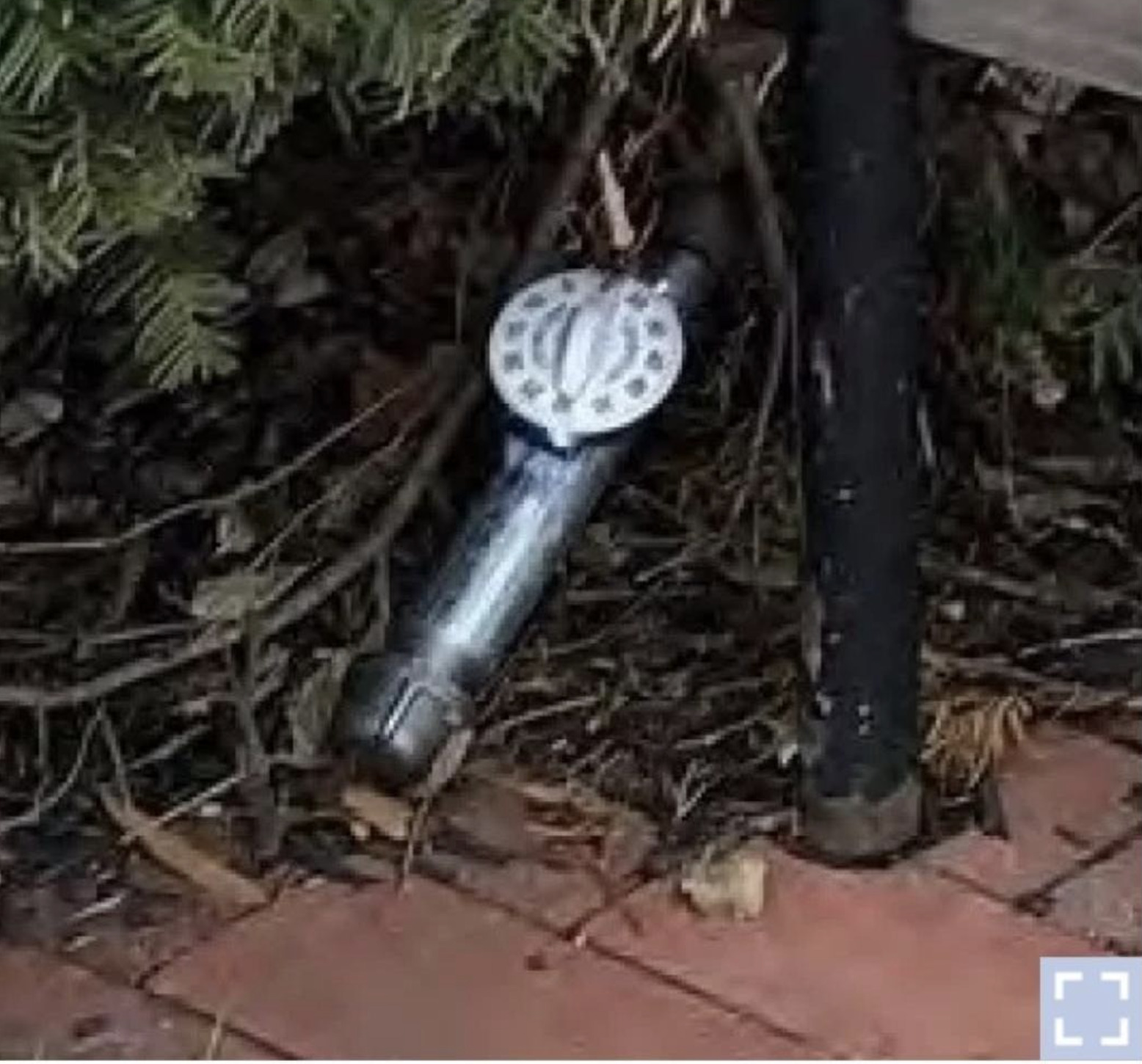 Visual inspection indicates twelve intervals on the mechanical kitchen timer clock, suggesting that the device is a typical radial dial, mechanical one hour kitchen timer with each interval representing five minutes. There are rare two-hour mechanical timers in which each interval represents ten rather than five minutes, though this timer doesn’t appear to be one of these models—and even if it were it would not change our analysis.

Note: There also exist 24-hour mechanical timers, though they look far different and more sophisticated than the ones used in the DNC and RNC pipe bombs.

The following CBS report provides further corroboration that the timer used in the pipe bombs is a one-hour mechanical kitchen timer with no remote detonation capabilities:

The FBI said the bombs were placed outside the RNC and DNC the night before the attack, between 7:30 and 8:30 p.m. January 5. According to a source familiar with the investigation, the FBI has been reviewing hundreds of videos taken around that time.

According to a report obtained by CBS News, the bombs contained only one method of detonation — a 60-minute kitchen timer. The report — which was written by the National Explosives Task Force, a multi-agency group that coordinates explosive expertise for law enforcement and intelligence agencies — suggested there was no evidence of a second or remote detonation method such as a cell phone.

By the way, for members of Congress reading this (and there are many), this National Explosives Task Force Report will be one of the very first things we’ll need to subpoena—it’s outrageous that CBS News is sitting on this report that has gone virtually undiscussed in the media.

For reference, below is an image of the pipe bomb discovered next to the RNC building. Though the image is less clear than that of the DNC pipe bomb, it is clear enough to see that it’s the same type of mechanical timer as used in the DNC pipe bomb: 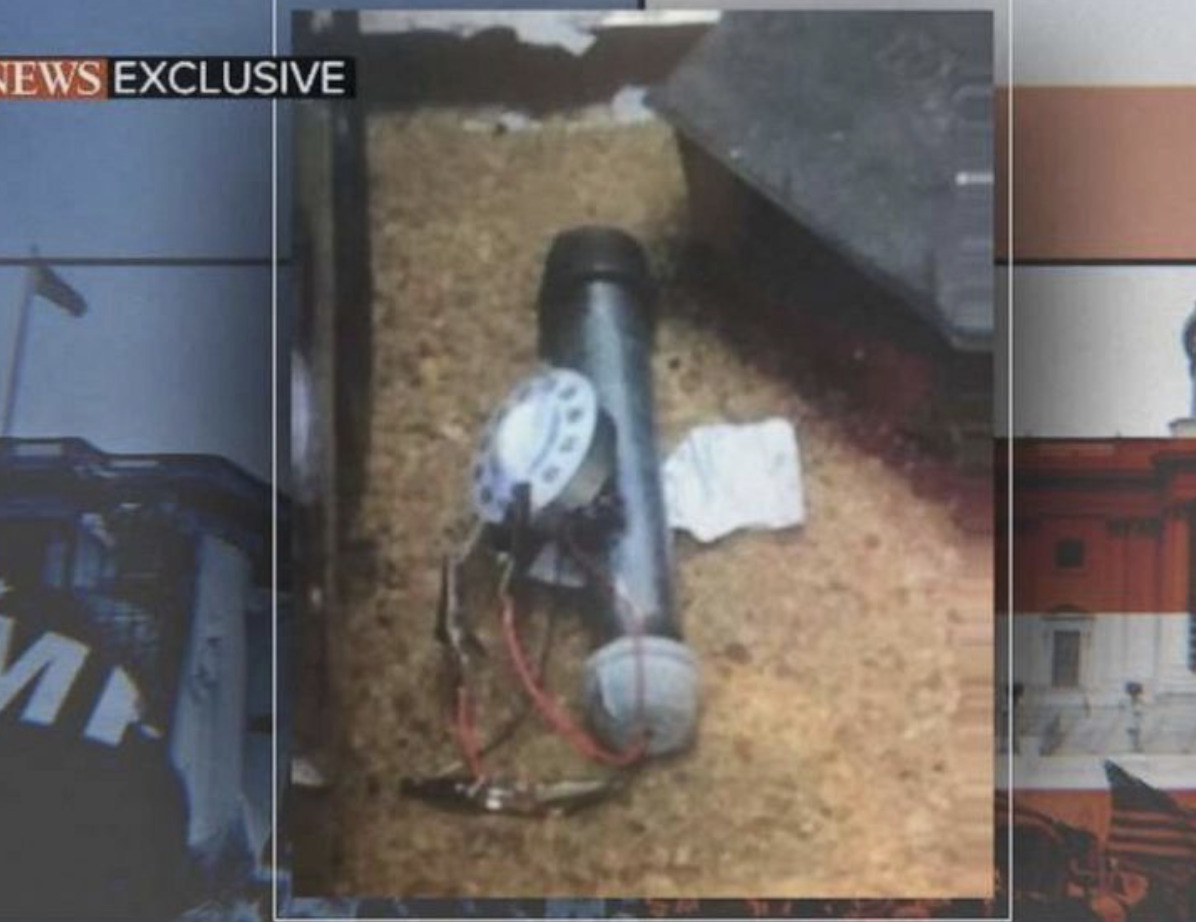 If the timers actually worked, and they actually caused the devices to detonate, they couldn’t have served as a “diversion” to the breach team attacking the Capitol perimeter, because they would have detonated around 9 p.m. on January 5th and hit mostly abandoned buildings long past the end of business hours. The effect of this would have been the opposite of the diversion Sund postulates, and likely would have resulted in reinforced security at and around the Capitol for the duration of the 6th; security which may have even prevented the Capitol breach entirely.

The diversion effect in question also wouldn’t have worked even if the pipe bombs had gone off or were simply discovered anytime during the morning on the 6th. Again, the discovery of such bombs so close to the Capitol in the morning of the 6th would have meant evacuations and reinforced security around the Capitol far earlier on, making it much more difficult for a breach to occur later on in the day.

For the diversion effect to work, the pipe bombs would have had to be discovered in a manner that was pretty closely synchronized with the initial attack on the Capitol perimeter at 12:50.

It appears that the only way the “diversion” theory makes sense is if the pipe bomber knew someone would specifically discover and report the devices to authorities shortly before 1 p.m.

And that’s where things start to get weird. As mentioned in the summary above, not only was the first pipe bomb discovered near the RNC building at 12:40, it was discovered with the mechanical timer actually stuck on the 20 minute dial, as confirmed in this Madison Magazine piece entitled, “A Madison woman found the RNC pipe bomb in D.C.” (emphasis ours):

At noon on Wednesday, Jan. 6, Karlin Younger, working from home in Washington, D.C., decided to use the lunch hour to do laundry.

Even though she’s now in D.C., Younger has still worked remotely since the pandemic. Her apartment is in Washington’s Capitol Hill neighborhood, just a couple of blocks from the Capitol itself.

To reach the laundry room, Younger must walk out the front of her building and walk around to the back via an alleyway that’s shared with the Republican National Committee building, which is located at 310 First St. Southeast.

“It’s an old city block with the buildings flush together,” Younger says. She started her laundry, returned to her apartment, and then around 12:40 p.m. went back out to put her clothes in the dryer.

Younger closed the back gate and as she did so, looked down at what she thought was a piece of garbage or recycling intended for the cans that sit near the gate.

Then she looked a little closer.

“It was right next to the garbage can,” she says. “I saw a tangle of wires. I looked closer and saw a six-inch pipe capped on both ends. Then I saw a timer that was stuck on the number 20. It was a radial dial.”

Younger peered closer. Was it 20 seconds ticking down?

“Thankfully, it was 20 minutes showing on the dial,” she says.

The pipe bomb’s 12:40 p.m. discovery enabled  Capitol police to began responding at 12:49, just one minute before the first and decisive attack on the West Capitol perimeter began. In other words, we see nearly perfect timing to divert resources away from the breach. Not only was the timing of the RNC pipe bomb discovery nearly perfect from the standpoint of diverting from the 12:50 p.m. attack on the Capitol barricades, it was precisely perfect from the stand-point of lining up with the 1:00 p.m. beginning of the election certification process at the Capitol. Indeed, the bomb was discovered at 12:40 p.m. with 20 minutes left on the timer, indicating that it was set to go off at the precise moment the congressional proceeding was set to begin.

How remarkable that the pipe bomb was discovered at the exact perfect time to both divert resources from the initial breach of the Capitol and to create the impression that a MAGA terrorist intended the bomb to go off at exactly the moment the controversial election certification proceedings in Congress were to begin!

But that presents a big problem for the Feds: it turns out none of the people who found the pipe bombs were Trump supporters.

For some reason, Capitol Police Chief Stephen Sund thought the RNC pipe bomb was found by an RNC building employee, but the current official story is that he was mistaken.

As indicated in the excerpt above, public record currently maintains that the GOP device was found randomly by a pedestrian called Karlin Younger on the way to do laundry. For more details on Younger’s background, we recommend that everyone read Julie Kelly’s excellent piece on the pipe bombs at American Greatness.

The DNC and RNC bombs, according to the FBI, were not even planted in the dead of night.

The DNC pipe bomb was planted at 8 p.m., and it wasn’t buried in some ditch somewhere. It was planted right out in the open by a park bench right on the corner of South Capitol and Canal Street: This park bench is not in the middle of nowhere. In addition to being only two blocks from the U.S. Capitol, it is located mere feet outside of the DNC building:

So the pipe bomber – according to the official story — was counting on no one using that scooter and having a functional right eyeball for the next 16 hours. The pipe bomber was also counting on no one sitting on either of these two giant park benches in a high-foot traffic zone the entire next morning. Anyone living near or working in the DNC building getting their morning coffee and sitting on these benches between 6 a.m. through 11 a.m. would have completely ruined the pipe bomber’s alleged “diversion” plan.

A Google street map walk through of the pipe bombers path depicts guards in front of the DNC building within spitting distance of where the pipe bomb was planted:

Also an FBI agent testified in first trial that the “terror enterprise investigation,” official term for Whitmer hoax, needed approval by highest level at DOJ and FBI. This all goes back to Wray.

Well, you know, that was way back in 2021. They’ve probably stopped lying and fabricating evidence now. So, let’s just blindly trust them about the need and effects of the Mar a Lago raid.

Maybe the January 5th video of the bomber was just a rehearsal. You know, I’m no professional terrorist bomber, but if I was planting a bomb with the actual intent of it going off, I would paint it to match the surroundings and, you know, kind of cover it up with camouflaging materials. But, what do I know about such things?