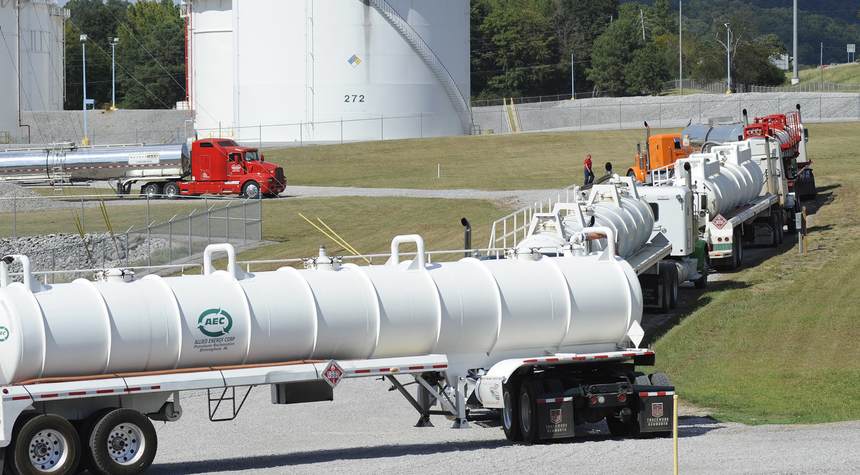 Over the weekend, we looked at the alarming news about rolling blackouts that will be hitting multiple American states this summer and in future hot and cold seasons unless we manage to enhance our supply of electricity while modernizing and enhancing our ancient power grid. But electricity isn’t the only form of energy that will be failing to meet rising demands in the very near future. A recent set of reports from the Institute for Energy Research digs into the supply and demand figures for liquid fuels in the coming months and the news is not encouraging. The title of the report comes in the form of a worrisome question. Will there be enough diesel, jet fuel, and gasoline this summer?

Petroleum product shortages may be ahead as motorists, truck drivers, farmers and airlines are grappling with increasing demand for gasoline, diesel and jet fuel. Despite refiners focusing on diesel in lieu of gasoline this spring, a global diesel shortage is looming. Refiners are planning to spend the summer increasing jet fuel and diesel production instead of gasoline because refining oil into diesel or jet fuel is currently more profitable than making gasoline despite those fuels historically being the least profitable parts of the barrel. Currently, the profit margin on distillates is nearly $60 a barrel, while the margin to make gasoline is $34. As a result, it is unclear what the availability or price of gasoline will be this summer as Americans increase gasoline demand by taking vacations as school lets out.

Here are some of the highlights (or more accurately, lowlights) of the data behind this analysis. First of all, in recent years, seven American refineries, which formerly processed 806,000 barrels of oil per day, have gone offline. Some simply shut down while others are being converted to biofuels like ethanol to meet the demands of the environmental lobby. These losses have left the United States with 124 operating refineries. That is 10 percent fewer refineries for gasoline, diesel and jet fuel than we had in 2016, even as demand has continued to increase.

Our total operating refinery capacity dropped by 4.5 percent between 2020 and 2021 to 17.7 million barrels per day. That’s the lowest level we’ve seen since 2013. The current U.S. stockpile of diesel fuel is at a nearly two-decade low. The distilled fuel oil stockpile also declined precipitously. Meanwhile, the price of jet fuel has been rising due to supply and demand issues. Because the vast majority of food and other goods are all transported by a combination of aircraft and trucks (the vast majority of which use diesel), when those prices rise, the cost of everything goes up. And when the supply of those fuels falters, the supply chain shuts down. We already saw examples of this over the past six months. If something doesn’t change, it’s going to get worse.

All of this is taking place during the same period of time when President Biden has canceled three oil and gas lease sales.

These cancellations come when the national average price of regular gas hit an all-time high of $4.418 a gallon, according to AAA, and Americans are suffering under high inflation with the CPI increasing almost 15 percent since Biden took office. Under federal law, the Interior Department is required to adhere to a five-year offshore leasing plan, which was set to end at the end of June in the case of the affected leases. In January 2021, President Biden signed an executive order freezing all new oil and gas leasing on federal lands.

Far too many people who are understandably complaining about high gas prices and empty shelves in stores seem to assume that these fuel issues will be transitory in nature as they have been in the past and things will “go back to normal” before long. That’s simply not the case.

These liberals are mentally sick and the only way they can b...
They're "Coming for Your Children" - No, Really

There’s no freedom when stupid people aren’t allowed to ...