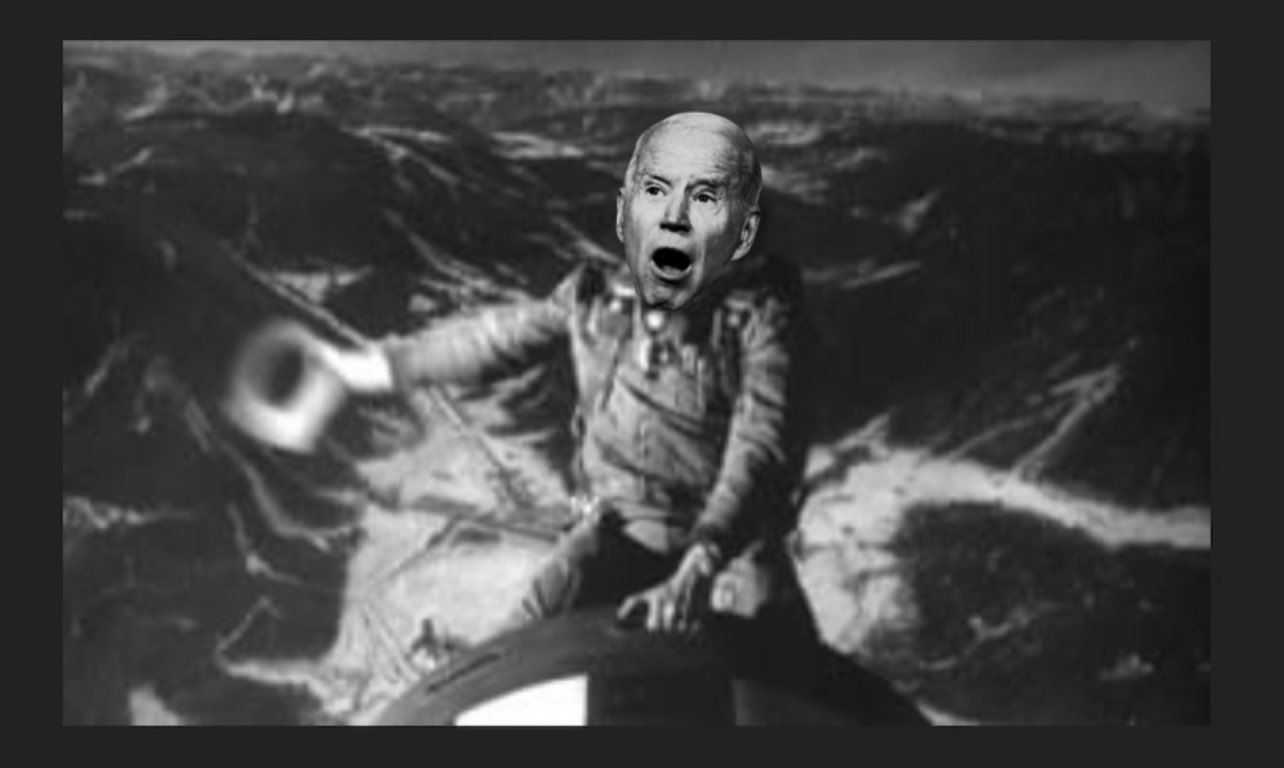 Inadvertently, President Joe Biden just made one of the most convincing arguments for gun rights.

In fact, he was quite possibly more convincing than any other president in U.S. history.

Biden made the remarks Wednesday during a news conference as he explained that his crime prevention strategy would largely focus on “strengthening background checks, banning assault weapons and high-capacity magazines, and boosting community policing,” Fox News reported.

The president began by saying “most responsible gun owners” agree that “no possible justification for having 100 rounds in a magazine.”

“Those who say the blood of patriots, you know, and all the stuff about how we’re gonna have to move against the government,” Biden said.

“If you think you need to have weapons to take on the government, you need F-15s and maybe some nuclear weapons.”

It’s actually hilarious how contradictory leftists’ logic can be.

According to them, an AR-15 is a weapon of war far too powerful to possibly be entrusted to a civilian.

Also, according to leftists, if the government wants to kill you, your puny AR-15s won’t be able to do anything to stop it.

Well, are so-called “assault weapons” military weapons, or aren’t they?

The Second Amendment is enshrined so that an armed populace can protect its own liberty from government oppression, so how could you possibly justify restricting a weapon that isn’t even powerful enough to fulfill that purpose?

If anything, Americans deserve the right to even more powerful weapons.

Biden’s claim that these weapons aren’t powerful enough to take on the U.S. government isn’t quite making the case he hopes.

How was weapon ownership restricted “from the very beginning” after ratification of the 2nd Amendment? And if background checks are so vital, why doesn’t he prosecute his crackhead, whore-mongering son for providing false information on his?

the pedophile is a pathological lair, narassistic, faux pres and a hypocritical catholic. he use to be a major drunk when he entered the senate.

Unfortunately, I see no reason to believe that either Biden (okay the people with their hands up his ass) or what passes for leadership in the Pentagon these days, would hesitate to order attack aircraft or even nuclear weapons be unleashed on Americans considered to be in rebellion. NO. REASON. AT ALL!!!

The senile pervert who was installed in WH doesn’t know much about the Constitution or military history, like most lefties. He should stick to topics he is familiar with such as corruption and perversion. The scary part is that while he was giving his nuke the opposition speech, the Chairman of the Joint Chiefs was openly advocating that left political ideology be pushed within the ranks of the military and was using flat lies about January 6th to help make his “point”. Leon Trotsky would have been proud.

when wore dog billy was an alleged pres., he lost the “football” for six weeks. When the USSS discovered it gone, they issues search warrents for all the women he had sex with over the last 6 weeks. they found it in the bed room of the third female wedged under the bed. not only is billy a whore dog but also a child sex predator.

when wore dog billy was an alleged pres., he lost the “football” for six weeks. When the USSS discovered it gone, they issues search warrents for all the women he had sex with over the last 6 weeks. they found it in the bed room of the third female wedged under the bed. not only is billy a whore dog but also a child sex predator.

Biden’s not “the government”.

He’s also not “the president”. But, he most definitely is “the idiot”.

A reporter from the Bee offered this
The nation scrambled to buy F-15s and nuclear weapons after President Biden said in a speech Wednesday that you’ll never beat a government unless you have the fighter jets and intercontinental ballistic missiles.

All over the nation, American citizens were seen parking their brand-new F-15s in their driveways and garages. Some wealthier Americans purchased the F-22, while less fortunate citizens were forced to buy the F-35 joint fighter. But no matter what craft they chose, American citizens said they were just glad to finally be protected against a tyrannical government.

“I need an F-15 to beat the government? Say no more, fam!” said one man in New Hampshire as he happily rushed out to his local F-15 dealer to pick up the latest model. “Before, I thought my AR-15 would be enough, but when Biden pointed out that the U.S. government has fighter jets and I only have an assault rifle, I realized I really needed to beef up my anti-tyranny defense systems.”

“Thanks, Mr. Biden! I sure am glad you reminded me of how brutal a government can be against its own citizens and how governments throughout history have in fact attacked their own people once they are disarmed and helpless.”

The man was later seen picking up an M1 Abrams tank.