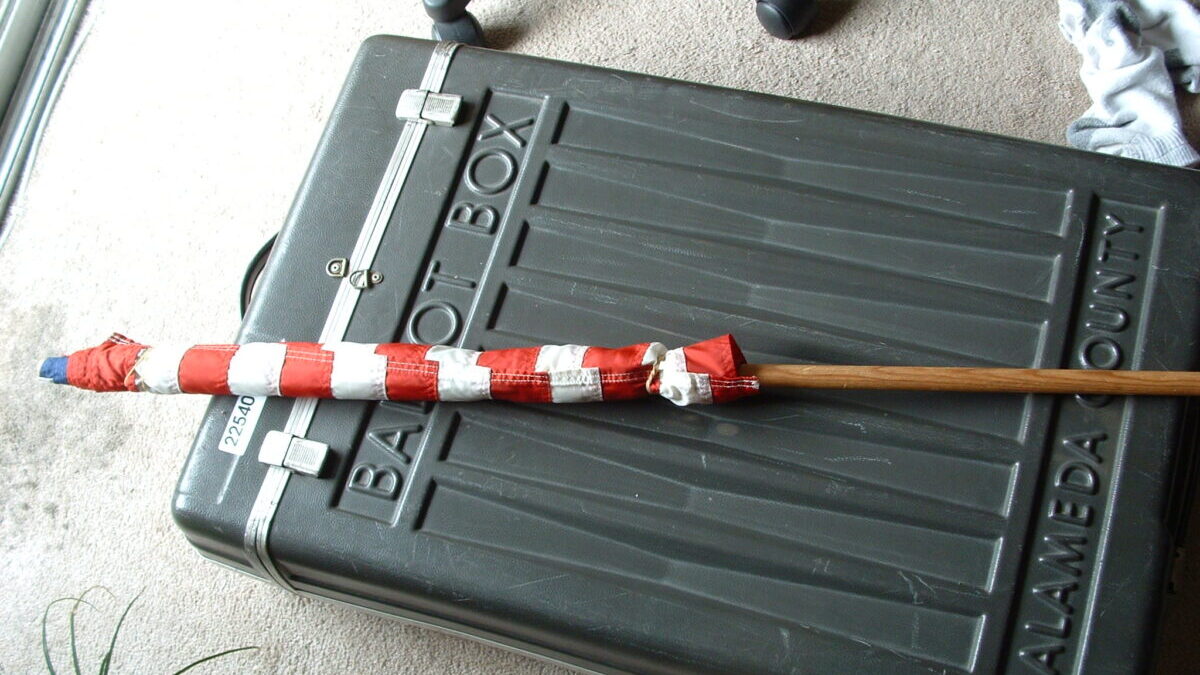 The Democrats are fiercely working to overhaul elections ahead of the midterms.

The House of Representatives on Wednesday passed a proposal to overhaul rules for certifying presidential elections.

The House voted 229-203 to pass the proposal – 9 Republican lawmakers voted with the Democrats.

“The House legislation overhauls certain parts of the Electoral Count Act, which sets out deadlines for states to certify their presidential contests, establishes a process to send electors to Washington, names the vice president as the overseer of the vote count and lays out a process for lawmakers to challenge results.” Politico reported.

In other words, the Democrats are working to make it easier for them to steal elections after they set up Zuckerberg ballot boxes all over the country.

The House’s version of the legislation is not expected to pass the Senate.

The Senate’s version of the Electoral Count Act will go “through a markup next week,” Politico reported.

“To all those who oppose this legislation, I ask you, how could anyone vote against free and fair elections — the cornerstone of our constitution?” Speaker Nancy Pelosi said Wednesday on the House floor.

House Democrats are also desperately trying to pass HR. 8873 before they leave office for the midterm elections.

The bill is an urgent attempt by Democrats to put in place rules to ensure they can steal all future elections from the American people.

Democrats constantly try to change the rules to favor fraud, oppose anything that makes elections more secure and pass laws that makes single-party rule more easily accomplished. There is but one reason for that; they hate the Constitution, they hate the People and they hate the ability of the People to vote for their representatives.

What is there in the bill that changes the rules to favor fraud?

BARR LIED! FOIA Requests Reveal There Were No DOJ Investigations on Election Fraud After 2020 Election as Bill Barr

Everyone was simply afraid to expose the obvious, afraid it would tear the nation apart. The alternative, of course, what this catastrophic disaster the nation is suffering through currently.

I dont have the time or the crayons available to attempt explain it to a low level moron as yourself.

In other words, you don’t have a clue. Always a ready insult, however. How very Trumpy.

I dont have the time or the crayons available to attempt explain it to a low level moron as yourself.

You, who never answers questions, expects someone to answer yours? Really?

Well, anyway, taking steps to head off the ability to contest election results obviously supports committing fraud. If the opposition is denied the avenue to contest obviously contentious election results, then fraud cannot be stopped. Of course, looking down the road, it wouldn’t stop Democrats from denying results, as they have always done, regardless of a complete lack of any evidence of fraud.

I don’t like what almost happened on January 6. Trump had phony electors with phony credentials ready to step right in—that’s an established fact. I don’t like the possibility that a state legislature could designate electors that don’t correspond to the results of the state election. Such possibilities have to be removed. If it happened only one time, it would be the end of our constitutional government. Once it’s gone, you don’t get it back. You wind up with somebody like Putin.

A false-flag was conducted on J6th to solidify a fraudulent election.

No insurrection, no “faulty electors”, no Trump calling for violence…nothing.

Once gone, you don’t get it back.

Yes. You people have ended our Constitutional Republic and now act like Putin.

Yes it does. We had plenty of credible evidence for the illegitimate 2020 election. You fools needed the FBI to stage a fake “riot” to prevent the legal process of questioning the obviously corrupt results.

This bill is to make Democrat fraud even that much easier to slip through.

Sure you do. You just can’t show it to anybody. It couldn’t be presented to any one of MANY judges. Rudy wouldn’t even state under oath that it exists. No one can put it online for all the world to see.

Well, some people actually intentionally voted for idiot Biden, so…

I think people want to feel safe, and part of the herd. That’s how fascists, communists, and people like you come to power by just bombarding the low-thinking among us with lies.

It’s safer for them to agree with Stephen Colbert than to think for themselves.

Luckily, America is about bucking this weak impulse.

A false-flag was conducted on J6th to solidify a fraudulent election.

Says who? Qanon? Trump propagandists? The phony electors and phony credentials are established facts. The phony documents exists. They were illegally filed. The identities of the phony electors are known. Had the electoral count been stopped, and the matter thrown back on the states, that whole scheme would have played out. We came within an inch. They were ready to spirit Pence away, which would have stopped the vote. But he refused to go. He knew exactly what was going on. He chose the Constitution and his oath of office over Donald Trump, despite the pressure.

I think the fact that Democrats will do everything possible to AVOID bringing Ray Epps and the 25 or so other FBI assets present at the Capital on January 6th says it pretty clearly. Just like Fast and Furious, just like IRS targeting, just like Hillary’s emails, just like Schiff’s “evidence”, just like election fraud, if Democrats actually believed their rhetoric, they would have open, bipartisan, honest investigations.

The absolute irrefutable fact is that idiot Biden NEVER received a majority of votes nor won the swing states that gave him the electoral majority. Democrats committed widespread fraud to expand idiot Biden’s 40 to 50 million actual votes to that fantastic, unbelievable 80 million. WHY the vast majority voted against basement Pedo Pete and voted for Trump is now painfully, miserably, horrifically, tragically obvious.

Credible evidence that everyone could see.

And I saw CNN up at the gym this evening, with the new “QANON” and Trump talking point.

Who do you work for that you match up with the Leftist-Deep State talking points to a tee?

Do they email you, or do you just get your cues from the news, like Mother Night?

I think my dislikes override yours. In fact, without mine, yours would not exist.

Generate a crisis, commit fraud, then use the crisis to codify the fraud.

The Bill makes it illegal to question results.

The Bill makes it illegal to question results.

No it doesn’t. There’s a judicial process to question election results. That already exists, and will remain. The only catch is that you’ve got to be able to establish significant irregularities occurred with credible evidence. Credible evidence is not too much to ask. If you DON’T require that, ALL election results are rendered irrelevant.

That itself can be a goal, if you’re somebody like Putin.

That itself can be a goal, if you’re somebody like Putin.

And the Biden regime is CERTAINLY just like Putin.

Credible evidence is not too much to ask. If you DON’T require that, ALL election results are rendered irrelevant.

It’s been given, but when you’re the ones who question every election that doesn’t go your way, how can you expect anyone to respect your analysis or opinion?

The 2020 election was rigged and the nation now suffers our first dictatorship. We are working hard to remove the illegal Biden and restore our democracy.

Most of it is unconstitutional as it interferes with Article 2 where ultimately the states have plenary power over elections.

Mail in ballots that don’t require signatures (or even folding), no voter ID, no chain of custody, vote harvesting and stuffable drop boxes all do nothing but BROADCAST massive election fraud. Democrats demand all these things and oppose anything and everything that establishes a credible trust in elections. They won’t even allow voter lists to be updated to remove the dead and those who have moved. Beyond any possible defense, Democrats cling to anything that can facilitate fraud and cheating. Now they want to make it harder to contest their fraudulent results.