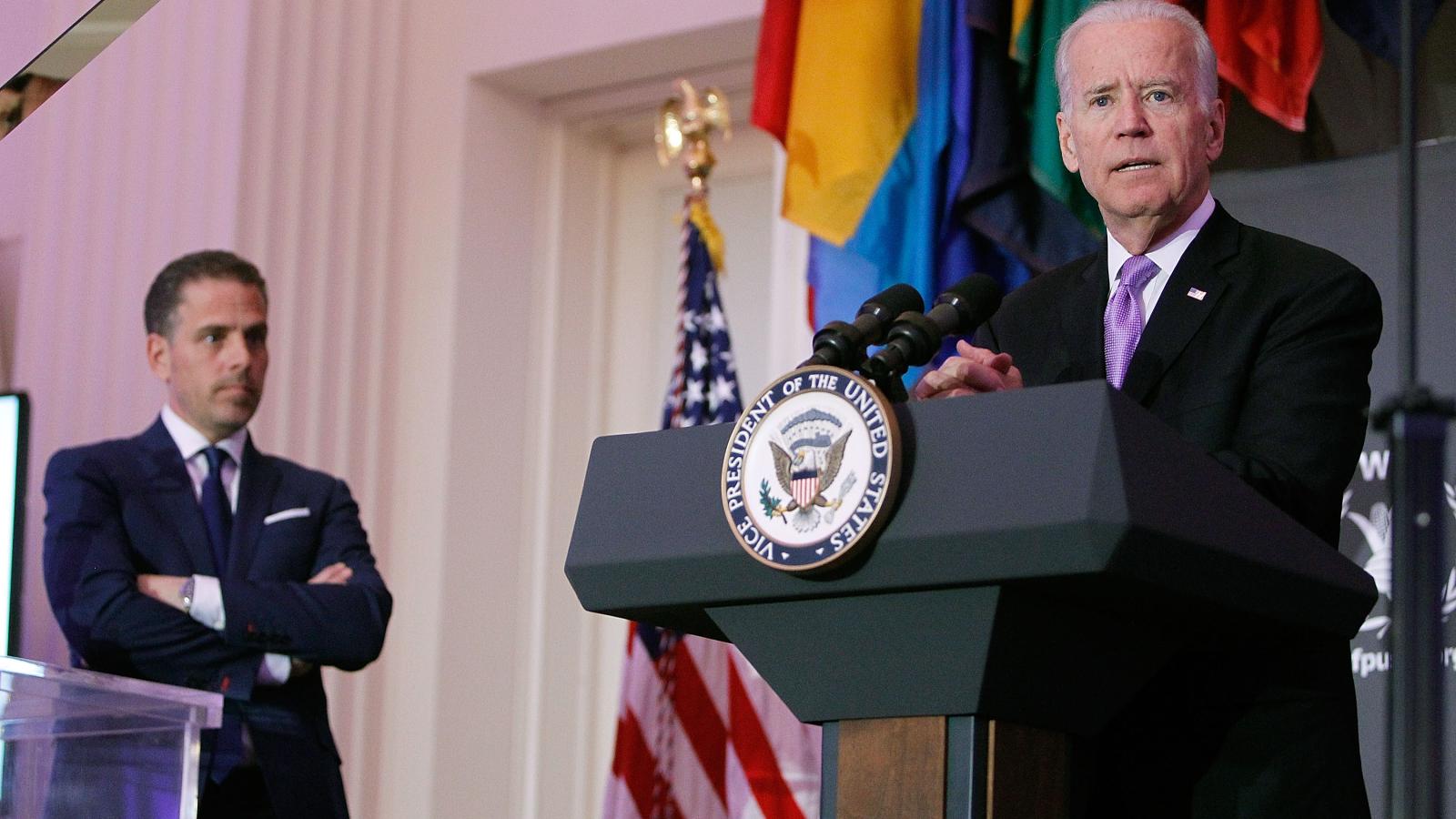 Still smarting from Democrats’ protracted fight to get Donald Trump’s private tax records, House Republicans are planning to turn the tables and fight for secret bank records showing the timing of suspicious foreign payments to Hunter Biden in hopes of determining if any such proceeds made their way to President Joe Biden.

Rep. James Comer (R-Ky.), the incoming chairman of the House Oversight Committee, told Just the News that fighting the Biden administration for access to some 150 Suspicious Activity Reports (SAR) filed by banks concerning Hunter Biden’s financial transactions would allow investigators to determine to what extent, if any, Joe Biden benefited from his son’s foreign influence peddling.

“This isn’t a fishing expedition,” Comer told the John Solomon Reports podcast this week. “We have every reason to believe that Hunter Biden was paying for living expenses for Joe Biden, a significant amount of living expenses. And we want to verify that.”

Comer said the pursuit is ripped from the Democrats’ playbook.

Comer said he expects a fight from the Biden administration, which he said is now claiming SARs are exempt from congressional oversight. He is ready to use subpoenas to force the issue.

“When the White House will inevitably say, ‘Well, Joe Biden wasn’t benefiting from Hunter’s shady business dealings,’ there’s gonna be a little ‘Wait a minute now, who was paying for this, and who was paying for that? How did the President afford this? Who paid for that?'” he explained. “And that’s why we need the bank records.”

Just the News reported in April that emails on a Hunter Biden laptop seized by the FBI show Joe Biden was more involved in Hunter Biden’s financial and business dealings than previously acknowledged and that the two commingled their finances at times.

For instance, the president allowed his son to pay some of his bills, diverted one of his tax refunds to Hunter, rubbed elbows with the first son’s foreign clients and even directly referred a friend who wanted to “do some work” with his son.

A string of spring and summer 2010 emails, for example, show Hunter Biden and a partner at his Rosemont Seneca firm assisted the White House with documents for then-Vice President Joe Biden’s tax returns after his first year in office. Afterwards, they chose to divert Joe Biden’s Delaware state tax refund to Hunter Biden to pay off money the father owed his son, the emails state.

“I am depositing it in his account and writing a check in that amount back to you since he owes it to you,” Rosemont Seneca official Eric Schwerin wrote in June 2010 about Joe Biden’s tax refund. “Don’t think I need to run it by him, but if you want to go ahead.”

They included $1,239 of air conditioner repairs at “mom-mom’s cottage” and another $1,475 to paint the “back wall and columns at the lake house.” There was $475 “for shutters” and $2,600 for building or repairing a “stone retaining wall at the lake.”

Comer said he and House Judiciary Committee chairman Jim Jordan (R-Ohio) are collaborating on the Biden family corruption probe, with Jordan taking lead on why it has taken the FBI four years to investigate the serious allegations. Some FBI whistleblowers have alleged politics played a role in sidelining some aspects of the Hunter Biden probe that has been underway since 2018.

Anyone remember seeing idiot Biden claim the income from Hunter paying his bills on his income tax returns? As opposed to simply wanting Trump’s tax returns to just look around and see what can be exploited, there is definite evidence of crimes committed and tax evasion here. Idiot Biden’s Treasury refuses to turn the SAR”s over to the House committee. You know, because there is nothing fishy here and they are so honest and transparent.

Report on the Biden Laptop (marcopolousa.org)

For the good of the Country, the biden crime family cartel must be exposed and from that prosecuted.

Every city, county, state and federal gov’t entity are corrupt to the core, to especially including the UN-elected bureaucrats. No prosecution will occur. Period, full stop.
OUR countries judiciary are bought by the [globalists] and our Military seems to be AWOL.
Unfortunately.
If it were not so, ‘FRAUD VITIATES ALL’, it is a SCOTUS ruling/precedent…

The Law, such that it is, has a thing called ‘case law’. [scotus] ‘case law’ says FRAUD vitiates all. I pray that means [scotus] picks…

11
There is no question of the general doctrine that fraud vitiates the most solemn contracts, documents, and even judgments. There is also no question that many rights originally founded in fraud become—by lapse of time, by the difficulty of proving the fraud, and by the protection which the law throws around rights once established by formal judicial proceedings in tribunals established by law, according to the methods of the law—no longer open to inquiry in the usual and ordinary methods. Of this class are judgments and decrees of a court deciding between parties before the court and subject to its jurisdiction, in a trial which has presented the claims of the parties, and where they have received the consideration of the court.

No one gives a crap about Hunter Biden.

[hunted] leads to all the [ftx’x] {there is not just one}. He will lead to [biden] & [the ho] being impeached/removed. Maybe, but the normies will be shaken, ‘AGAIN’, with the truth of our filthy corrupt Gov’t…

The chances of that happening are as clear as the intelligibility of your post.

Bless your heart
can you understand that?

No, not enough brackets.

And over half the country doesn’t give a crap about all the FBI-executed “scandals” on Trump that never happened.

True. We only care about his part in influence peddling and idiot Biden sell influence, taking taxpayer money laundered through Burisma, destroying our energy industry to benefit his foreign investments, tax evasion and treason. Hunter is a piece of shit waste of skin that the world can easily do without. He is a mere vehicle for corruption.

But even those following this keep saying “Hunter Biden.”

The story is about Joe Biden.

It’s Hunter’s laptop. Hunter preserved the evidence and Hunter delivered the evidence. That’s the extent of the interest in Hunter.

Beyond that, his “art” sales should be investigated to see who he was laundering money for and where the money went. He should also be charged with falsifying a firearms background check, if anyone on the left actually believes in background checks.

They don’t do anything.

This is Americans vs Fascists (Dems/GOP/Deep State)

The whole cabal of government installs and the money that put them into power so they could pay back dividends.